Ever walked down the streets of Manhattan only to stop and stare at some random street art? Well now, anyone can keep up with street art without having to walk all around the city. Introducing Vandalog, a blog specifically made for street art. Vandalog started in October 2008 with RJ Rushmore, who acts as editor-in-chief and sometimes writer, and later on additional writers came along like Caroline Caldwell, Laura Calle, Gaia, Luke McManus, Tom Pearson, along with a splash of guest contributors. Some of these contributing writers, like Gaia, are street artists.

Vandalog is a simple blog, surprisingly without much advertisement. Of course it has it’s own store, where one can buy graphic printed shirts. The blog is straightforward and easy to navigate, there is a search box in the upper right of the page. It’s usually one post per day. Most contributors interview the artist and their motivation behind each piece, while other contributors explain the history of the district (usually an abandoned warehouse, or prison) that became a free canvas for artists.

One particular post that grabbed my interest was street artist Adrian Doyle’s recent work. Doyle paints Rutledge Lane, Melbourne street, an art hotspot completely blue! Melbourne is the most renowned street art by location, though it’s not the best since the lost of its curator, Andy Mac. Now Melbourne’s art has gone down in quality since there’s no regulator. Rutledge Lane is now known as the practice spot.

The reason behind Doyle’s buff of everything in sight, was to relate to his early life in the heart of suburbia, where he has lost some of his childhood. And decided to come up with his own color that could capture his childhood and suburban experience, Empty- Nursery Blue.

A strong point of this blog is that you don’t need to know the history behind the artist to figure the meaning to his or her work, usually the authors would give a quick brief historical context. Each post is informative, bringing out the reason behind each piece along with the artist’s motivation. Not only do the contributors talk about the artist’s social circumstances, but also illustrate their technique and art.

One of the greatest part of this blog that made it even more fond to me, was it’s contributions to the art world. Even though Vandalog was an art blog, it had been behind plenty of street art projects in the UK and USA. For instance there’s the Roa in Shoreditch, London. 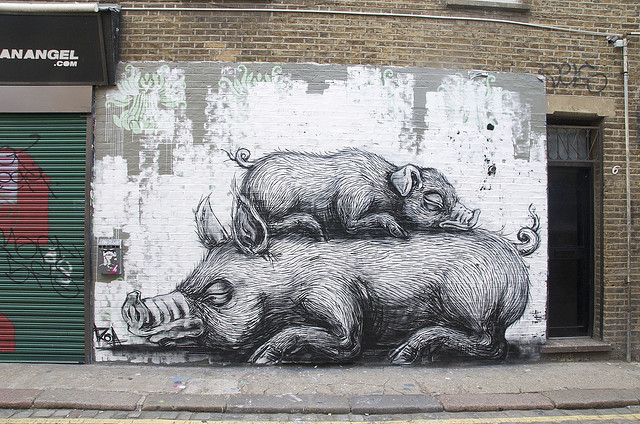 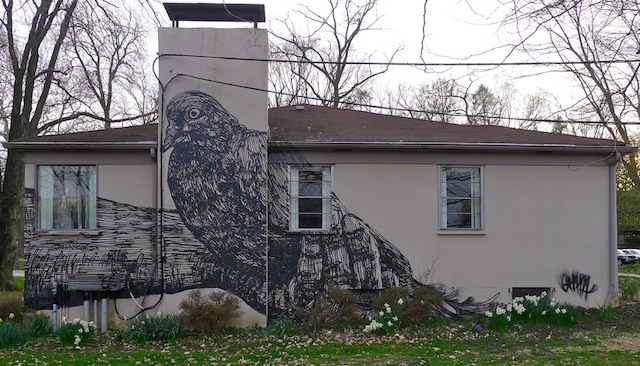 ← A Day in the Life of a Photography Blogger
Lens: Photography, Video and Visual Journalism →