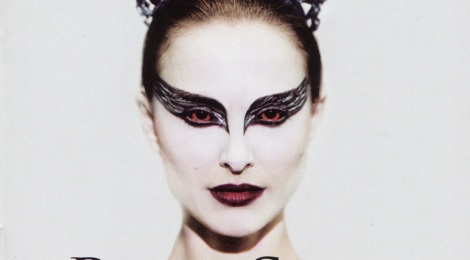 “The new production needs a new swan queen. A fresh face to present to the world. But which of you can embody both swans? The white and the black?” This is it. The role that “every dancer in the world” would claw over her fellows for: the double role of the White Swan and the Black Swan. Doing justice to this role is far from easy; the dancer must undergo a spiritual metamorphosis, transforming from a pool of fragile innocence into a cyclone of lust and sensuality.

The dichotomy of hero and villain is present in countless movies, but Darren Aronofsky’s Black Swan (2010) pushes a single character to be both. A brilliantly depicted psychological thriller, the movie was centered on Tchaikovsky’s Swan Lake. The talented Natalie Portman embodies the character of Nina Sayers, the meticulous ballerina plagued by an obsession for perfection, beautifully. In fact, Portman deservedly won the Oscar for Best Actress for this role! Supporting actress Mila Kunis, playing Lily (Nina’s rival/understudy for the main role), provides the film with the levity and fluidity needed to balance out Nina’s discipline.

Nina’s precision is evident from the very beginning of the movie and is why the artistic director of the ballet company does not want to cast her in the principle role. The director believes that Nina does not have it in her to play the loose and guileful Black Swan. After a botched audition, Nina speaks to the director and eventually gets him to give her the role. However, he emphasizes that Nina needs to work on her sexual appeal – the audience and the Prince are supposed to be madly seduced by the Black Swan and Nina’s natural purity does not do that. Rehearsals begin and Nina watches Lily, a new dancer. Lily’s technique isn’t as refined as Nina’s but Lily dances uninhibitedly and passionately. Eventually the pressure of trying so hard to change her gentle technique begins to get to Nina. She starts to hallucinate, seeing her own skin peel off. Soon enough, she becomes irritated with her overbearing mother and rebels for the first time to go out late one night with Lily. After stumbling home intoxicated, Nina and Lily share an intimate night together in Nina’s bedroom. However, at the studio the next day, Nina learns that she had imagined the whole night since Lily went home with a guy she met at the bar.

When opening night arrives, Nina’s mother tries to prevent Nina from going to the recital hall because she is concerned for Nina’s health. Nina fights past her protective mother to dance the role she has relinquished her sanity for. After dancing the first part of the White Swan, Nina retreats to her dressing room and has an altercation with Lily. Lily states that she wants to play the Black Swan in the second part. Nina shoves Lily into a mirror, stabs her with a shard of glass, and then hides the body. Nina then goes out on stage and dances the Black Swan entrancingly. When Nina returns to her dressing room to get ready for her last act as the White Swan, Lily comes to congratulate Nina on an exceptional performance and Nina realizes that she imagined the whole fight. Looking down at herself, Nina realizes that she stabbed herself in the stomach. Ignoring this, Nina returns to stage to complete a superb performance. At the very end, part of a horde of ballerinas praising Nina, Lily sees the growing blood stain on Nina’s stomach. Cries for help are heard along with Nina’s last words, “I was perfect.”

Competing with other masterfully portrayed scenes, one scene that shines just a bit brighter is that of the broken ballerina. Throughout the movie, there are shots of a twirling ballerina that plays twinkling music in Nina’s room. The night before Opening Night, Nina begins to transform physically into a black swan, her knees inverting to imitate bird legs. Nina falls, knocking down her ballerina trinket. The next shot is a close up of the ballerina, still spinning to the same haunting melody but now with broken off legs. This quick scene is able to capture the essence of the movie like no other scene. Using the continuing motif of the ballerina toy, the filmmakers were able to represent Nina’s journey by showing the violent defacing of an innocent girlhood toy into a broken ballerina.

By excellently and thoroughly depicting the psyche of the insecure star, Aronofsky is able to help the audience understand the depths to which artists can sink to fulfill their desires. This movie is highly recommended for anyone over the age of seventeen who enjoys movies revolving around thrills, psyche, and dance. Be warned, this is not a comedy nor is it your regular old Swan Lake.