American History X: A Film that Makes A Stand Against Ignorance

Martin John / October 5, 2013 / Comments Off on American History X: A Film that Makes A Stand Against Ignorance / Film Review

American History X, directed by Tony Kaye, is about two brothers who get themselves involved in a Neo-Nazi movement in Long Beach when their father is murdered by a black drug dealer. Derek Vinyard, played by Edward Norton, eventually spends 3 years in jail after he brutally murders two black men. When Derek returns home, he is a changed man. However, he sees that his younger brother, Daniel Vinyard, had tried to follow in his footsteps and is now dangerously associated with the Nazi movement. The film shows how Derek changes during his time in jail and how he tries to prevent Daniel from making the same mistakes he made.

Derek is by far the most interesting character in the movie. He deserves pity because he used to be such a bright child until he was misguided at a young age. Then, he had to cope with the loss of his father while keeping his family together. To wrap this sad story all together, his anger and sadness becomes exploited as Derek is manipulated and convinced to join the Neo-Nazi movement growing in Long Beach. He deserves punishment at the same time, however, for some of his actions are borderline-unforgivable; the violence he inflicts on others is horrifying and the abuse he shows to his own family as he follows a racist ideology is unfair. As Derek slowly begins to open his mind in jail, he sees his entire reality shatter into pieces. His racist ideology suddenly has no basis and his acts of justice suddenly appears vicious and cruel. Derek finally becomes a sympathetic character when we see just how much he had to endure in jail and how hard he tries to set everything right. One thing about Derek that I admire is his unrelenting determination; unfortunately it both builds and destroys him.

Daniel is also a sympathetic character. He is truly an example of someone that is the result of his environment. Throughout the movie, Daniel shows signs that he is a part of the environment that he lives in. For example, when he is at the principle’s office, he is chewing on the end of an American flag. This is a tell-tale sign that he, like the Nazi movement that he is affiliated with, is a strong patriot (to the extent that it becomes dangerously nationalistic). He wears baggy clothes, similar to all the other members of the Nazi movement. However, at the same time, he tries to match his brother’s boldness. For example, he writes a report labelled “My Mein Kampf” as a way to directly insult his Jewish teacher. I cannot hate Daniel because he is so obviously molded to shape his environment that his actions don’t truly reflect his true feelings. Daniel is in fact a very bright child; the only person that needs to realize this is Daniel.

Tony Kaye sets up the plot in a non-linear fashion. A lot of flashbacks are used, and in between each flashback we see and slightly understand more of the present. Kaye, when illustrating a flashback, uses a monochrome setting to depict the past. The monochrome style  are successful for it brings about a harsh reality to these particular scenes. When Derek murders the two black men, the black-and-white coloration makes Derek seem almost ghastly and horrifying. Even more terrifying was the smile of satisfaction he had on his face after he kills the two men (see first picture). With the simple change of color, Kaye completely changed the emotion of each scene. The soundtrack for the film was fantastic, for the music all sounded angelic, and yet sad at the same time. The music reflects both Daniel and Derek, for both characters are inherently good, but changed for the worse simply due to the environment that they could not fully control or understand.

A strong theme in this movie is the power of ignorance. I hardly mean this in a good way; the power of ignorance is harsh and brutal. The lack of understanding between people simply leads to undefined hatred, which eventually leads to undefined brutality. Derek became part of the Neo-Nazi movement largely because of the fact that he was upset and angry and the unfairness of his father’s death. Another strong theme in this movie is environment and how it can have an immense effect on the up-bringing of people. When the white people of Long Beach rally together and form a Nazi movement, obviously as a result of their environment, people of different ethnicities will band together as a form of tribalism in retaliation. If people hate you, you hate them back. Why? You don’t know, but since they hates you, why not hate them back? This mixture of environment and ignorance both play a part in racism and this movie does a superb job in illustrating this. I only wish I wrote this review sooner, for I probably would have been able to be more articulate in how this movie was successful in illustrating racism. 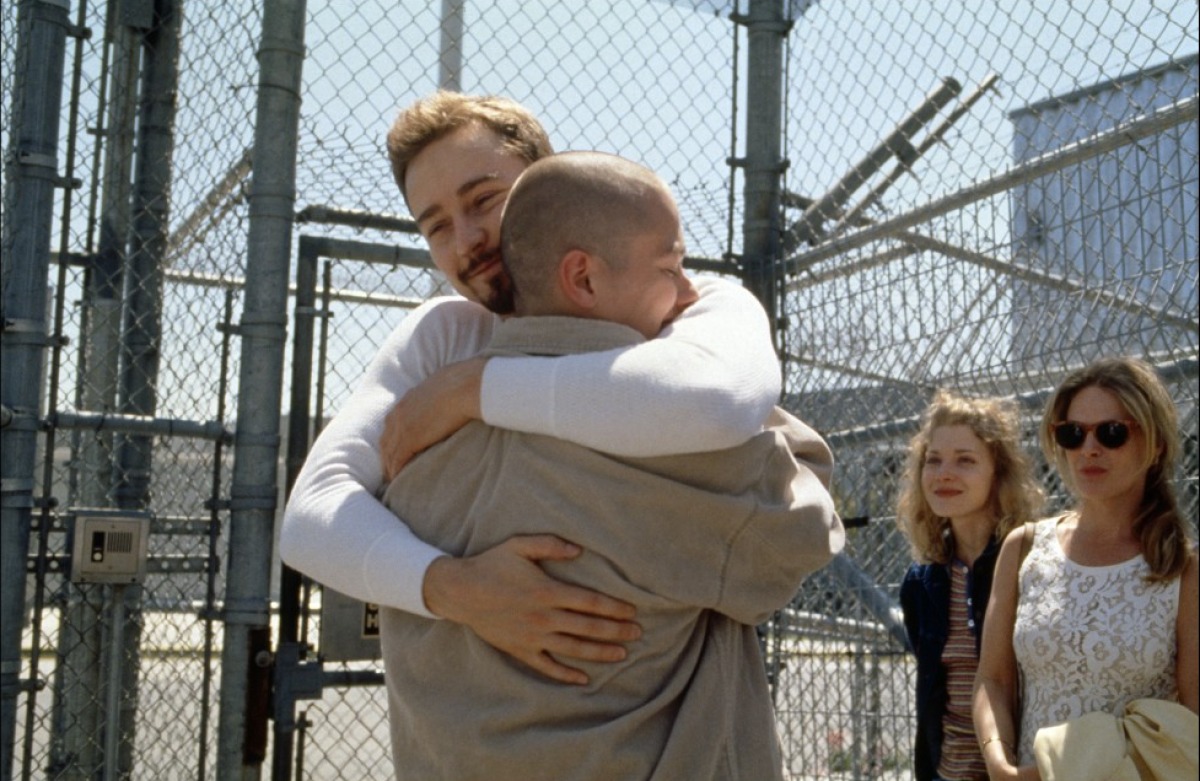 ← The High Line: A Wormhole!
The Brief Wondrous Life of Oscar Wao →