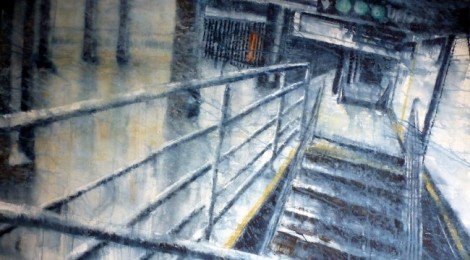 As I was surfing the web for any interesting works of art, I came across this website called Subway Art Blog. Created by Jowy Romano, this blog is truly holds a dazzling array of art specific to the New York City subway. The showcased artwork is usually graffiti, but sometimes Romano likes to feature paintings that illustrate the subway in a new light. 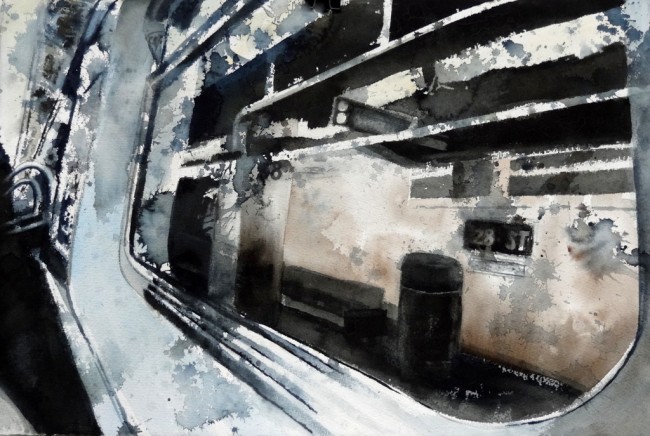 The design of the blog itself is very detailed. The illustration of the header of the blog, designed by Ami Plasse, may not be overly unique, but it creates both a dull and rough picture of the people who ride the subway on a daily basis; a man wearing headphones, another sleeping and leaning slightly on his neighbor’s shoulder. Already, I feel as though this blog is real, that it is a true representation of the art that is a part of the NYC subway. In addition to the illustration on the header, the top of the text box shows the outline of the city and directly below it is a gray train. On the right side of the text box, there is a small piece of the subway map, showing part of the train lines that run through the city. I expect that many will not notice this immediately, but I certainly did and I like that Romano has included this subtle detail.

Most of the pictures on the blog are large with clear resolution, which is a huge plus. I can’t tell you enough how disappointed I get when good works of art are pixelated and about the size of a fingernail. Another good thing about this blog is that there are no annoying pop-ups. Romano likes to write only a few lines, maybe to point out a famous artist tag or a fun fact about the art shown, which I respect. Leave the analyzing to the people of NYC; after all, most of these subway artists are just normal city folk themselves. 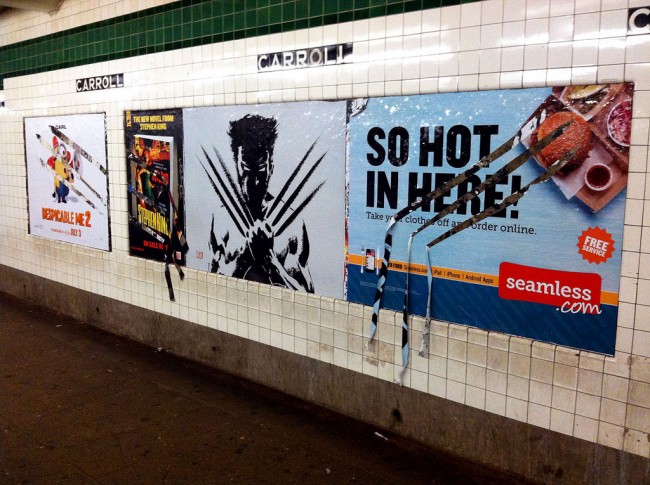 A lot of the works of art that are on this blog are not just stunning; many have a clever meaning behind them. For example, in the picture above, the art is not so much beautiful as it is funny. When I saw this picture, my immediate thought was, “Ah, I see what you did there, mysterious artist!” This mysterious artist may not really be an actual artist, but some random kid who, when seeing the advertisement for “The Wolverine”, thought “Hey, wouldn’t it be cool if I ripped the adjacent ads so that it would seem that the wolverine tore them?” Just like that, a work of art is born, from a simple thought made most likely by some average Joe riding the subway.

Romano seems to wear a blindfold when he features art on his blog, for he chooses many different types of art, from simple tags to illustrious paintings. He does not discriminate between works of art, he just features them all and, for the most part, let his viewers choose for themselves which is true art. One can say that only the paintings featured on the blog are true examples of subway art, while another can say that the various tags and the simple works of art done by a quick swivel of a magic marker are the true examples of art. 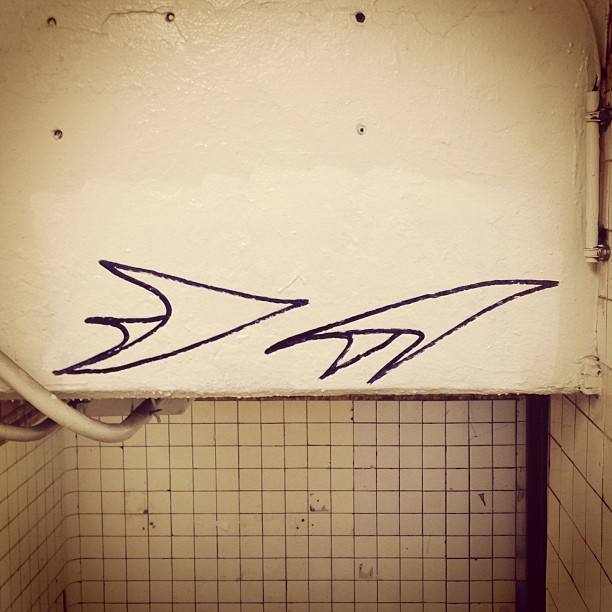 This blog recently celebrated its 4th birthday and, with about 500 people following Romano, I must say this blog is very successful in its objective to document all works of art in the subway. One thing I would suggest to Romano would be for him to organize his pictures in a more efficient way; often, I reach the bottom of the page too soon and I have to repeatedly click “previous entries” in order to see more photographs. If this was changed so that much more photos can be viewed on one page, Subway Art Blog would very likely be my #1 favorite art blog!