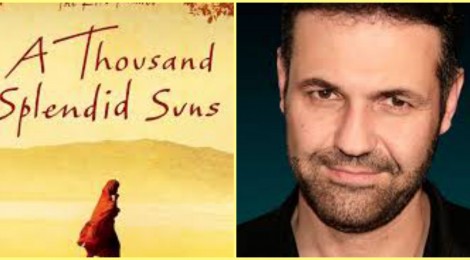 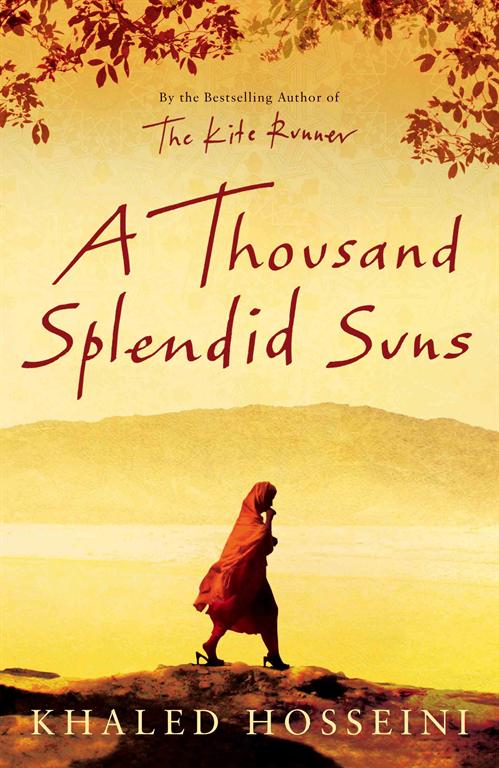 Want to experience the ultimate culture shock? Pick up a copy of A Thousand Splendid Suns. Those who have already read Khaled Hosseini’s Kite Runner have already been exposed to the rich culture of Afghanistan and the universally accepted moral values that the main character must uphold by atoning for his betrayal and cowardice as a child running away from life’s trials. But in A Thousand Splendid Suns, readers all over the world are opened to the rigorous societal restrictions and inferiority of women along with Afghanistan’s traditions that run through the pages of this novel.

A story told in the perspective of two women caught in the middle Afghanistan’s violent political history, A Thousand Splendid Suns evokes an emotional high as the story unravels, rousing the sentiments of women internationally who experience the pain of inferiority vicariously through the main characters Mariam and Laila. The contrast that Hosseini chooses in shaping these character’s backgrounds and their perspectives almost make it seem exaggerated to the readers, who perceive Kabul and the aggression in Afghanistan through these two different perspectives and experiences.

Mariam represents the traditional image of what Muslim women in Afghanistan should be: lacking education, serving her husband,  being obedient to the man of the house, and living by the rules society has placed on her. Her story is exaggerated in that although she already had such horrible beginnings, her life gets unimaginably worse after her marriage to Rasheed. Laila, on the other hand, is Mariam’s opposite in that she started off with a father promoting her education and had an affair with her childhood friend, which was not allowed for women in the day. But her life too gets harder with her marriage to Rasheed. These contrasting views intertwined highlight the condescension that women faced as a result of the society and culture in Afghanistan. Their suffering, as perceived by the audience of America, especially the women, is a shock to them and makes women instantly experience the character’s suffering through Hosseini’s captivating narrative.

The aspects of Islamic customs and Afghanistan’s culture make the novel all the more intriguing for the readers. The vivid language and description used to describe the customs of the wedding and how Mariam portrayed her perspective as the bride hidden behind the veil only to be taken away as the wife of a stranger speaks a lot about how traditional and rooted such customs are. The symbolism behind the veil and a woman’s place behind a man are continued throughout the story when both characters are forced to wear a burqa by their husband. The audience of this novel is international and therefore they have only heard or seen from afar as women from this culture wore these veils as a part of tradition. But with Hosseini’s portrayal of the women and symbolic repetition of these veils in the story, readers are able to grasp the true significance of the veil, hiding women from society, silencing them to give way for the patriarchal society that existed. But this novel is not only about the exposure to women’s reclusion in society due to culture. It is also a story about crossing such societal boundaries; a story about rebellion and courage to surpass the lines that have been drawn for women. The sentimentality of the novel causes women in the audience to relate immediately to the main characters, and although the story already has an emotional beginning, Hosseini manages to intensify these emotions as the novel furthers. The ability to deal with such emotional strain in their silence is what gives Hosseini’s protagonists their strength and power to rebel. This way, the audience too is able to feel the impact of their rebellion with the emotional shift and relief by the end of the novel.

With this emotional momentum that Hosseini builds through the sufferings and experiences of Mariam and Laila, Hosseini is able to engage the readers and immediately grab their attention to the chaos in Afghanistan, while still showing how rich and irrefutably rooted their culture is. Because of Hosseini’s colorful imagery and ability to detail day-to-day experiences of individuals in Afghanistan, he is able to carry the attention of the readers and persuade them of how realistic his character’s experiences truly are in Afghanistan today. This helps not only gain sympathy, but also the concern of the readers. It shines more light onto the resolving the problems in Afghanistan rather than ignoring these conflicts occurring on the other side of the globe.

Khaled Hosseini accomplishes this purpose and exposes the audience to the otherwise unknown and under-appreciated culture of Afghanistan. No matter where in the world the reader is from, he or she will immediately relate and experience the lives that Hosseini creates in his novel because of the universal emotions that intensify the novel and its message. If you would like to experience a rush of emotions, a thriller, and an eye-opener, I definitely would recommend A Thousand Splendid Suns.