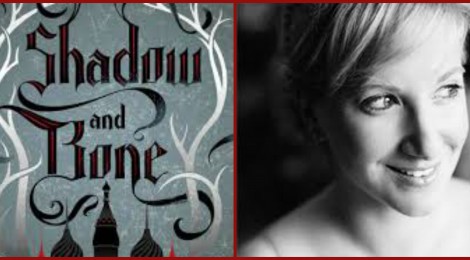 The beautifully designed cover and the plethora of recommendations is what drew me into reading Shadow and Bone by Leigh Bardugo.  I was pleasantly surprised to see that this book was unlike any other book that I have previously read.  Bardugo truly made the storyline flow with chapters ending in cliffhangers and plotlines thickening throughout the entire novel. Shadow and Bone takes place in a made up country called Ravka.  The country is in trouble and at war because of the mysterious Shadow Fold that divides the country.  It is impossible for anyone to pass the Shadow Fold alive because it is filled with darkness and creatures that lurk about and terrorize those who disturb it.  The heroine, Alina Starkov, is an orphan with a special power that first manifests when she and her best friend Mal are in danger.  She has the abilities of a Sun Summoner, someone who can create light.  Alina is taken into the royal court by the Darkling, who is able to manifest darkness and is one of the most powerful characters in the book.  The connection between the light and darkness play a pivotal role throughout the story.  Alina is transformed into someone with a gift whose destiny it is to save her people.

The best thing about this book is that it includes a variety of genres that can satisfy different readers.  There is action, adventure, fantasy, and even romance.  Bardugo has the ability to make you visualize the scenery and surroundings as the main character, Alina, experiences them firsthand.  For example, as Alina is crossing into the royal territories of Ravka she describes what she sees: “Everywhere I looked, I saw fountains and plazas, verdant parks, and broad boulevards lined with perfect rows of trees.  Here and there, I saw lights on in the lower stories of the grand houses, where kitchen fires were being lit and the day’s work was starting.”

One of the most important things I look for in a novel is that there is constant character progression; Bardugo did not disappoint.  Most of the characters grew as individuals as they went through the battles and hardships in their country.  The plot continues to progress, and there is never a dull moment.  There is always something going on in the book, which makes it harder for you to put down.  It is very easy to get lost in Shadow and Bone and end up staying up until sunrise because of the cliffhangers at the end of each chapter.

This book was written in first person, which allows you to be in the main character’s head.  Alina is a strong, courageous, and saucy individual who you can easily fall in love with from the start.  She has those moments where you can either agree or disagree with her motives, which is part of everyone’s reading process.  I caught myself laughing at times because of the witty and sarcastic dialogue that Bardugo adds in, even with all the chaos that is going on in Ravka.  One of my favorite dialogues that Bardugo writes is this:

“What are you smiling at?”

I whirled, peering into the gloom.  The Darkling’s voice seemed to float out of the shadows.  He walked down to the stream, crouching on the bank to splash water on his face and through his dark hair.

“Are you that funny?”

The only negative things I can say about Shadow and Bone is that the author used many different Russian words that created confusion while reading.  All of the locations in the country of Ravka are difficult to pronounce, much less remember.  The different levels of soldiers and powers that are mentioned in the book also pose some confusion at times.  For example, the soldiers of the second army are the Corporalki, Etherealki, and Materialki; these categories are made up of even more characters.  Luckily, the author added a guide at the beginning of the book so that the reader better understands who is who.  She also added a map of Ravka for reference.

If you are looking for a book that will cause your emotions to run wild, this is the book for you.  Shadow and Bone will leave you excited, entertained, shocked, and even angry at times.  The journey through this book is an astounding one because you are constantly learning new things about the characters and the country of Ravka.  Once you are sucked in, it is impossible to pause in the middle so make sure you don’t have anything important to do when you start reading this book.