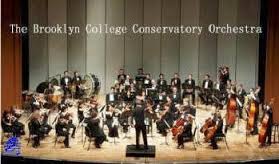 The First Orchestral Concert of the Year

Emily Leong / October 8, 2013 / Comments Off on The First Orchestral Concert of the Year / ...A Thousand Words, Music Reviews

It is a warm comfortable night on a Saturday in late September. What better way to unwind than to listen to live classical music?

As I walked into the Whitman Theater, it already felt very professional. There was a dressed ticket collector by the door to the auditorium who kindly told me to enjoy the show. Inside the auditorium, it was very cozy and relaxing because of the dim lights and the comfy seats. Once the concert started, the entire audience fell silent. I was pleasantly surprised that even the audience had professionalism! While the orchestra played their three pieces, the audience knew when and when not to applaud and respectfully listened through each piece. At the end of the concert, there were even standing ovations to commend the beautiful playing of the orchestra.

The Conservatory Orchestra played three pieces. Before the orchestra began to play them, the conductor, George Rothman, gave a brief synopsis of each composition to explain the history of the song or its composer.

The first song played was called “Vltava (The Moldau)” by Bedrich Smetana. The title, Vltava, is the name of a river that runs through Prague, which is near where Smetana was born. This song features light, flowing melodies played by the flutes and other majestic and energetic themes to describe the different courses of the river through forests and meadows. When this piece was being played, I could really feel myself transport to the river with the orchestra’s dramatic crescendos and connected flowing notes.

The third song played was called “Symphony No. 1 in C Major, Op. 21” by Ludwig Van Beethoven. Beethoven is well-known for his numerous symphonies that have pleased audiences for years. This symphony has four movements. The first movement begins in a fast and light melody with a lot of “call-and-response” between the English horn and flute. The second movement is slower and more elegant. The flutes and violins mainly play this flowing theme. The third movement is quicker and more lively. The percussion instruments accentuate the many dramatic crescendos. The oboe and clarinet play the melody while the strings quietly play runs in the background. In the fourth movement, there is a slow introduction which quickly turns into a light and swift melody. Each of the orchestral sections play fast, scaling melodies which lead to a triumphant and outstanding conclusion.

The Conservatory of Music has ten different musical groups with prestigious, dedicated students who audition to become a part of them. Each of the ten musical groups play various concerts at Brooklyn College and at outside events. The groups are also conducted by many accomplished and experienced conductors. For example, George Rothman, the conductor of the Conservatory Orchestra, has guest conducted in Europe, South America, and the Far East and trained at the Manhattan School of Music, The Julliard School, Tanglewood Music Center, and under Leonard Bernstein and Seiji Ozawa.

Watching this orchestral concert was one of the most inspiring musical events I had ever been to. Being a musician myself, I deeply admired the great skill and precision that the musicians had and I hope to achieve that one day. With each piece, I was moved by the intensity and talent that I heard. I was amazed by how fast their fingers moved when playing quick notes, how dramatic their crescendos and decrescendos were, and how well each instrumental section supported each other in the orchestra. I will definitely be going to as many musical concerts as I can. The next performance that the Conservatory Orchestra will be having is on Thursday, November 7th at 7:30 PM. Hope to see you there!