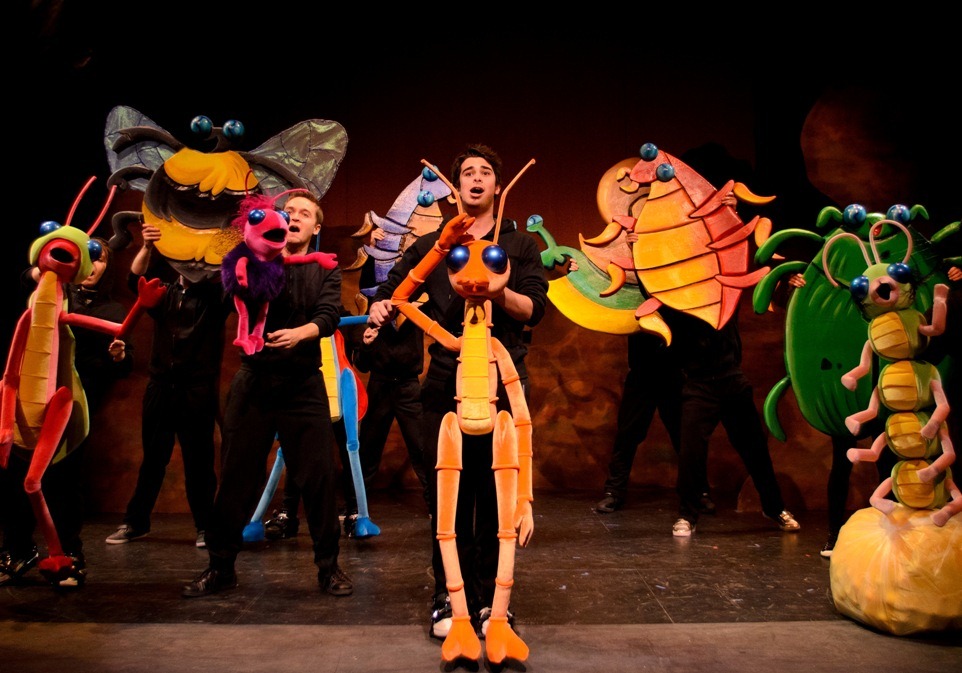 “The Future Is Now!” boasts the opening of Starship, referring to space exploration. Since it is a musical performed only a few times and recorded for YouTube, the future has perhaps come to independent theater.

Starship, available online in several parts, was highly anticipated by its fan base but has remained relatively unknown to the general public. A musical theater group at the University of Michigan uploaded a live recording of one of their shows, a Harry Potter fan satire (now titled A Very Potter Musical) on YouTube, and instantly became an Internet phenomenon. The group, largely composed of U Michigan Alumni, has since named themselves Team Starkid. They released A Very Potter Sequel, as well as two other original musicals. The latter, Starship, launched April 30.

Darren Criss, who played Harry Potter in AVPM and has since become famous portraying Blaine Anderson on Glee, serves as creative collaborator for Starship. Although he did not not act in Starship, he wrote the music and lyrics.  The show does have a share of inside jokes (reusing props from old productions, and a jab at Glee that is done with a literal wink), but any newcomer can fully experience the show.

In the show, an elite group of soldiers called Starship Rangers explore outer space and colonize other worlds for Earth, partly to escape the Robot Wars back home. On a distant collectivist planet of intelligent giant bugs, one bug (aptly named Bug, played by Joey Richter) dreams of something more than rolling dung or being fed to the Overqueen. When a dimwitted Ranger named February lands on his planet (newcomer Denise Donovan, who emphasizes her character’s idiocy rather than sweetness), Bug is presented with a chance to pass as human (by remotely controlling a human body) and join the Starship Rangers as he has always wished. However, there is evil afoot, both from an malevolent galactic organization and another bug who seems trustworthy. Bug also faces the question, would February love him if she knew the truth? Along the way, Bug’s new companions include a traumatized veteran; a hillbilly with a heart of gold; and a robot who perhaps, deep inside of her, wants the ability to feel.

If any of this sounds familiar, it’s because you’ve heard it before. Each character and number feels particulary reminiscent of a Disney movie trope or archetype. The show contains clear plot elements from The Little Mermaid, Aladdin, Pocahontas, A Bug’s Life, Hercules, and Mulan, to name a few. Rather than making the show contrived or predictable, these references make it appealing and familiar. Disney did not invent many tropes of its own, but has proven what elements of storytelling appeal to audiences. Over the past decade it has struggled to maintain this level of quality, leaving a generation to rely more on nostalgia than the box office. Generation Y was raised on the Disney Renaissance, and that is why teens and 20-somethings will enjoy Starship. Starship is a (somewhat) more mature continuation of what once naturally captured young people’s attention. In the show, each archetype is executed so smoothly and completely that they become fresh again.

The actors in Starship are almost all fantastic. Starkid tends to reuse its actors, and there are only three important new faces in this show. The star of the show is Joey Richter (Ron in AVPM), who has drastically improved his singing ability between projects. As usual, he plays the sort of character who begs for the sympathy of the audience (and receives it in abundance), but now with a new level of complexity his previous characters have never quite achieved.

The technical aspects of the show have hit a Starkid high. The set itself is professional and creative, but the alien puppets, which range from hand- to giant-size, are remarkable. Puppet designer Nick Lang may be the member of the creative team whose work is most memorable.

Starship may drag at points (particularly the first act), and is somewhat self-indulgent about its own cleverness. In addition, some of its high points may be over-the-top emotional ploys (spoiler: the robot learns to feel love), and the plot is predictable. Nevertheless, many of the show’s weaknesses are also its strengths. It is a show that feels instantly familiar, and the simplicity of its characters makes them recognizable and endearing. Criss’s music and lyrics are somewhat generic but often catchy, and they, too, can fit into Disney categories of songs. The book is full of cultural references and jokes, some of them laugh-out-loud funny. So take a couple of hours (in chunks of ten minutes) and watch Starship on YouTube. It’s a charming addition to the Starkid canon.