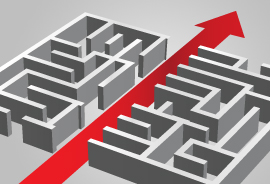 Chancellor Matthew Goldstein and the CUNY Board of Trustees face great opposition against the Pathways Initiative they released in October as CSI faculty and students plan to take action.

The CUNY Pathways Initiative is a plan put forward by Chancellor Matthew Goldstein and the CUNY Board of Trustees in order to help students “move more quickly and efficiently toward graduation;” it also aims to make transferring from one CUNY institution to another easier. The Common Core learning outcomes aim to “bolster the basics, strengthen critical thinking skills, provide broad curricular exposure, and maximize flexibility for the campuses.”

“The breakneck pace of the deadline Pathways imposes on CUNY Colleges and the colleges’ governance committees makes it impossible for such a radical change of our general education program to be given proper analysis and evaluation,” said CSI’s General Education Committee. “The General Education Committee of the College of Staten Island believes the Pathways Proposal should not be implemented unless it is ratified by all of the CUNY Colleges in accordance with their governance procedures on curricular change.”

The proposed 30-credit Common Core would require students to take seven credits of English, four credits of math, and four credits of science. Students would choose their remaining 15 credits; these elective courses must fit four other specified topics.

CSI professors as well as their colleagues at other campuses are battling the reform attempts, stating that Pathways will diminish academic standards throughout the system by enforcing a core curriculum that may not serve as a solid general education foundation. Furthermore, the reform would also revise pre-major requirements for multiple disciplines, leaving professors to question whether students will be adequately prepared to enter their field of study. The role of faculty as curriculum developers, they argue, is being taken away.

Students have echoed similar sentiments regarding the reform efforts.

“The institution of a common core undermines the diversity of the University and the individual CUNY’s missions and programs,” said Junior and student government leader, Meagan Derbyshire. “Pathways is being implemented by a committee of administrators, who are not accredited by Middle States, to make curriculum decisions in the place of faculty.”

Phi Beta Kappa, the country’s oldest academic honors society, denounced Pathways and may re-consider its involvement in the CUNY system should the plan move forward.

Nevertheless, not all academics are against the proposal. Many welcome changes to the transfer process, which are often cited as a major issue in the CUNY system. Vice President of Student Affairs A. Ramona Brown contacted CSI’s SGA, urging members to support Pathways. Some also see the proposal as an opportunity to raise standards in the curriculum.

“Pathways will create a more efficient system of transferring credits, which will allow for the expedient completion of undergraduate degrees,” said junior, Gabriella Leone. “As Pathways will mandate … the change from a 4-credit to 3-credit general education system, it will provide an opportunity to redesign the core curriculum while increasing course quality.”

Professor Alan Lyons of the CSI Chemistry Department served as a member of the Pathways Initiative Working Committee, which developed the learning objectives and requirements in the current proposal. Confronted with the difficulty of designing the curriculum plan, he said that everyone took the task “very seriously.” He stated that while many disagree with the proposal, everyone is concerned about the students and the quality of their education.

“The Chancellor was set on changing the curriculum in this way,” said Lyons. “So, given the situation, we asked – how do we make it the best that we can?”