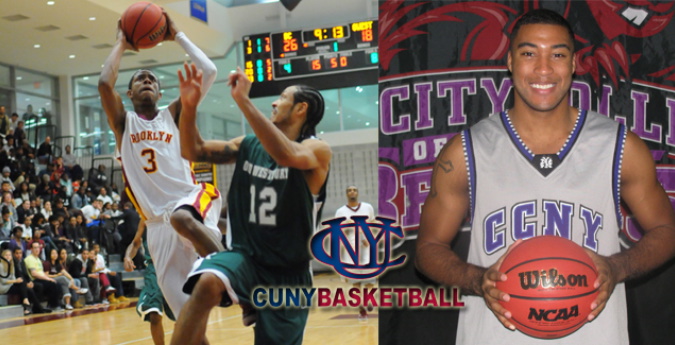 The current lockout may have put the NBA on standstill, but hope for basketball this season has not been lost. With college basketball underway, basketball fans everywhere have an alternative. Granted, the talent level of college players lags the talent level of NBA players, but true basketball enthusiasts will find comfort in watching the game. Basketball is alive and well at all of the Macaulay campuses, as all hope to deliver a thrilling 2011-2012 season.

For the past few years, the Baruch Bearcats have dominated the CUNY Athletic Conference, and last season was no different, as Baruch finished at 15-12 with a 9-4 in conference record. Things will get tougher as the Bearcats graduated two one thousand point scorers in Lionel Hilaire and Tammer Farid. However, many veterans return along with new talent, so Baruch hopes to sustain their dominance. They got off to a rough start against a feisty Stevens Tech, losing 72-64, but rebounded against Colby behind a phenomenal 36-point performance by one of its captains, Chris Beauchamp. Baruch later fell short to NYU by one point in a thriller. Although the Bearcats are currently at 1-2, they are a dangerous team that is certainly capable of turning the corner.

The Lehman College Lightning had a disappointing season last year to say the least, finishing at 12-14.  With another year of experience under their belts however, the young Lightning roster has come out on the right foot. They are 2-1 including a one point win over Berkeley College. If the Lightning are to continue their success, their star forward, Mathias Raggiotto must continue to produce at the level at which he has to start this season.

The College of Staten Island

The CSI Dolphins were impressive last year, finishing second in the CUNY Athletic Conference. This season has been a tough transition from last year’s success, as the Dolphins have fallen to 0-2. Although they have gotten off to a slow start, no one should write off this team. Both of the games that the Dolphins have lost have been in overtime; if they begin to finish better, they will be a force to be reckoned with.

The Hunter College Hawks failed to soar last year finishing with a mediocre record of 13-14.  After an impressive start to the 2011 campaign against Manhattanville College, the Hawks struggled in the Lycoming College tip-off tournament falling in both of their games against Adrian College and Lycoming College.  Captain Mark Courtien has put the Hawks on his back and put on great performances to start the season, leading to an all-tournament (Lycoming College tip-off tournament) team bid. Coach Shay Berry, who just became the Hawks head coach this season, has a talented roster with the potential to succeed.

The City College Beavers have much work to do. For the last few years, they have been struggling in the CUNY Athletic Conference, including last year’s 5-19 debacle. Despite this, coach Tom Green has done a tremendous job in establishing a young core, which can hopefully reverse the path of the team’s struggles. The Beavers stand at 1-1, and hope to finish better than they did last year.

The Queens College Knights are the only CUNY team that plays Division II basketball. Last season, the Knights finished third in the East Coast Conference at 14-7, and hope to add another strong season into the record books.  The Knights are currently at 1-1 and have a challenging schedule in front of them.  However, the talented Khalil McDonald can lead the resilient Knights to a successful season in the East Coast Conference.