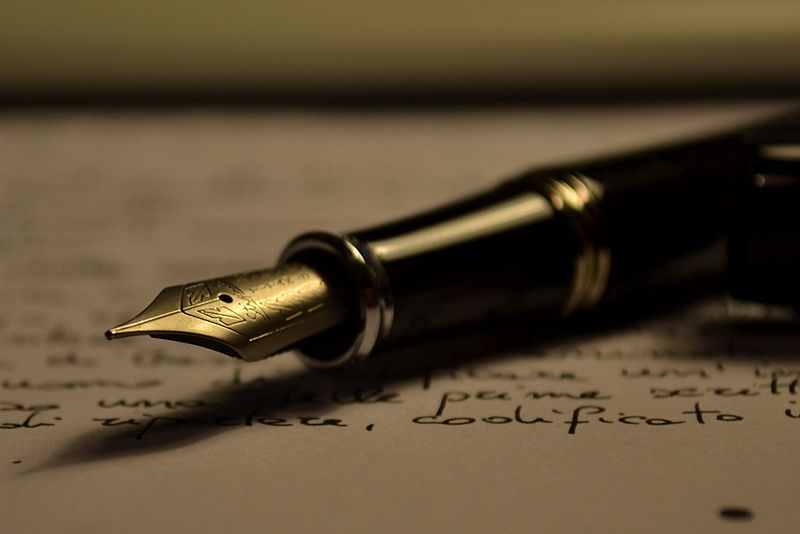 Around this time last year, Aditya Nihalani (Brooklyn) approached Cassandra Price (Hunter) with an idea. As a young college, Macaulay lacked a club that is often a hallmark of a liberal arts school: a creative writing club. Price, an English/theater major and avid reader and writer, agreed wholeheartedly with Nihalani’s idea, and in the spring of 2014, the Macaulay Creative Writing Club was born.

“At first, we weren’t really sure what we wanted the club to be,” said Price, who served as its president until early this year. (A busy schedule forced her to step down from the role, but she remains active in and enthusiastic about the club.) While first gathering ideas about what the club should do, she conducted research on literary magazines with Marina Nebro, a friend from Queens College. The latter’s experience with WordPress, along with the success of the Macaulay Messenger, inspired them to create an online publication featuring creative works by students.

Price described this inspiration as the “Aha!” moment of the club’s planning stages, saying that the website is “the biggest thing to come out of the club so far.” Publishing a fresh crop of literary submissions each month, including prose, poetry, and more, The 67th Street Scribe (named for the location of MHC Central) has been far more successful than Price anticipated. “I’m excited at how quickly the site’s grown, and I hope that it continues to grow,” she said.

Although club meetings are held at MHC Central and are therefore closed to non-Macaulay students, the Scribe accepts submissions from all CUNY students. Price and Nebro even hope to publish an anthology of submitted works in the fall, the theme of which will be love (this theme is open to interpretation).

In the meantime, the club is now under the leadership of Adam Hobbins (Hunter) as president, Arianna James (Hunter) as vice president, and Alanna McAuliffe (Baruch) as secretary. Meetings are usually dedicated to writing prompts, workshopping, and discussion of literary topics. Additionally, such events as a poetry slam, a Shakespeare appreciation event, and more are in the works, and Hobbins has stated his desire to connect club members to writing events around the city.

“While I don’t expect us all to attend every writing related event across all five boroughs, I hope that we can get into the habit of going to events like this and seeing each other there,” he said. “It would be fun club bonding and also good for us to get out there!”

Meetings, which are always open to new members, take place every other Thursday evening from 7 to 8:30. The deadline for the last issue of the semester is May 9. The club leaders would like this issue to be their biggest yet, so if you are a writer, submit and encourage your friends to do the same! The 67th Street Scribe can be accessed here for browsing and submitting works.