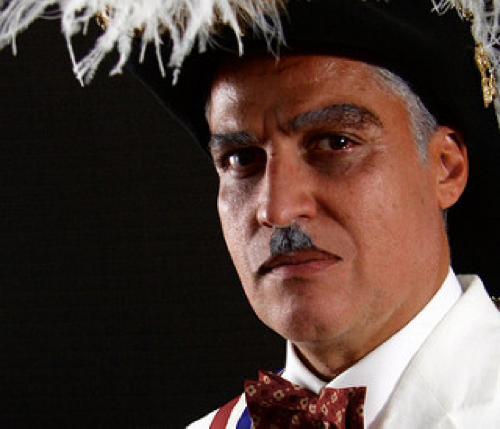 Each performance was two hours and fifteen minutes long. They were performed in Spanish, with English subtitles on the side screen.

Baruch junior Alessandra Gomez praised the institution for hosting “compelling shows” in different languages. She explained, “The fact that the Nagelberg Theater features plays…in different languages allows for a more international audience. You don’t need to be fluent in Spanish; that’s why there are subtitles. This adds an extra layer to the play I really enjoy.”

Teatro Círculo was founded in 1994 by a congregation of Latino artists and academics, who were looking to present classical seventeenth century Spanish theatre as well as the works of contemporary Latino artists.  According to their website, the team has “a commitment to preserving and promoting Latino cultural heritage through the commissioning, production and presentation of creative, inclusive and educational theatre works.”

La caída de Rafael Trujillo, written by Carmen Rivera and directed by Candido Tirado, was nothing short of “spectacular” to audience member Jody Flores, who is a recurring spectator of Teatro Círculo’s work. Flores commented on the scenery and lighting, calling them “amazing” and remarking on the performance’s “fantastic acting.”

Ana Medina, an immigrant from the Dominican Republic who came to the United States twenty years ago, said that the play reminded her of her grandmother’s stories when she was younger. She said that she “found a lot of [her] grandparents in the play,” going on to say, “‘DR’ under Trujillo was chaos. People felt hopeless and confused. The fact that this performance captured this chaos proved every scary anecdote my grandmother shared–the tears and the screams–to be true. This is important. People need to see this and experience Dominican Republic in the early twentieth century.”