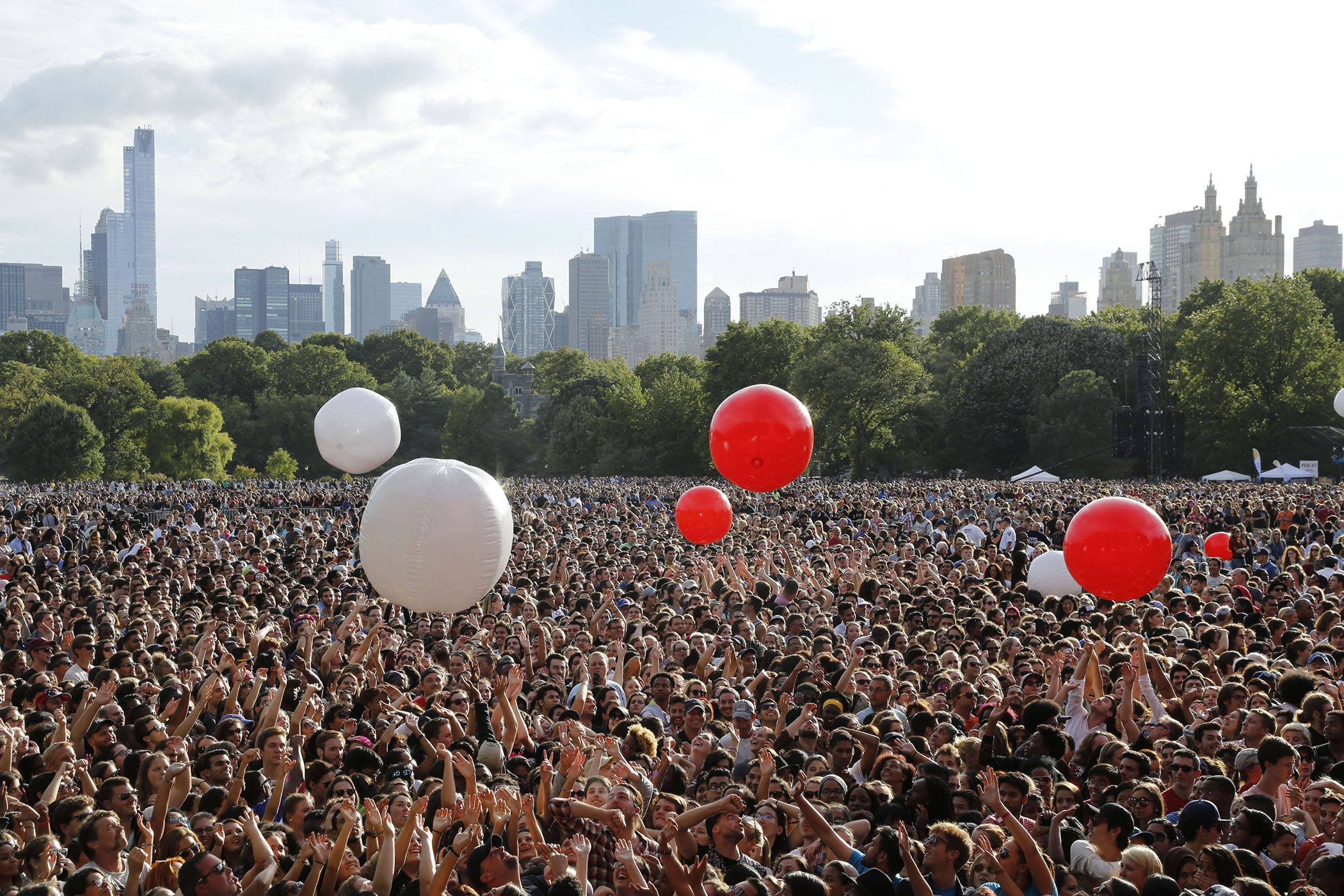 On September 23, 2017, the festival was held at New York City’s Central Park, drawing in a crowd of over 60,000 people. The show was streamed live on MSNBC, as well as YouTube, reaching millions of people throughout the world.

This festival was started in 2012 by the Global Poverty Project, an organization involved in the eradication of extreme poverty by 2030. According to the website, the international organization focuses on topics such as women’s rights, healthcare, education, the environment, water and sanitation, poverty and war. Since its origination, around 13 million actions and $30 billion in commitments have been made in this pursuit.

The community built around this premise in hopes to impact the lives of over a billion people, and strives to merge the interest of activists with the general public. Hugh Evans, the CEO and founder of Global Citizen, asserts, “Now, we are calling on activists and music fans to use their voice to change the world. … Now more than ever, we need to ensure we work together for the world’s poor.”

To further spread this message, the Global Poverty Project launched an app known as Global Citizen in 2012. The app serves as an online platform where users are able to accumulate points through interactive videos and activist initiatives such as signing petitions and posting about issues on social media. These virtual points allow users to enter a lottery system where they have the opportunity to obtain festival tickets, as well as participate in other entertainment events. This year, a total of 48,000 free tickets were distributed for the festival. Apart from the festival, the week of September 17-23 was scheduled to be Global Citizen’s Week. People were able to participate in more than 30 events throughout the city, ranging from motivational talks, to interactive workshops and conferences.

The headliners for this year’s festival included Stevie Wonder, Green Day, The Killers, The Lumineers and The Chainsmokers with special appearances by Pharrell Williams, Big Sean, Andra Day and Alessia Cara. These celebrities have played instrumental roles through their own charitable endeavors in fields involving natural disaster relief, cancer relief, homelessness and education.

This year was Stevie Wonder’s second time headlining the show, and he has long been recognized for his work with organizations supporting children’s healthcare and AIDS research. As he closed out the nearly six-hour show, he had a poignant message for the audience.

“I didn’t come here to preach,” he said. “But I’m telling you, our spirits must be in the right place. All the time, not just now. Whenever you need to, interrupt hate, stand down bigotry, condemn sexism and find love for all our global brothers and sisters every day.”

This message was echoed throughout the day’s festivities. Leaders from various nations discussed prevalent issues such as healthcare, education and sanitation. Some of these speakers included Priyanka Chopra, Kal Penn, Jane Goodall, Lupita Nyong’o and Whoopi Goldberg. Renowned singer Demi Lovato also stopped by to announce her new position as the Global Citizen Ambassador for Mental Health, and was met with roaring applause. In order to keep the tired festival-goers energetic, The Killers and Green Day gave electrifying performances.

Political undertones were still present throughout the evening. Stevie Wonder took a knee in solidarity with U.S. athletes criticized by President Trump. Billie Joe Armstrong of Green Day sung “I’m not a part of a dumb Trump America” in the band’s famous hit “American Idiot.”

Despite the charged political climate, these artists and global leaders were able to inform the public about a vast array of issues. In the two months leading up to Global Citizen Week, Global Citizens were able to take 1.6 million actions to combat extreme poverty — actions that will affect over 200 million people. As the organization continues to grow and gain its voice, they hope to further unite the world in these humanitarian efforts.