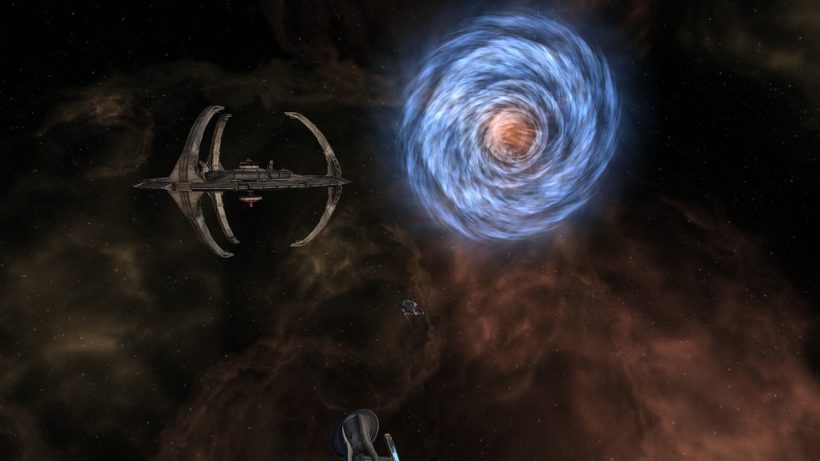 Science fiction has long been a place for philosophy buffs to play around with deep moral dilemmas and original sociopolitical theses. Valérian and Laureline rejected the ideals of masculinity. Dune and Star Wars explored religious conflicts. As for Star Trek… well, Star Trek did it all. All of these stories captured the hearts of billions. Their tales will be engraved in human history, and they will be celebrated for their unique outlook on the human experience. When looking at them purely for their philosophical narratives, however, no sci-fi piece did it better than Star Trek.

While The Original Series, with its dated acting and problematic social interactions, may have turned people away from this universe, it set the stage for some of the most ground-breaking television of the 20th century. The Next Generation expanded on the first series’ sense of exploration and utilized it to create a more optimistic outlook on the future of humanity. With Sir Patrick Stewart at the helm, TNG tried to break stereotypes and introduce a diversity that was very rare in contemporary television. Deep Space 9, on the other hand, took what its predecessors sought to do and fundamentally implemented it into the story of the show.

Deep Space 9 is set on an alien space station that was first created to function as a forced labor camp for prisoners of war. After the settlement of the war between the Bajorans and the Cardassians (no, not them), the United Federation of Planets sent an administration to assure the peaceful redevelopment of the native occupants. Unfortunately, things go south quickly when the Prophets, the alien creatures the Bajorans have long considered their deities, reach out to Commander Benjamin Sisko through a stable wormhole, effectively raising the tactical value of the station tenfold.

On the philosophical spectrum, the show challenged religious, social, political, economical and scientific beliefs with any chance it got. Benjamin Sisko, played by Avery Brooks, is not only a lead African American character playing a role only Caucasian actors were previously seen in, but is also portraying a single father managing the daily responsibilities of raising a teenager. The closest people under his command? A bisexual Bajoran operative, a genderfluid commander, a Scottish engineer with a non-exaggerated accent and a medical officer played by Sudanese-born actor Alexander Siddig.

However, the beauty of this cast is not its diversity—it is the fact that this diversity works so well within the story. The Federation includes countless alien races who all come together under a peaceful acceptance of one another. As Sisko frequently recounts, there was a time in human history when people were killed over the color of their skin, but that time is long gone. There was no place for racism on DS9. No place for sexism, homophobia or bigotry of any kind.

Unlike other shows of its kind, the writers did not shy away from these motifs. The cultures of one of the aforementioned alien races had deeply rooted sexist beliefs, going as far as forbidding women to wear clothes or own money. This was a repeated cause of conflict, but it never felt out of place, and by the end of the seventh season (spoilers ahead), this sexist ideal had been replaced by a completely new sociopolitical system! The characters handled every situation organically. Every interaction felt true to form. The ability of the writers of this show to so perfectly capture such a varied crew without shying away from anything, made Deep Space 9 a rare gem among sci-fi films.

A story shouldn’t be diverse because “millennials” want it to be so. It should be diverse because that is what the human experience is. When a film tries to force a diverse cast just for the sake of avoiding criticism, it shows. Forcing an actor into a role that doesn’t fit him/her never works. Instead, we should be writing more stories like Deep Space 9 and have actors who can remain true to their characters’ identities without fitting into stereotypes, like giving Scottish characters exaggerated accents, or having completely one-dimensional homosexual characters.

Oh, and if I’ve convinced you to watch Star Trek: Deep Space 9, please avoid “Move Along Home” (S1:E9). We do not like acknowledging that episode’s existence. If you’re interested in the show after reading this excerpt but are still iffy on sci-fi, I suggest watching “Far Beyond the Stars” (S6:E13), an episode directed by Avery Brooks that is predominantly set in 1950s America. It’s not an ideal starting point into the show, but it’s a great episode to get a taste of what the show has to offer in the sociopolitical spectrum.