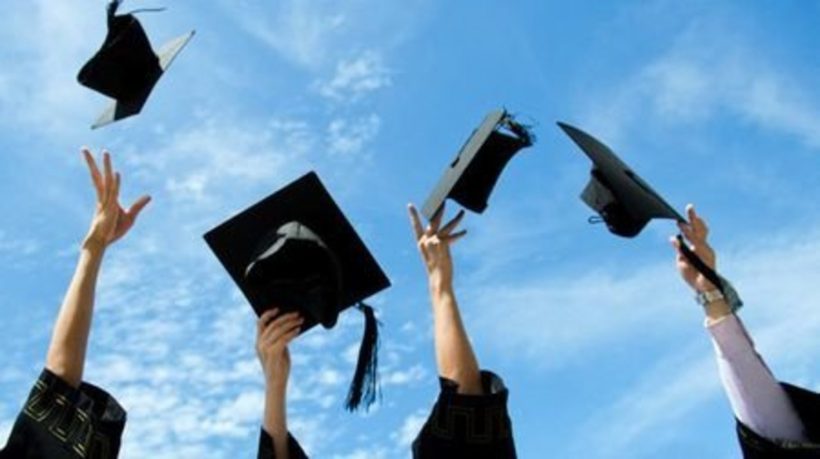 When I first entered college in the fall of 2015, I was eager to begin a new chapter of my life – one that I had envisioned to be full of new experiences, challenging obstacles and plenty of self-discovery. Now having reached my final semester at Macaulay, I realize that so much of what I thought I knew was completely different from how it actually was, and many of the things I overlooked in the past affected me in ways I never thought could have. These past four years have represented an enormous evolution in who I have become as a person and have been a journey encompassing growth, loss, struggle and success. As graduation quickly approaches, I can look back at all the things I’ve done in my short time as an undergraduate and examine them through a new lens.

If I had a chance to go back to where I was freshman year and give my former self some words of wisdom, it would be to not take things too seriously. A lot of worries I had in my earlier stages of college stemmed from an anxiety over what I could not control, whether that be classes, grades, friends or opportunities. I spent a lot of time wondering whether or not what I was doing was good enough or made sense in the grand scheme of things. Having matured a bit more now, I can confidently say that those tiny decisions, though important, didn’t outweigh the value of focusing on my own wellbeing. As students, we are trained from the very beginning of our education to work toward something greater, to aim for a goal that we’ve manifested in our heads that will somehow deem us “successful.” It’s a toxic mentality that promotes this sense of un-fulfillment and disparity in who we are as individuals: if we are constantly working toward an unattainable goal, we will never been able to find happiness in where we are now. I know moving forward that my priorities won’t be dictated by expectations or standards from others, but by personal motivations and desires. Choosing to do something that is personally rewarding will ultimately translate outward to benefiting others.

In addition, going to a CUNY college poses its own unique set of experiences and challenges. CUNY is by no means a traditional school, and being in a system that encompasses colleges all across the five boroughs creates a vast array of student bodies that represent a multitude of backgrounds. Being a student in such an expansive campus can be overwhelming at times, especially when there is no definitive center. What I’ve learned from being both a student of City College and Macaulay is that the vastness of the CUNY system is a benefit, not a detriment. I’ve made strong friendships from people who go to different colleges than me, who are in majors that are not related to mine but share the connection of being part of a system that reflects the heart and soul of New York City. It’s been a privilege being a part of a community that doesn’t isolate itself into cliques and niches, but rather flourishes in the diversity of its members. It’s something I can take with me wherever I go, and not many students from traditional college campuses get to share that sentiment.

Lastly, I’ve learned how to be my own person. No matter how cliche it sounds, individuality and self-sufficiency are qualities no one can teach in an academic setting: it can only be learned from experience. I’ve gone through some of my highest highs and lowest lows in the past four years, and it’s forced me to grow and develop into a person I never thought I could become. I am more confident, more fearless, more instinctual, more professional and more humble by the amount of success and failures I’ve had from being a Macaulay student. I’ve learned how to pick myself up from a hard fall and take a step back when things get to be too much. I’ve learned when to accept responsibility for my actions and how to own up to my mistakes and learn from them. It’s all made me a much stronger person, and one ready to take on the world outside of academia.

I hope every student reading this is able to get that same wisdom and truth from their own collegiate experiences. Whether it’s your first semester or your last, I urge you to reflect on all the wonderful and not-so-wonderful things that have happened over the past few months and take them with you wherever you are going next. You may find you’ll become better for it.