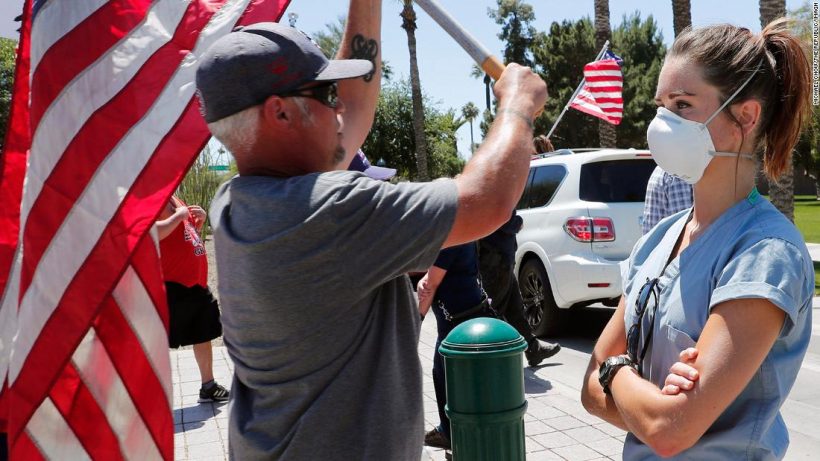 The world as we know it over the past two months has essentially come to a sort of standstill. Although the COVID-19 pandemic has not evolved past the initial death toll projections public health officials had previously estimated, it has raised a seemingly insurmountable cloud of uncertainty, paranoia, and grief over the United States. Our country is now grappling with 1.4 million cases and over 85,000 deaths; unimaginable numbers that surpass any of the previously hardest hit country. Those numbers are quantifiable facts. However, one cannot begin to fathom the lasting psychological and economic toll this pandemic will have on future generations, especially as the country begins the process of reopening.

Reopening has been met with both firm support and staunch opposition. Supporters for reopening have voiced their resentment at the extended stay-at-home orders in their respective states as well as these orders being lifted in waves across the country. Simply put, people are increasingly antsy and want to get back to work and a normal routine. To further express these sentiments, protestors have taken to the streets in various states such as California and Arizona. If tensions continue to rise, lawmakers are concerned that the conflict could prompt acts of civil disobedience and rioting. Some of these protestors are advocating for very understandable things that pertain to their livelihood while others make a mockery of themselves in painted signs lamenting about their need for haircuts. For many, the rhetoric blasted through the media by the current administration has fueled an intense desire to reopen quickly. But in doing so, many of these protestors fail to recognize the grave implications such hasty decisions could have.

On April 20, a group of healthcare workers stood in protest outside the Capitol against people wanting the Arizona governor to reopen their state. Among them was ICU nurse, Lauren Leander who emphatically stated:

This isn’t about politics, choosing sides, this virus does not discriminate at all. It’s taking lives from one end of the spectrum to another. I know it’s wishful thinking but I just would love if we just had that common ground with fighting this virus.

This yearning message of hesitance and peace is one echoed by many healthcare workers and supporters of the stay-at-home orders. As media consumers, many of us have become desensitized to the barrage of negative news being transmitted into our living rooms every day. One shred of positive news or a decline in death rates may make us overly eager to return to some semblance of normal. And that will happen. But it cannot be rushed in the manner that these protestors are calling out for. This is not a time for divisive action but rather a time to find unity in a shared trauma, actively support the groups who have been hardest hit, and find positive ways to grow and emerge out stronger from it.

By hearing stories of loved ones having to see their relatives pass away via FaceTime or images of refrigerated trucks full of body bags, we must recognize that those who are dying are human beings with ambitions and feelings just like the rest of us. The possibility of saving more lives and preventing the spread of the virus will forever be more important than the lasting economic or educational toll it will have. Thus, lawmakers, public health experts, essential workers, and the general public must work together to follow a consolidated plan and compromise when necessary to ensure this pandemic can be handled in the most appropriate way with the least loss to human life.