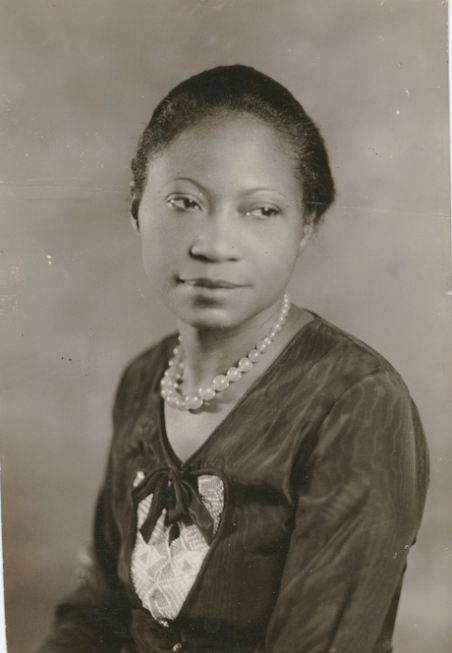 Born in 1892 in Florida, Augusta Savage came from a traditional family who didn’t support her early art endeavours. As a child, she always loved fidgeting around and creating small sculptures with the natural clay she found in her hometown- a love that later translated to her fame as a Harlem Renaissance sculptor. In the 1920’s, Savage moved to New York City and studied art at Cooper Union because of the free tuition. Excelling in her pursuit of art, Savage decided to apply to a program in France to further her studies. However, she faced racism in the admissions process and thus, contacted local media to bring this issue to light. While she still wasn’t admitted to the program, Savage did come into contact with patrons who provided the financial means for her to further develop her work. She worked with a Long Island studio while she created a name in the art industry. he Julius Rosenwald and Carnegie foundation which allowed her to hone her craft in foreign nations. Ultimately, Savage returned to her roots back in the United States during the Great Depression where she worked as an art educator to support herself and other budding African American artists.

Her personal life encompassed 3 marriages with her last husband leaving her a widow. She had one daughter, Irene, who became her pillar of support when she became ill with cancer. A prominent figure of her time, Augusta Savage passed away in 1962 and left behind a legacy of art for others to follow.

Coming from a low socio-economic background, Savage’s financial struggles dictated her artistic course. She lacked the ability to pay for art school so she attended Cooper Union because it was free of charge. Despite her financial struggles, Savage’s dedication to her art shone as she completed school in three years instead of four and started to build her name as a sculptor. She created portrait sculptures of distinguished figures of the time such as Marcus Garvey, leader of the Pan-Africanism movement, and W.E.B. Du Bois, a civil rights activist.

Living in an era characterized by flowering artistic ideas, Savage’s work was facilitated by the Harlem Renaissance surrounding her. One of her most profound works of art, The Harp, was created for display at the New York World Fair and represented the inspirational poem “Lift Every Voice and Sing”. The artwork, which portrayed twelve black singers as harp strings in height order, had to be destroyed because of the lack of funding for bronze coating and a lack of storage facilities. Even in its short lifespan, The Harp was symbolic in representing the desire to rise as a community, together. Furthermore, the extending hand of God to support the harp represented the idea that art was a gift from God and meant to be pursued by all, regardless of racial and gender barriers of that time.

Realizing that social barriers kept so many African American artists from reaching their creative potential, Savage dedicated her life to changing social norms through her art. Much of her art, such as the Boy on a Stump sculpture, aims to positively depict African American life. Additionally, Savage refused to take inspiration solely from African American artists as many leaders during that time prompted her to, and instead used European influences while crafting her work. Savage best-known work of the 1920s was Gamin. The Gamin was an informal portrait of her nephew. This artwork was a peculiar structure because the eyes of the boy are not looking direct straight at the viewer, rather he slightly tilts his downward with his eyes looking to the left as if there is something else in that direction.

In 1939, Savage was commissioned to create a sculpture for the New York World’s Fair, where Savage decided to create The Harp. Inspired by the lyrics of James Weldon Johnson’s poem Lift Every Voice and Sing, The Harp was Savage’s largest work and her last major commission. Standing 16 feet tall, the sculpture depicted a “group of twelve stylized black singers in graduated heights that symbolized the strings of the harp. The sounding board was formed by the hand and arm of God, and a kneeling man holding music represented the foot pedal.” This artwork illustrates the comparison of Black singers in unison with the musical instrument of the harp. The instrument of the harp is depicted as a royal subject of gods with his hand behind the black singers.

Unfortunately, after the World’s Fair, The Harp was destroyed because no funds were available to cast the sculpture in permanent bronze, nor were there any place to store it. In essence, many of “Savage’s sculptures were lost when a traveling exhibition fell through. Because she could not afford to ship the pieces back to New York, many were abandoned or destroyed.” Another notable work from this period was The Pugilist (1942), a confident and defiant figure who appears prepared to take on whatever might come his way. The Pugilist symbols the proud African American heritage guided by the light of courage and willingness.

A seminar theme that is highlighted in Augusta Savage’s artwork is “what is art and what is its purpose?” In the period of the Harlem Renaissance, a preeminent African-American literary and artistic movement of the 1920s and ’30s, Savage became acquainted with other Harlem artists and writers, such as  W. E. B. DuBois, James Weldon Johnson, and Marcus Garvey. The reason and purpose behind Savage’s artwork are to educate and support other African Americans to pursue the careers in fine arts. In 1937 Savage began to create a sculpture symbolizing the musical contributions of African Americans and the aesthetic of art. Savage’s primary goal was to spread the cultural, social and artistic awareness of the Harlem Renaissance to various people as she worked extensively with students to become successful artists. As an African American women, Savage often struggled through discrimination and racial profiling in the predominantly white society. She wanted to challenge all forms of bigotry and prejudice against the conceptualize “the Negro” by embracing and beautifying the African American literary, musical, theatrical, and visual arts.

Written By: Karishma and Sherry