The photo below shows a typical celebration of Qing Ming. You are probably thinking, “Why are there are many things? Aren’t flowers enough?” Well, let me take this chance to describe the significance of each type of food in Chinese culture. 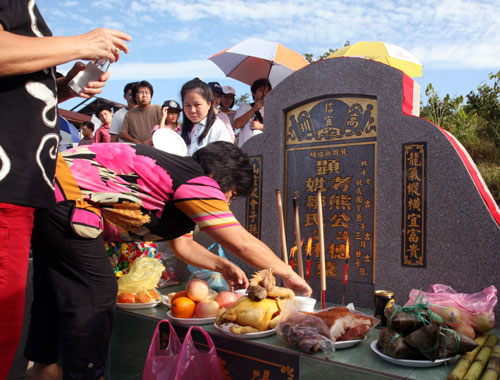 On Chinese holidays, there are rigid menus because of the meaning of each food. Some food eaten will bring good luck and others, bad. 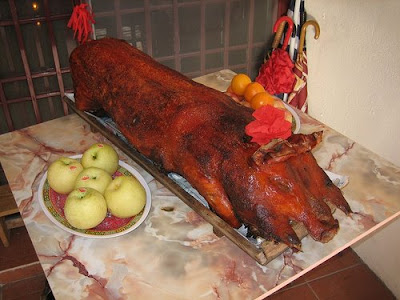 The first food eaten is roast pig. According to my grandmother, roast pigs are eaten during holidays because they represent the hard-working farmers. Farmers who tend their fields will get red backs from the sun the way the pigs get red skin from the fire. Therefore, the pig symbolizes the importance of working hard to make a living.

A chicken dish is usually present because that chickens resemble a dragon or a phoenix, both believed to be auspicious creatures. 1 Since chickens act as a powerful symbol, they should have their form altered. Therefore, for celebrations, chickens get steamed with the head attached.

Moving onto fruits, tangerines and pomelos are the more popular types of fruits. The pronunciation of “tangerine” sounds similar to “good luck.” The Chinese people believe that eating tangerines will be able to bring about an abundance of happiness. It is ideal to buy tangerines with their leaves still attached because they also represent unity. 2 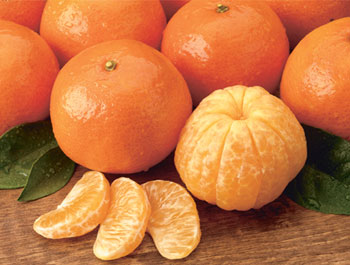 Like tangerines, pomelos are popular because their names are homonyms with other”lucky” words. 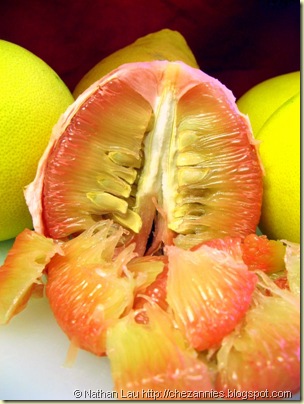 The chinese name of the pomelo is pronounced “Yòu” and the verb “have”, “Yǒu.” As you can see, the words sound almost identical except for the small inflection. Chinese people consider eating a fruit that sounds like “have” lucky because it means they will be have many things such as happiness and wealth.

Besides signifying the promise of wealth, pomelos are also used ward off bad luck. Washing oneself with pomelo leaves should help wash away evil.

These are not the only fruits eaten during celebrations but they are the more popular ones. Other symbolic fruits include apples, for peace, and peach, for longevity. 3

Most Chinese people eat these types of food regardless of religious views and cultural upbringing. However, some aspects of the celebration differ in part due to immigration.

Read about the role of immigration on the evolution of the holiday.