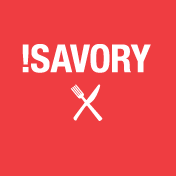 Chaos reigns in Manhattan as the cars fly by, nearly colliding at every intersection. The cacophony of horns, yells, and shrieks fill the muggy air as Gary Rey flies by on his bike, en route to his next delivery destination.

His hoodie surfs in the wind like a cape, sitting around his waist as he dodges the incoming cars that try to knock him off of his path. “Kinda feels like you’re playing Russian roulette with your life. Those intersections are just another chamber in the gun, and you’re trying to make sure that they’re all blanks.” Said Mr. Rey, a 19 year old Haitian delivery boy for a delivery only restaurant called !Savory.

Mr. Rey stands tall at 6’0, towering over the majority of people he talks to. He sports his !Savory hoodie, which is usually around his waist, casual black jeans, and a cheap digital watch, topping it off with a pair of Nike running sneakers. He bikes for hours at a time and is rarely found relaxing. He’s got a cool, funny air about him, trying to keeps things chill and controlled.

“The worlds been moving a whole lot slower to me ever since I got this job. When you’re on a bike, you become a speed demon, but without my bike, I feel like a snail,” he said as he put on his helmet, getting ready to hit the streets again, heading to East Harlem this time. He loaded up the food with the utmost caution, making sure it was secure in its basket. He took off quickly and barely made the first light he came across, disappearing into the sunset.

“I gotta be really careful with the way I ride while I have food on me, don’t want to have a repeat of last time,” he said. Back in his early months at the job, Mr. Rey was not careful with the food and he once arrived to a client’s house with a slop of spilled and mixed food in a box. He luckily kept his job, but he had to redeliver the food he messed up, and it came directly out of his paycheck for that month. Ever since, he’s been very careful with how he carries the food.

Mr. Rey loves to jam out to various kinds of music as he works, ranging from the amazing and wonderful Michael Jackson, to the rap prowess of Eminem. For the most part he tries to listen to upbeat music, so he feels like he’s going on an adventure through the city. “The music helps me a lot; makes my deliveries way more vibrant and fun,” he said.

Mr. Rey has been working here for about a year and he enjoys the work he does, because it’s such a different change of pace, compared to his previous jobs, where all he did was file papers or watch over children. Mr. Rey enjoys his job, getting free food for lunch everyday, which saves him a bit of money as each day passes, that he can later use on games, clothes and especially music.

When he isn’t working, Mr. Rey can be found hanging out with his friends in Central Park. He’s usually with his friends, playing cards, or he’s biking with them through the various paths in the park. He loves to be outside and find it very relaxing when he isn’t weaving through traffic. He also loves to play videogames when he’s at home, having great times online with his buddies.

“I do this for the money. Just kidding, I do this for me and me folks. They’re getting older and need all the help they can get, so I try to help them here and there. I’m also trying to make a future for myself that is more meaningful. Don’t get me wrong, I love biking but I want something more eventually,” he said. He’s going to be in college in the fall, studying at Lehman College with an undecided major, hoping to pave a brighter future for himself, probably including music.

Mr. Rey dreams of living in a 2-floor condominium in upper Manhattan; where he can look over the beautiful city. He wants to see the blur of people and cars as they go where they need to go. He knows it would be a very expensive lifestyle but he’s doing his best to make it, so that he can make himself, and his parents happy.

Going out on his last batch of deliveries, he put on a smile and waved. “ Well time to jump back into the madness,” he said as he sped off, racing the cars as he became a blur in the street.