My Grandmother was born in Puerto Rico. I’m guessing somewhere on the outskirts of San Juan, but I don’t really know, and she can barely remember her own name let alone where she was born. Her name back then was Felipa Diaz. She had three sisters, all of who are now dead. Her mother and father were very poor, and she was sent to work at a very young age. END_OF_DOCUMENT_TOKEN_TO_BE_REPLACED 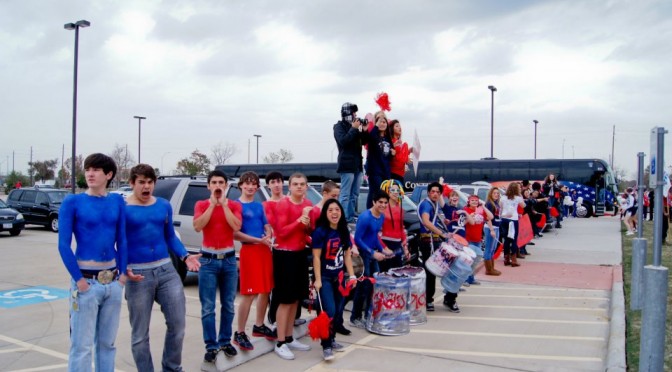 I moved to New York from Texas in August and it’s been the most transformative experience of my life. I’ve fallen in love with the busy city, but I’m also homesick for the South. Before I moved, I felt very little connection to Texas; politically, religiously, I felt like an outsider. After I moved, however, I’ve felt a connection to the Lone Star State that previously would’ve made me roll my eyes and make a Rick Perry joke. END_OF_DOCUMENT_TOKEN_TO_BE_REPLACED I was walking home from the store the other day and came across this. I’m not entirely sure what was going on, but I saw the signs the people were holding and instantly thought of this class.

It’s interesting, being a Californian in New York City. Although I don’t notice it, New Yorkers say that I have an accent; and, without fail, the magical word ‘California’ evokes images of sandy beaches, tanned bodies, and celebrities. Although I can’t necessarily blame New York; Californians have a similar idea in spirit, if not in specifics, of the Big Apple. Unlike many habitants of New York City, I am not an immigrant. I was born in America and have lived here ever since. My parents, grandparents, and great grandparents were also born and raised in America. No one in my family is or was an immigrant. We were forced migrants from Africa over five hundred years ago. Due to the conditions that accompanied slavery, my family does not own any physical documentation of our history and/or journey to this country. If I want to learn about my family’s history, I usually either have to turn to Google or wait for The Slavery Chapter in history class. What little my family does know however, has only been shared by word of mouth and what I have learned from my father is: my family was brought to America through the slave trade over five hundred years ago, were held in the sates of Georgia and Tennessee, and  END_OF_DOCUMENT_TOKEN_TO_BE_REPLACED