Leekan Designs: A Reflection of A Changing Soho

Beside a trendy ice cream shop and in between graffiti-covered walls, Leekan Designs sits behind a glass wall. From a quick glance, it appears to be a hodge-podge of curios, antiques, and artifacts – which is exactly what it is. From the ceiling hang numerous stained-glass lanterns in the shape of stars and birdcages; rusted cowbells and aged mirrors are displayed on the wall. Golden Buddhas and lacquered wooden boxes are piled high among baskets of silk pouches and scarves. As you walk inside, the collection seems to expand into the store indefinitely. As I learned from owner Annie Lee, these items hail from around the world. She said, “After 30 years of collecting, we have over 3,000 items in our inventory. Our imports come from the Middle East, all over Asia: the Pacific Islands, Morocco, China, Thailand, Afghanistan, India, Pakistan, Papua New Guinea, Nepal, the Philippines…,” all of which she amassed with her husband on their travels halfway across the world.

“After 30 years of collecting, we have over 3,000 items in our inventory. Our imports come from the Middle East, all over Asia: the Pacific Islands, Morocco, China, Thailand, Afghanistan, India, Pakistan, Papua New Guinea, Nepal, the Philippines...” - Annie Lee

Annie Lee has always led a thoroughly global life – she was born in China, but left at 18 months old to move around the country and settle in Hong Kong for a while. Then her family flew across the world to Vancouver, Canada, where her parents reside now, but Annie left for college soon after, and ended up in New York City. Before Leekan Designs, she taught painting classes for a few years and gained experience in antique restoration.

She started the business with her husband in the 1980s by giving and selling souvenirs to people around them, but then their friends told them they wanted more. So they began a wholesale business out of their SoHo loft – at the time, rent was $3,000 a month, and business was doing well. They wholesaled to institutions such as the Metropolitan Museum and the Smithsonian, as well as to individuals across the United States who lived in states like Santa Fe, Arizona, and California. Twice a year Annie and her husband would also go to the New York Gift Show to showcase their inventory, gaining new customers and introducing their business to an extensive crowd. Still, their existing SoHo clientele was of an affluent nature, consisting of celebrities, models, and tourists who mainly looked for large, expensive items, such as furniture and rugs.

The Soho neighborhood worked well in Leekan Design’s favor. The growing prosperity of the area during this time period and the commercial interest in ethnic and exotic items allowed for the business to maintain its trade for quite some time. According to the 1979 census, the average household income in Soho was $45,254, which was notably higher than the surrounding neighborhoods in Lower Manhattan. More than thirty years later, this income would more than quadruple in number.

For the past several decades, Soho has been a location known for its trendy boutiques and pricey real estate. The actual area of Soho is rather small, which is roughly enclosed by Houston St to the north, Crosby St to the east, West Broadway (or sometimes 6th Ave) to the west, and Canal St to the south. The name “SoHo” is an acronym derived from South of Houston Street which was created in the 1960s.

According to the Landmarks Preservation Commission’s 1973 Soho-Cast Iron Historic District Designation Report, in the late 1700s, the first businesses were established in the area of Soho, and by the early 1800s, development of the area began in earnest. The settlement of affluent men along Broadway gave the district a respected reputation, especially in the eyes of the middle class. Population grew more than twofold, maintaining the area as a residential neighborhood until 1850. It was around this time that the cast-iron buildings Soho is so well-known for today were first constructed, and with the new buildings came new businesses. Instead of local small shops, bigger stores like Lord & Taylor’s opened, along with hotels and theaters, changing the dynamic of neighborhood. Small manufacturing companies and warehouses opened as well, following the move of middle class families who were leaving the area.

However, in the 1880s and 1890s, Soho became a trade and manufacturing center, losing its entertainment businesses in favor of factories and textile firms. Although the industry did well in the area during the time, by 1900 businesses moved north and out of the district due to the interest in the businesses moving northward as well. When they left, only vacant buildings and small firms stood for about six decades.

The 1960s saw a change in the area once again. Artists had a new-found interest in the spacious and cheap lofts of Soho, and began moving quickly, causing the district to become “one of the most important creative centers of contemporary art in the nation”. By the 80s, Soho was still on the rise as a cultural hubbub, attracting more and more people to the neighborhood each year. Its attraction was in part due to the Landmark Preservation Commission establishing Soho as a historic district in 1973, which was extended in 2010. It was the area’s cast-iron buildings originating from the 1850s to the 1870s that helped Soho give it its worldly charm. Builders stopped using the cast iron when steel became the newest, cheapest option, resulting in the neighborhood becoming home to the largest number of such buildings. The versatile yet incredibly strong material lent itself for molding which allowed architects to utilize decorative, Victorian Gothic styles and other European designs – the architecture is among the last of its kind in the world, making the area not only culturally significant but historically noteworthy as well.

Making a living in the rising neighborhood worked for almost thirty years until the skyrocketing SoHo rents due to gentrification put pressure on Annie and her husband, who were eventually forced to move out from their loft on Mercer and onto Rivington St., off of Bowery. The space had been used for storage for Leekan Design’s vast

inventory while the business was run from Soho, but at the time of the move, rent was $15,000, and when their landlord upped it to $17,000, that was the final straw for the Lees. Their decision reflects many business owners’ struggles in the neighborhood – rent is one of the major factors in the disappearance of small businesses.

According to Social Explorer, in 1980 the median cash rent for residential leasing in Soho was $379. In 2014, that price would rise to $2,001. This map below also reveals the disparity between Soho and the Lower East Side, and shows why Annie would decide to move to Rivington St, despite only being a few blocks away. In 2014, the median rent would be $1,018, still about a thousand dollars cheaper than what one may find in Soho. Although Annie pays commercial rent which is much higher, it can be assumed that these residential statistics reflect the commercial data, especially since Annie’s own experience with her rent shows such a situation.

Unfortunately, when they lost their place in SoHo, they lost many of their regular customers as well. It was a drastic change for Leekan Designs – no more famous people, no more tourists. Annie says the business’ actual clientele are aging, and that Leekan Designs is not popular with younger crowds. “They are not interested in the tribal, ethnic things we offer,” she shrugs. This may be surprising to some, since tribal prints and patterns have been all over department stores and trendy clothing boutiques for a number of years. However, this may be part of the reason why Leekan Designs is not attracting a youthful audience – when the aesthetic is available at a cheap cost and easy location, why bother looking for the genuine thing? Cultural appropriation is also tense subject at the moment, which may be why people are shifting away from “ethnic”, and towards minimalist – avoiding the baggage that comes along with the authenticity, perhaps?

In the 1980s, when Annie Lee began Leekan Designs with her husband, businesses like hers were not uncommon in the Soho area – Pearl River Mart also specialized in Asian ethnic goods as a well-known and long-established Chinese department store. It was also a business Leekan Designs wholesaled to, but when we visited Annie in March, she told us this store happened to be closing that weekend. Pearl River had began in Chinatown, 1971, and had moved locations several times before settling in Soho. However, by April 2015, rents had risen for the business to $100,000 a month, and were threatening to increase five-fold at the end of the lease.

With the closure of Pearl River, Leekan Design’s wholesaling business is becoming a fast-disappearing source of revenue. The Smithsonian “switched hands” as well, so they do not reach out to Annie for merchandise any longer. It seems that the rising rents coupled with the waning interest in ethnic products in downtown Manhattan are resulting in small businesses bearing the brunt of gentrification.

Moreover, their new location in the Lower East Side was not quite as affluent as the neighborhood they left. At the time of their move, which was in 2009, the average household income in the business’ area was $90,452, which is lower than the average household income in their former location: $167,497. Annie was forced to cut the staff with the loss in revenue, and today only she, her husband, and one other long-time employee maintain the business. For a time, she tried hiring college students to assist her, but as Annie found, it was not worth the time, effort, and money to train the part-timers: “They say they are going to work, but after the summer they’re gone!”

Looking to the Future

Currently, in reflection of the modern computerized age, the Lees are attempting to shift towards a digital platform as Pearl River Mart has with their e-commerce website, but cataloging and photographing 3,000 items is no easy task. So far they have a significant inventory on their website (pictured below), which is displayed in a simple and easy-to-understand layout, lending itself to a wider audience. However, there are a number of items Annie says she hasn’t been able to upload yet, due to the sheer volume of their physical collection. Correctly utilizing and managing the website is difficult for Annie as well, so presently there aren’t many sales that occur online. 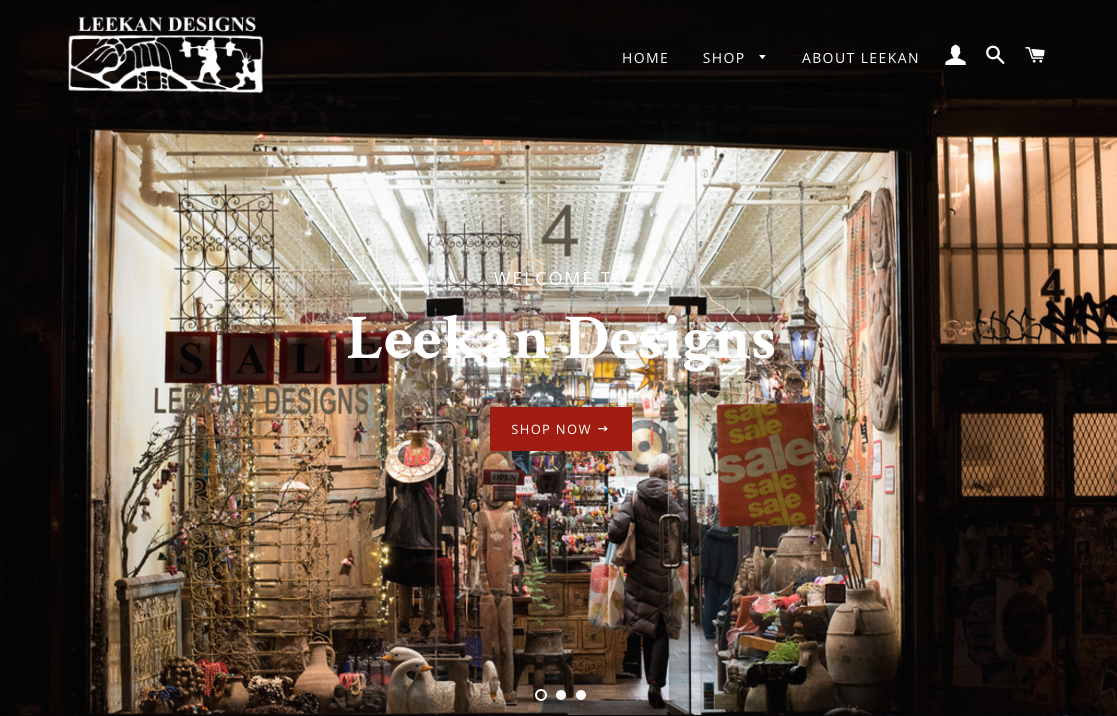 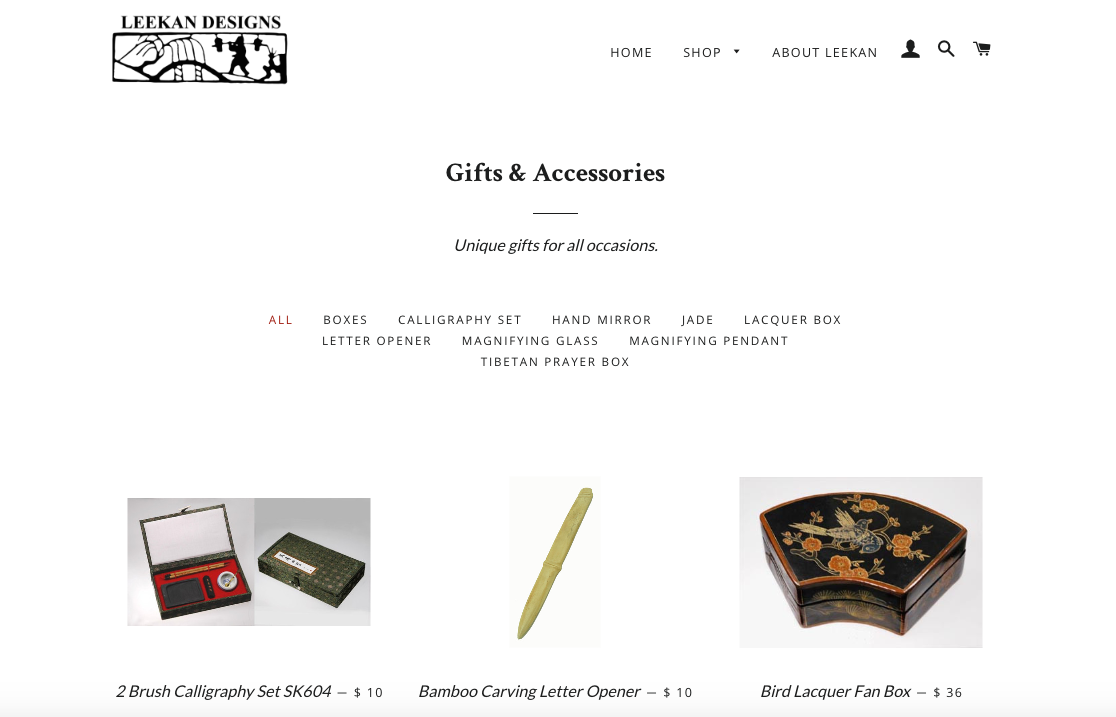 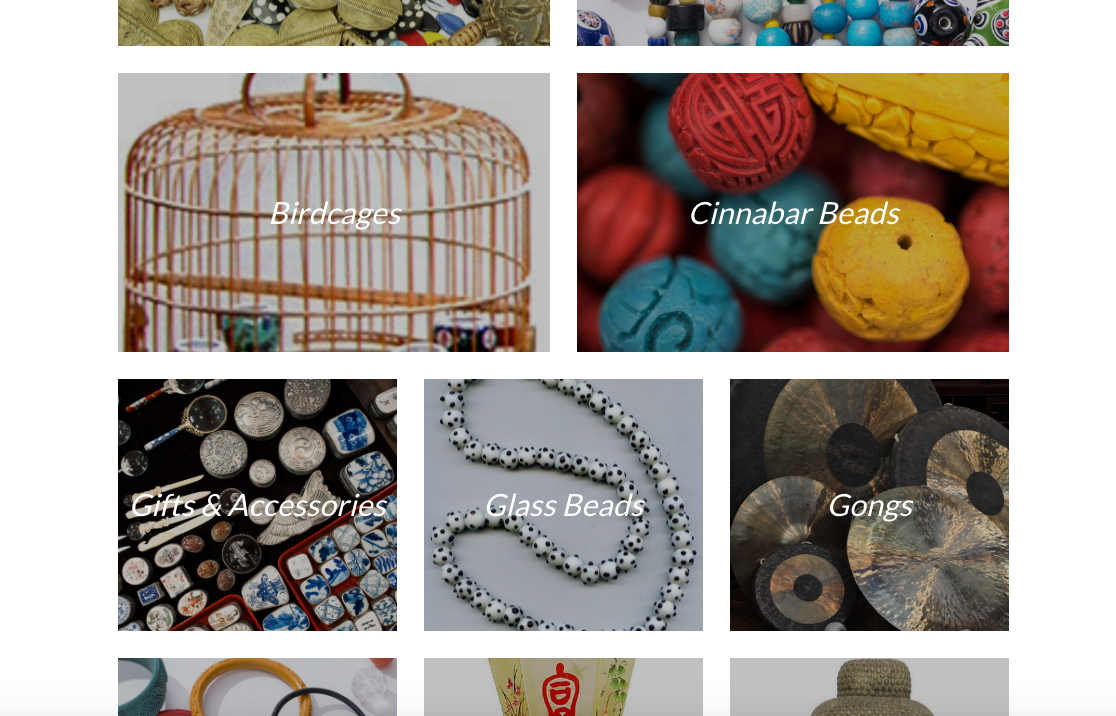 The image below shows a timeline from 1980 to 2014, revealing the increasing average household income over the years. It seems that gentrification in Lower Manhattan is only continuing as the years progress.  Although this change is obviously detrimental to a number of local communities and businesses (including Leekan Designs itself), there are still some small businesses that also profit from the influx of a higher-income population. Leekan Designs is one of these businesses. With the ever-growing neighborhood dynamics of New York City, there is still a possibility of Annie Lee’s business maintaining its over thirty year establishment.

Leekan Designs is a beautiful store with rich, deep history in its products. It is truly stunning to see Annie and her husband’s vast and growing collection from all over the globe displayed in one space – a space, although not in its original Soho birthplace, is still in the heart of the vibrant, diverse city of Manhattan, New York. Any visitor of the store can attest to its beauty and authenticity, and it is incredibly saddening to see this business facing difficult times. Annie says that the business is probably one of the last of its kind in New York City. When we asked her what her plans were for the future, she said, “I would like to retire in Thailand with my husband.” 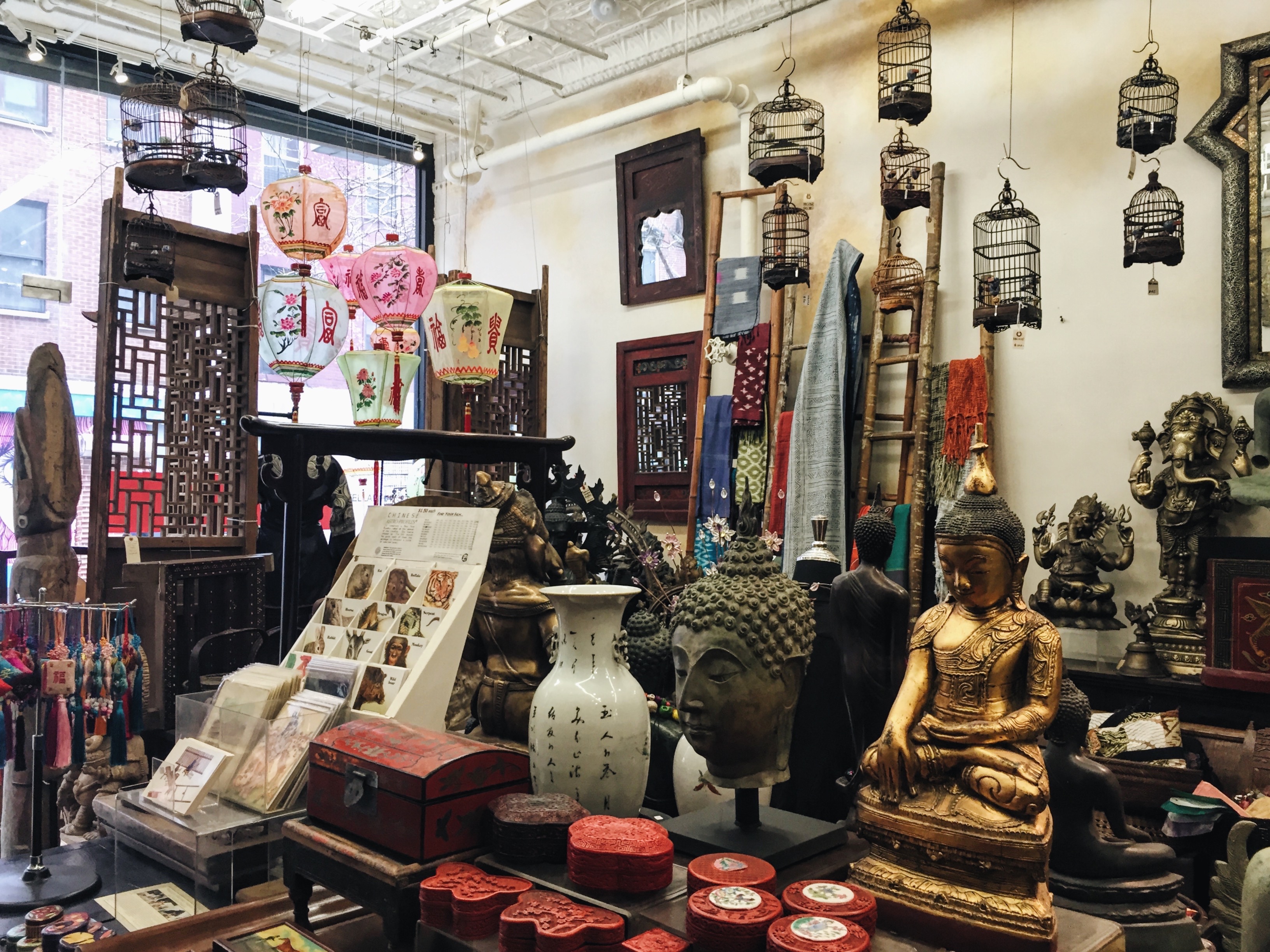 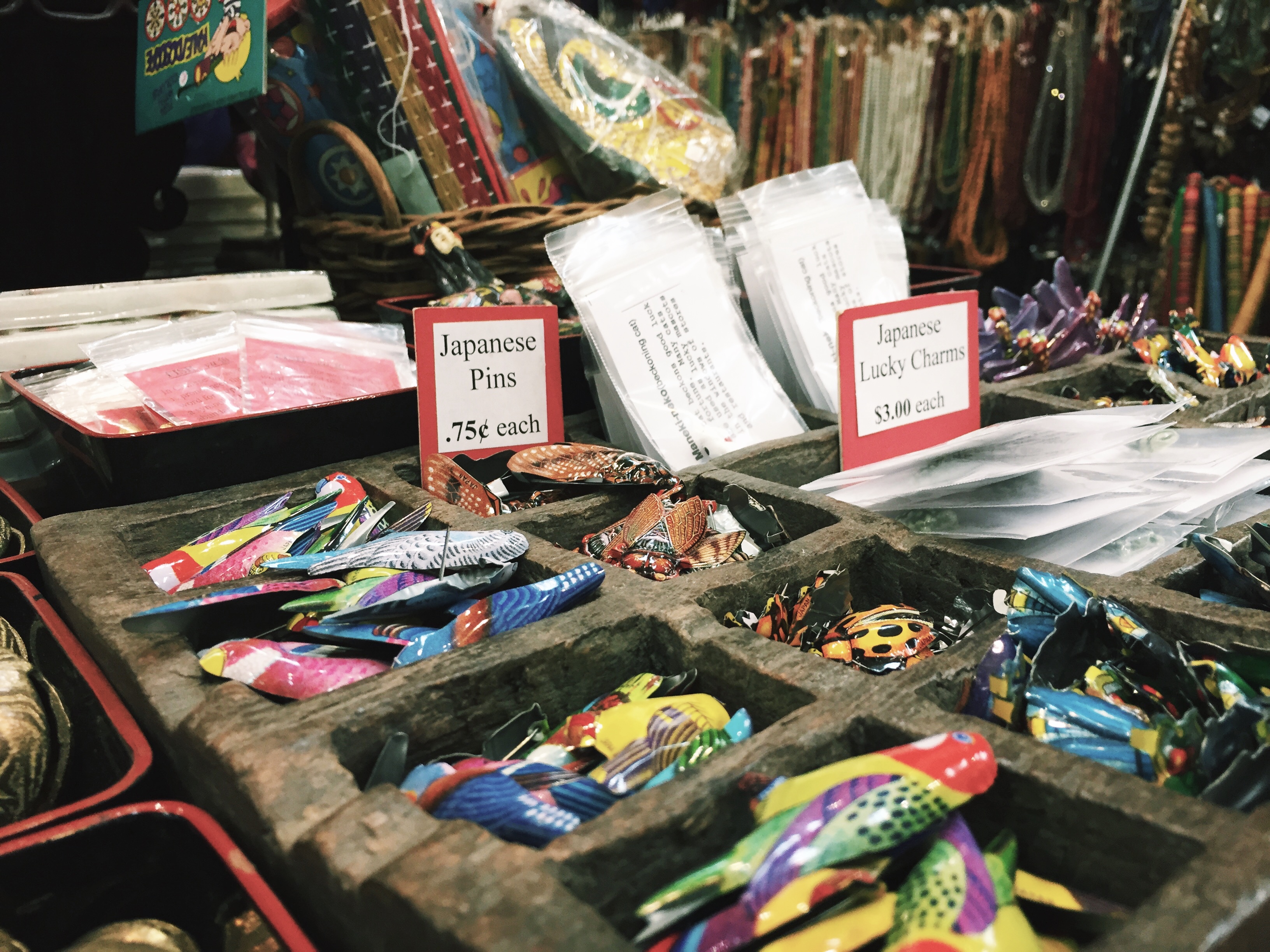 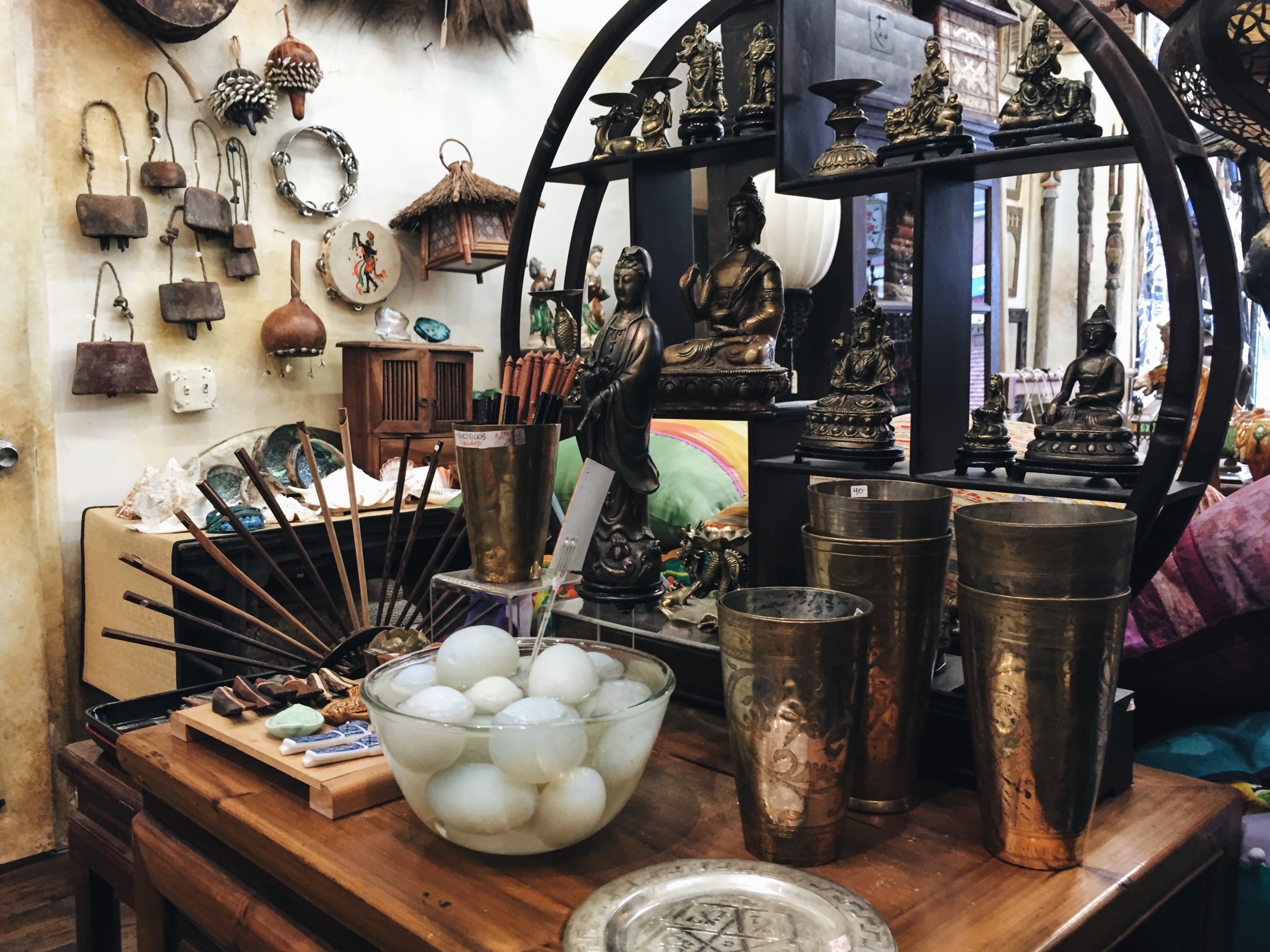 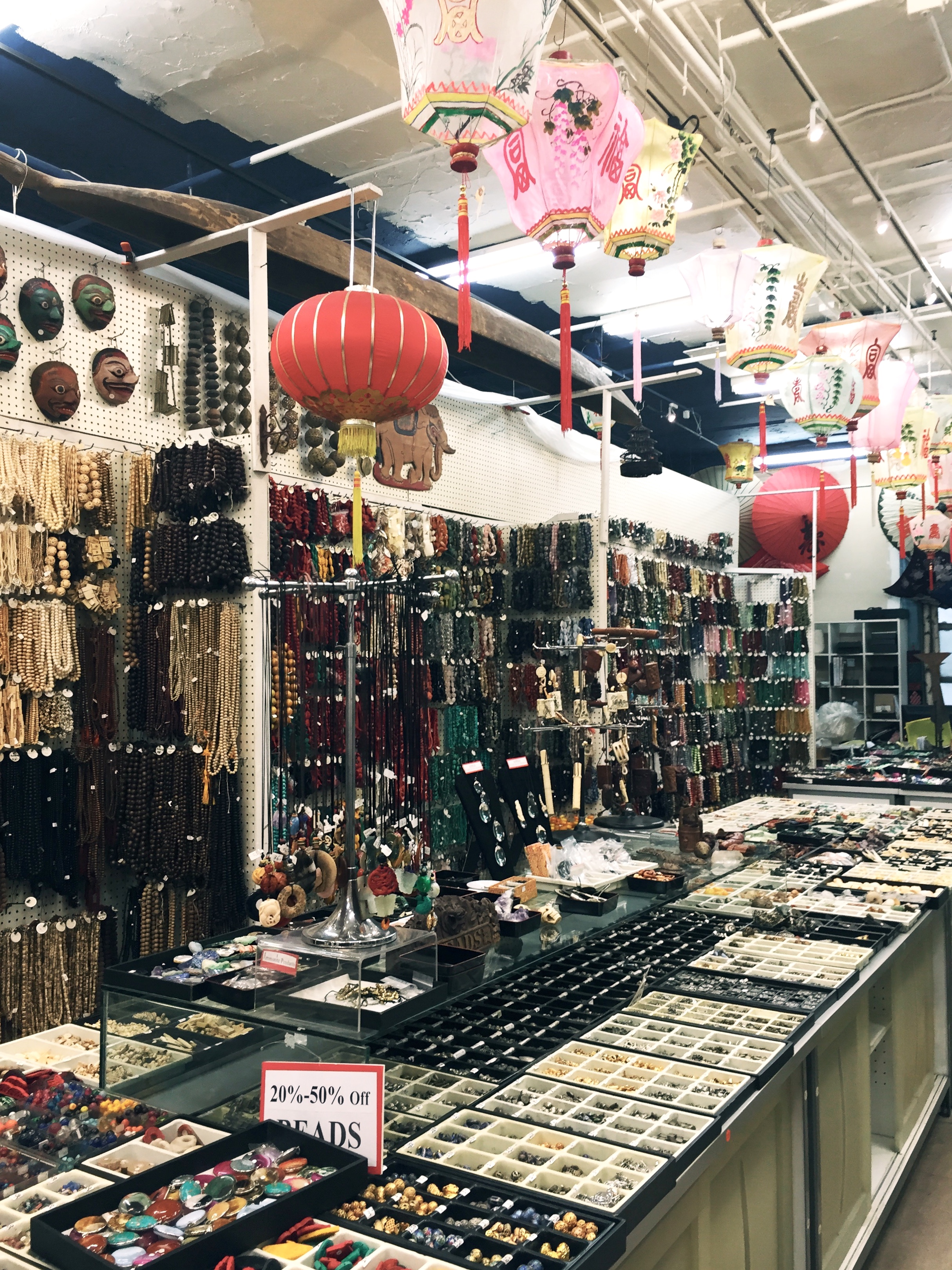 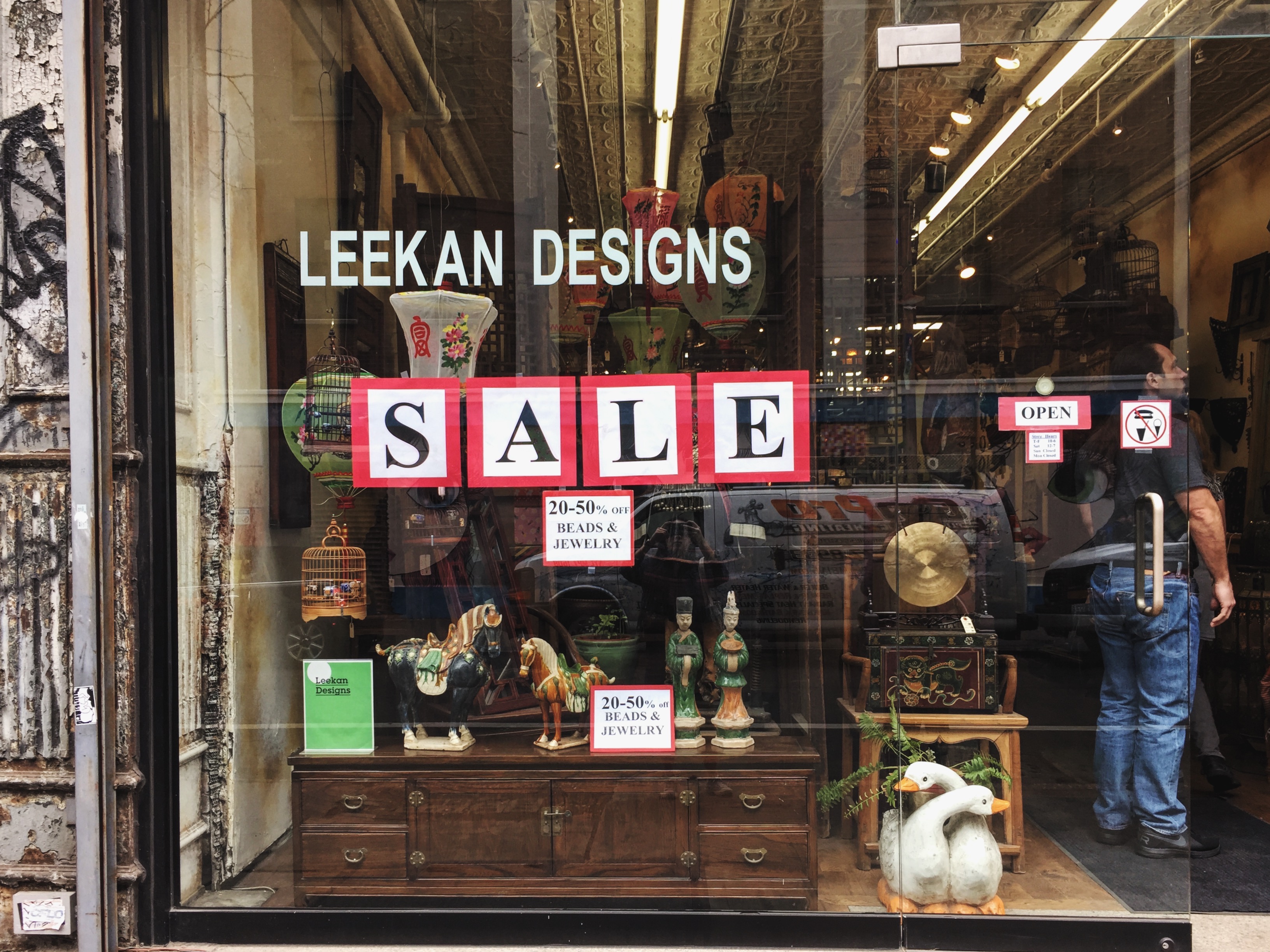 Leekan Designs is located on 4 Rivington St., off of Bowery in the Lower East Side.