Even in times of economic crisis, the value of art never truly drops. According to Carol Vogel in his article “This Little Rothko Went to Market”, art collectors tend to spend millions of dollars on paintings, drawings, and sculptures in times of economic crisis. Some collectors feel safer by turning their cash into artworks in the time of the euro crisis and American recession, while others feel safer selling their art in times of crisis. While the stock market fell 3% in September, auction and private sales “remained robust,” as Marc Porter stated, and had an increase in new buyers. Thus the market for art is ever expanding and growing.

Sotheby’s, Christie’s, and Phillips de Pury & Company are hosting auctions in New York this month in order to capitalize on the collectors’ plights. Many collectors will be attending the auctions that will be hosting artworks ranging from millions to hundreds of millions of dollars. With the future of the American politics uncertain, many American sellers have been selling their art in case the 28% tax on fine art increases. Artworks from Monet, to Rothko, to Picasso are being auctioned, but mostly to appeal to the new collectors whose preferences are still unclear. The savviest art collectors, Steven A. Cohen, Peter M. Brant, Stephen A. Wynn, and Douglas S. Cramer, will be attending the two week long auction season along with the crowd of new collectors in hopes of purchasing famed blue chip artworks. 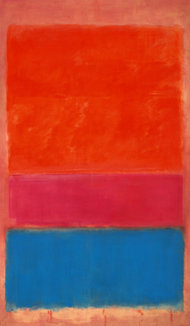 As Brett Gorvy said, in the article, “its an icon market.” Art collectors buy the best, they buy the most expensive, and for what purpose? For bragging rights? For making profits? Is the value of a work of art the price it is given? From reading this article, it seems as though art collectors aren’t buying art, but rather a safety net for investment and a status in the art world. Collectors aren’t appreciating the beauty and magnificence of these works of art, but are appreciating the price tags given in the auction houses instead. Personally, I believe that art should be shared and appreciated by everyone, not kept hidden in someone’s house or storage facility waiting to be auctioned off in the light of economic gain.

By Ari and Garrett Hi, my name is Garrett (all the way on the right) and I’m from Brooklyn. I was born and raised in NYC, so technology is my passion. I love to watch movies, play video games, and sleep. The life of laziness is the life for me, but I’m sure that the many different cultural experiences waiting for me will keep me awake.