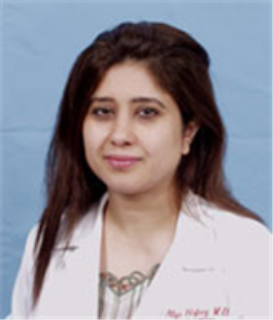 Attiya was 16 years old when she boarded the plane to America. It was a ten hour flight followed by another three hour drive from the airport until she reached where she would be staying in Philadelphia. Although she was upset about having to move, she knew that her father was making the best choice for her and her family. Even though she was born in Kuwait and lived there her whole life, she was still considered a foreigner since her family was Pakistani. That meant that there would be no opportunity for her or any of her siblings to get a higher education in Kuwait so she had no choice but to move.

Her first impression when she drove up to her uncle’s house was that America was “beautiful.” What surprised her the most, interestingly enough, was the weather. While we’re familiar with the seasonal weather in the northeast of the United States, Kuwait is very different because it is “situated in a section of one of the driest, least-hospitable deserts on earth.” The temperature rarely ever goes below 70 degrees, sometimes even reaching 130 degrees in the Summer months. So it’s understandable that what Attiya remembers the most about first being in America is the weather. Winter was particularly fascinating because “the snow was amazing.”

Her life in Philadelphia essentially consisted of going to school and then fitting in as much studying as she could while she worked all night in her fathers 7-Eleven store. Attiya attended the local West Philadelphia High School. With a graduation rate of 62% and only 5% of students taking an AP course, even with a language barrier, Attiya found that “high school was a piece of cake.” Although academics was easy, society as a whole was very hard for her to adjust to at first. She came from a traditional Muslim family living in a Muslim country so it was strange for her to see the “open society” in America. She wasn’t used to seeing guys having girlfriends and girls wearing revealing clothing. With no other Pakistanis in her neighborhood, she realized that she’d have to conform to society when she was outside of her house. This meant that she had to stop listening to her favorite Bollywood songs and stop wearing her comfortable Pakistani salwar kameez. In addition, with money being tight, it was hard for her to buy new clothes to fit in and stay in fashion. Luckily, she was still young and she had her family with her to help her adjust. Eventually, she did adjust to the lifestyle. Within no time she had the signature afro of the 80s and was a Michael Jackson fan just like everyone else.

One thing she couldn’t get used to, however, was how dangerous the neighborhood was. In the 1980’s, there was a crack epidemic going on in major cities like New York and Philadelphia. Besides that, crime rates were also very high in West Philadelphia in general. Since her family ran their own store, this was especially frightening for them. Attiya says that “[she] worked for many hours alone in that store afraid that [she] might get robbed.” In fact, while in high school, she experienced being robbed at gunpoint more than once.

Even though Attiya was salutatorian of her class, she had to attend community college because she couldn’t afford to go to a 4-year college. After a year, however, with financial aid, she was able to transfer to University of Pennsylvania. Upon graduation, she decided to go to New York to study pharmacy. Her first time in New York, she found the city to be very familiar to Philadelphia. They were both crowded and New York had that same weather that she had fallen in love with. The good thing about New York was that it was very convenient; “You didn’t have to drive around to go everywhere”. She did her laundry right down the block and could find various food places within walking distance. A downside was that “the views in New York is not so beautiful as it was in Pennsylvania with the greenery and open space.” Coming from an open place like Kuwait, the tightness of the city was a bit uncomfortable for her. Her least favorite thing about New York was the subway that she used to go to school. Attiya says  “[she] hated the subway because it was so dirty, dangerous, and unreliable but that was the only option [she] had since it was impossible to get parking in New York City. So [she] had to just jump in and go for the ride.” After class she would work as many hours as she could to make enough money to pay for her school and food. At the end of every long day, she returned alone to her small room in Flushing, Queens. As a result of the lifestyle she had in Flushing, she didn’t feel like she belonged in the community. Although Philadelphia was crowded, she at least knew her neighbors and the store owners. She also didn’t have any family in New York either. After just one year in the city, Attiya changed majors and went to Robert Wood Johnson Medical School in New Jersey.

Four years later, almost like fate, she was brought back to New York City to do residency. In 1989, the New York State Legislature enacted New York State Code 405 in response to the death of a patient in a New York City hospital, likely due to the mistake of a overworked and sleep deprived resident. This code, which only exists in the state of New York, limits the amount of work resident physicians can do to about 80 hours per week. When Attiya heard about this law, she knew that New York was the best place to do her residency. Her experience in New York this time around was much better. She lived in the hospital housing in Borough Park, Brooklyn where she felt very comfortably safe in. While living here, she didn’t feel like she was in America because she was surrounded by so many immigrants. In 2010, the U.S. Census showed that the area she lived in was 11% white, 2% black, 60% hispanic, and 26% asian, which is similar to how she remembers it back in the 1990s. This was not like the America she was used to when she was living in Philadelphia. She says that “In Philadelphia everyone was white or black, but here there were so many immigrants.” Although she was busy working, it was easy to adapt to a city that is so accepting of immigrants. She was able to make many lifelong friends, not just with fellow resident physicians but also with the Chinese lady at the hair salon two avenues down and the Jewish pharmacist down the block. Most importantly, America gave her a good job that came with respect so it was easy to make a life here. In the little free time Attiya had while doing residency and raising her children, she was able to explore New York City even more. From a young age she had an interest in art so the museums were her favorite place in the city. She especially found the Madame Tussauds Wax Museum and American Museum of Natural History very interesting. One of her favorite places to bring family visiting New York is the Statue of Liberty. Back in Kuwait there weren’t any museums or landmarks that interested her that much. Even in Philadelphia they “had a bell and that’s about it.” As a result she is very appreciative of the fascinating landmarks that New York has to offer.

After residency, Attiya opened up her own practice across the street from the hospital where she did her residency and continues to live in the city. What she feels most fortunate about is being able to live in such a diverse and accepting city that has given her a good education to succeed in life. She says that life would be perfect in New York if the housing wasn’t so “old and small.” Attiya understands that “living in the city is a compromise because, although you are given so many opportunities to make good money, you are limited in terms of space to have a big house.” Nonetheless, she doesn’t regret her decision to come here at all. Over the decades of living here, New York has become her home and she can’t imagine herself living anywhere else.