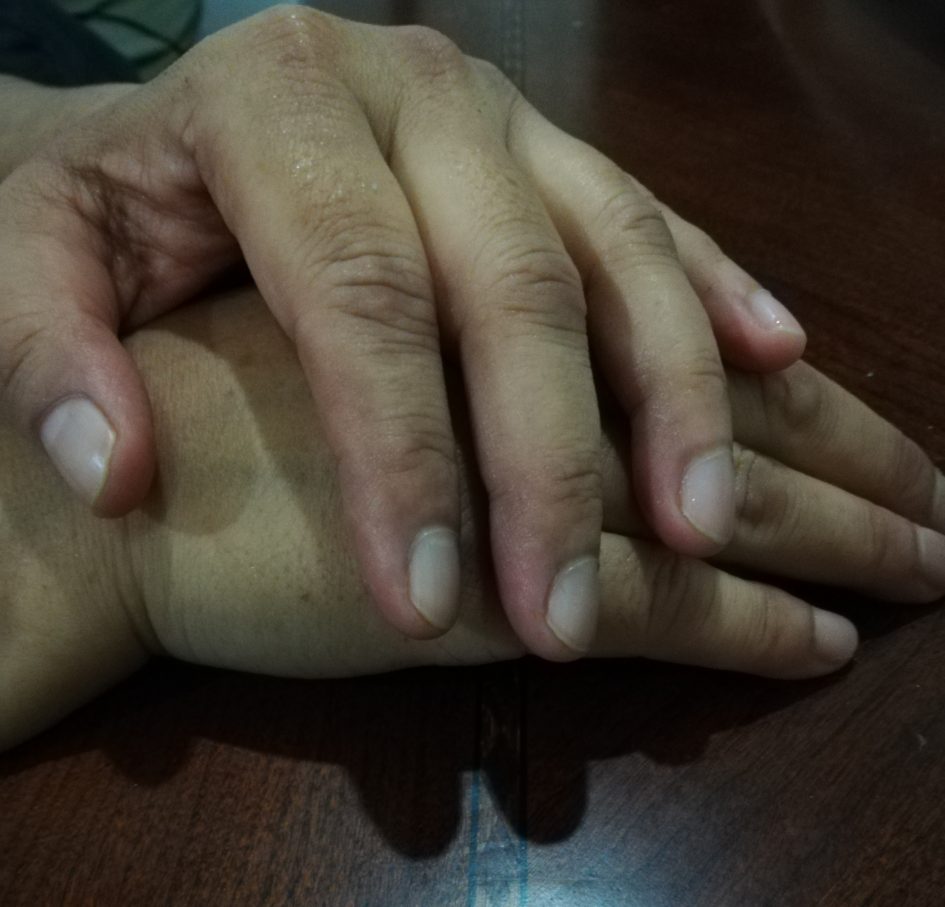 Turning sixteen-years-old means sweet sixteen parties or the excitement of learning how to drive for the first time. It represents a milestone in life and provides a sense of newly found maturity for many. But for Begum, sixteen was the first time she met her father.

Begum’s life in New York really begins with her father, Asif, who at a young age left his life in Bangladesh for New York in the seventies. At the same time, he had to leave his young family and beautiful island hometown at the shore of Bangladesh, Sandwip. As much as he would come to miss Sandwip’s sunsets and waterways, Asif knew that he would have to sacrifice his comfort for the sake of his family. After gaining independence the 1971, Bangladesh faced much political unrest due to the assassination of President Sheikh Mujib in 1975 and the rise of many new political parties. Additionally, there was a widespread famine from 1974 to 1975, affecting millions of families, including Asif’s. With the intention of providing a better life and income for his wife and children, Asif uprooted his life to live in the United States. But the process to bring the rest of the family with him took the majority of Begum’s childhood.

In 1993, Begum, her mother, and her siblings followed in suit and moved to America. Leaving her friends, family, and her life behind, Begum had to adjust to the change in scenery rather abruptly. As the eldest, she had the responsibility of taking care of her mother and her siblings during the move to New York. Not only was she introduced to a new life in New York, but she was introduced to her father too.

“Honestly, I didn’t know how to talk to [my father],” Begum said while drawing circular patterns on the living room table. “He was my father, but he was a stranger too.”

What her father lacked in time with his family, he made up for with the lessons he would teach about America. With so many different types of people, unlike the monolithic community of Bangladesh’s Sandwip, Begum and her family needed to learn how to interact with all New Yorkers. “Respect was something my father taught me and my siblings a lot about. I continue to show respect to everyone around me, poor, rich, young, old.”

The neighborhood of Kensington was vastly different from the Kensington Begum remembers today. With a limited Bengali population, Begum had to learn the hard way that loneliness makes the heart grow homesick. She had moved from a peaceful village, where she knew everyone around her, to a boisterous city, where even neighbors barely knew each other. She would often greet people on the streets in Sandwip, even if she did not know them personally. But in New York, she noticed how people would not even make eye contact on the street. It seemed like a culture shock to her and made her miss Sandwip everthemore.

Fortunately, she was able to visit Bangladesh on numerous occasions as she reached her twenties. Equally as unfortunately, Begum found it difficult to complete simple tasks because of the cultural and language barriers imposed by the differences in American and Bangladesh. Having only a high school equivalent of English knowledge, it was difficult to communicate with other English-speakers. This became especially trying when she had to apply for part-time jobs to help with the finances around her home. Simple things, like shopping for halal food, was also very frustrating. The difference in seasons was something Begum had to familiarize herself with, especially during the cold winters, during which Begum would always feel lonely and depressed, yearning for the warm weather of Sandwip. As a young woman, all of this seemed to be large burden that she could only hope to push through.

As she got older, Begum adjusted to her life in Brooklyn. She was able to successfully improve her English, and she learned to navigate between the different marketplaces throughout New York. With acquired knowledge up her sleeve, Begum learned where to get the best Bengali Ilish fish and that Costco was a great place to buy a great quantity of spices and ingredients.

She also learned to understand her father more. Even though the move to New York was hard for her and her family, Begum says that her father helped them and did his best to make sure that they were all comfortable, which included helping them with their english and having them watch television to understand more about American life. A few years after moving to the United States, Begum moved away from her family’s house after getting married and had two children, Alam and Sanjeda, today aged 21 and 18 respectively. Still maintaining contact with her parents, Begum found herself surprised at the life she was able to create for herself. Though she had become close to her father, she was glad that she was able to live in New York with an intact family. When her kids were born, she felt like she wasn’t alone for the first time. She had her parents and her husband, but her kids needed her for everything, “I was someone they could rely on, and that gave me strength.”

With all of the facets of living in New York, one of the more peculiar aspects Begum found about New York City was its subway system. Even today, she doesn’t understand how something so important to the city could be so dysfunctional and unclean at the same time. However, the animosity she feels towards the subway, as New Yorkers do, does not compare to the numerous memories she owes to the MTA. One of her favorite pastimes includes visiting areas like Prospect Park. She and her family would have picnics during the summer while her children were still young. The Sandwip Association would also host numerous picnics in parks across New York and Long Island, to which Begum and her family would enjoy delicious Bengali food, good company, and adorable pictures. She also would enjoy fishing in Coney Island, which reminded her of fishing with nets on the shores back in Sandwip. A pier in Coney Island where many are able to fish

The only way she would be able to travel to any of these places with her family was via train. While the ride itself wasn’t anything special, it were the destinations the train took her to that made these trips memorable for Begum. Although now, her family owns two cars, so there is little dependence on the subway these days. That doesn’t mean that she still doesn’t enjoy these activities, however. She still enjoys going on picnics and dawats, or dinner get togethers. And while she doesn’t fish as much, she maintains a healthy garden in her backyard, another thing that she enjoyed doing in Bangladesh.

Despite how she grew to love New York City and its sites, she says living here does come with additional drawbacks, even today. One of the main issues she’s faced was the Islamophobia and racism she experienced from her New York counterparts. After the events of 9/11, Begum found herself at the crossroads of her faith and background and the new home she’s adopted. Islam-targeted hate crimes increased after the attacks in the forms of violence and vandalism. Although 9/11 did not affect her directly, she noticed a shift in the way people regarded her on the street. There would be times when she would be walking on the street after picking her kids up from school, but would notice people conspicuously crossing the street to avoid passing her. News and media depictions of Muslim Americans also made Begum and her husband increasingly stressed about the future of their family. It become so concerning that the two even considered taking their children back to Sandwip for the sake of their safety. After all, vacations to Sandwip have made their children familiar with the life there.

What changed her mind was the growing community of other Muslim Bengali families in Kensington. She felt like the community stood up well again the gross atrocities of the 9/11 attacks and the issues the followed consequently. The diversity in New York made it easy for her to see that there are people who are understanding of the plights of Muslim Americans across the nation. “After living here for so long already, I wasn’t ready to let go because of the horrible misdeeds of another crazy person.”

The dynamics of Kensington’s population have drastically changed over the past 25 years. The Bengali population in New York has risen faster than any almost any other Asian immigrant group from the years 1990 to 2000. With so many new Bengali families moving in, and Begum found herself with a safe network of women and family. Over time more and more of her relatives moved to Brooklyn, and Begum was happy that she provided a large extensive family for her kids, unlike the small divided family she grew up with.

With a large portion of her relatives currently living in Brooklyn, Begum finds that her life today is much more comfortable than it was in the past. When she used to find it challenging to find halal poultry, today she finds locals butcher shops at almost every corner of Church Avenue. “The number of Bengalis drastically increased. It wasn’t like this 20 years ago, and I think it’s like a mini-Bangladesh now.”

With both of her children now in college, Begum has accomplished a great deal after first arriving at the age of sixteen. “As much as I love Bangladesh, I moved to America for a better life and I’m receiving it here. It’s where I spent more than half of my life now. It’s where my children were born and grew up. Proud of the life I created here, so I’ll continue to reach my milestones here.”

Her family has gotten much bigger and she has managed to stay close with family and friends. Begum acknowledges that she didn’t choose to move to New York, but she wouldn’t have had it any other way. After all, she has made a home out of New York, was able to create a big family that included her father. Although she often travels back to Bangladesh, Begum is sure that she would not have chosen any other city to live in.