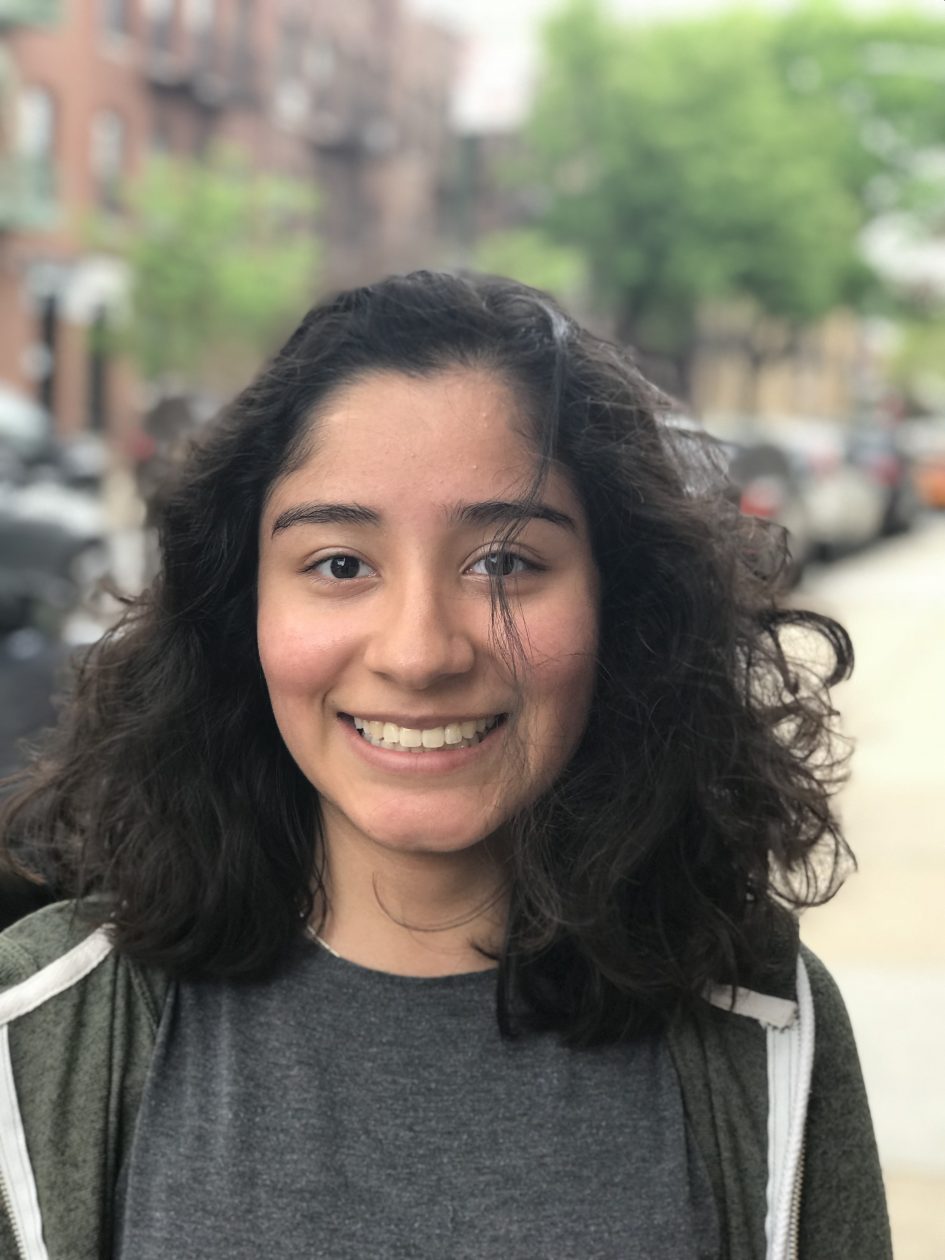 “Go back to your country.” “This is America. Speak English.” These are the words millions of immigrants are slandered by from white nationalists and the alt-right. While anti-immigrant rhetoric has existed long before Donald Trump rose to the presidency, it seems that this discriminatory pomposity has only gotten worse since this administration moved into the White House. According to the Center for Immigration Studies, there are 42.4 million immigrants in the United States, both authorized and unauthorized (CIS). With the large number of immigrants living here today and the country’s foundation in immigrant roots, how are foreign-born Americans affected by this slander? What about people who are brought here as children?

Daniela is one of those children. At the age of 3, she was brought to the United States by her mother and father from Mexico along with her sister, Vania. Soon after their arrival, they went to California and Massachusetts before establishing roots in New York City. They moved into a small, crowded apartment in Astoria, Queens that housed her aunt and her husband’s extended family. “We would sleep on mattresses on the floor or five of us slept in one bed,” she describes. Ultimately, her parent’s hard work paid off and allowed them to afford to move to their own apartment in Astoria, down the block from her aunt’s. “I remember [my Dad] leaving really early in the morning and coming home late at night when I was going to sleep. My mom had to start working too. She worked at a laundromat every day and we always had to go to work with her.” President Trump has been a vocal opponent to DACA since President Obama enacted the program in 2012.

Daniela is a DACA recipient. DACA is the Deferred Action for Childhood Arrivals, an executive action policy created by President Obama in 2012 that allows individuals brought to the United States as children to stay in the country on a renewable two-year basis contingent upon their enrollment in school or employment among many additional requirements the recipient must meet. Trump and many Republicans have opposed this legislation and have attempted many times to repeal DACA; their efforts have been countered by judges who claim that its revocation is unconstitutional. It has even divided the House with Democrats avidly fighting for its permanence. As of late, a federal judge has ordered that DACA continue accepting applications and renewals, overruling Trump’s order that it be halted.

“I think it’s way worse now. Before, not really. I think [my neighborhood, Astoria,] helped since there are a lot of Hispanics here.” Despite current anti-Mexican and anti-immigrant rhetoric that has plagued the nation, Daniela describes that Astoria has always been her safe place and her home, despite not having been born in the country. Acclimating to a new culture was aided by a neighbor who took on a grandmother-like role to her and her sister. “She would take care of us when my mom couldn’t take us to work. It was really helpful. She’d teach us how to read and she’d play with me.” Growing up, the politics of being Mexican-American was never an issue; her community of family and neighbors was her support system. School was also a facilitator for her.

“School is where I learned English. I remember being in ESL until 2nd grade but I don’t think I had any trouble learning. It was never an issue of fitting in or a social issue [just about acclimating].”

Daniela has never felt like Astoria has never been her home. Being the settling point of immigrants worldwide, the neighborhood is home to people from almost 100 countries (NPR). It is the diversity that makes the area attractive to many people since no one nationality is dominant, rather the coexistence amongst residents is. “I like it here since the stores are close and everything is close. Everyone is nice.” A residential street in Astoria

Despite the harmonic dynamic amongst Astorians, gentrification has begun to overtake the close-knit neighborhood. This includes an influx of new developments, young adults, boutique coffee shops and bars, and of course, rising property values, especially along the neighborhood’s main corridors like Broadway, 30th Avenue, and Ditmars Boulevard. This change is not only evident visually and economically but is evident socially as well.

“There’s a lot more white people. There are a lot of new restaurants—it’s definitely more crowded than ever before but rents have gone up.” Gentrification in Astoria has brought “a 28% increase in rent prices” and has made the neighborhood “younger, more educated, and more weighted towards non-family households since 1990” (NY1). Daniela’s experience as Astoria has changed is no different to other local residents. The shift of dynamic is most evident as the tight-knit community has seen changes in the resident makeup and in the composition of the local businesses. Small mom-and-pop shops that have resided in Astoria for decades have been priced out by larger big-box companies or newer businesses with more capital. Daniela says, “I feel like there’s more nightlife now than ever before.”

When asked if gentrification is a good or bad thing, Daniela is split. “I’m kind of in the middle. There are going to be lots of improvements but people who live here might not be able to afford it.” However, the recent changes in her neighborhood have not affected her connection to her neighborhood. “I’ve always felt like I belong here.”

To others like her, who were brought to New York City as a child, who is Latinx, who is a DACA recipient, who’s being here is being threatened every day, she says, “Don’t be afraid to ask for help.” On a larger scale she says, “There are a lot of families who are embarrassed to use [welfare programs], but they shouldn’t be. You really do need all the help you can get.” DACA recipients are ineligible for welfare programs like food stamps, Medicaid, and WIC—programs that help families in financial need. “There’s no need to be embarrassed.”

As for the future, she is uncertain as to what she is going to do after she graduates. “I don’t know what I’m doing. I want to go away for grad school, but it’d be easier here. I’d have to start all over again somewhere else. There’s a lot of opportunities here [for education] and opportunities to work and volunteer.” Daniela appreciates that she can go to college in a safe city, where her status is irrelevant compared to other parts of the country.

Daniela’s Astoria is her stomping grounds. She knows the neighborhood like the back of her hand. Despite having been born in another country, it’s the only place she knows and calls home. “I feel like a lot of kids might be more afraid to try their best. There is so much more fear now than before.” She continues to believe that Astoria will continue to be a community that supports immigrants and the immigrant hustle. The diversity is what makes it home and what makes it a viable place for people around the world.

Although Astoria is a utopia for immigrants and foreign-born Americans, it isn’t the case in many other parts of the States. “There is fear. When [Vania and I] went to California, we had our DACA card to travel and they stopped us at the airport. They told us we couldn’t go through and called other authorities. Finally, they told us we could go through but I feel like [it’s not the same in other places].” Unfortunately, this is the reality for many of DACA recipients, who still have legal protections and rights—albeit limited. The right to travel domestically is a right, as recipients have photo identification and can get state-issued identification, like driver’s licenses, although requirements vary by state.

Nevertheless, Daniela is confident in who she is. Being Mexican-American in a Trump-era America has meant that the future of DACA is uncertain. This not only frustrates DACA recipients, like Daniela, but also troubles and worries them. “Astoria is not the United States. It doesn’t fit the image of the United States. It’s diverse and [almost] everyone is a minority.” In a place where everyone is a person of color, it makes them a majority—perhaps the quintessence of the empowering community Astoria is to so many. “My New York is exciting,” she says, optimistic that New York will continue to be the safe place for immigrants it has always been.

Daniela’s story is one of many untold stories: those of childhood arrivals. There is an identity crisis that ensues when one is born is one place and raised in another. Daniela, however, has no problem identifying as Mexican-American and as a New Yorker. It seems as though the Trump administration’s attempts to degrade the meaning of being an immigrant have been futile in her eyes. She embodies that resilience is the key to success and happiness in a world polarized by politics. There are many risk factors that can impede one’s sense of self, but Daniela will continue to study, work, and persevere through the adversity. For her, being an immigrant in this political turmoil is about being resilient. For Daniela, Astoria is home and one of a kind and can never be replicated.