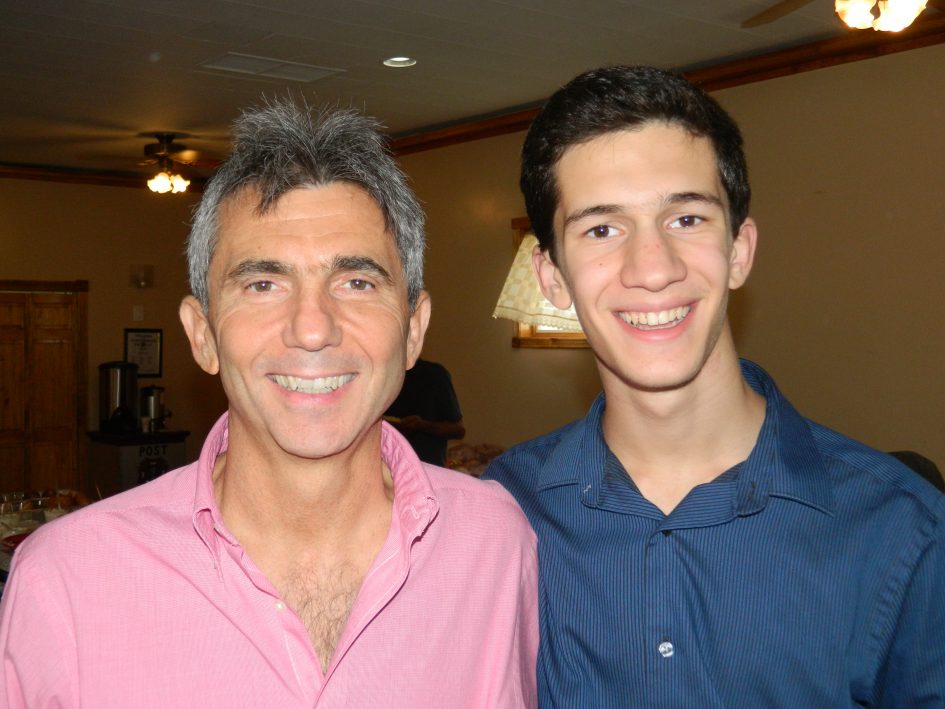 For a lot of immigrants coming to the United States of America for the first time, the sight of the Statue of Liberty and the lights of New York is an emotional, joyous occasion, as the prospect of obtaining a better life beckons in the distance. However, that was not the case for young Dominick, who moved from the small town of Siano, in the province of Salerno, Italy, at only eight years old. For a young child, the big city instead provided to be an overwhelming leap in exposure to new people, culture, language, and overall lifestyle.

Dominick came to New York in 1966 with parents and older as his parents desired for a life with a more promising economic outlook. At the time, the Italian economy had come off a strong period of growth and entered an economic downswing. In postwar Italy, many efforts were made to industrialize the country by building plants and factories. This was very successful in Northern Italy; however, this did not reach Domenic’s home in Southern Italy. The South failed to industrialize, leaving it with three times as much unemployment as the North, and with wages 40% below the national average. This was made even worse around 1963, when the socialist party took control of the Italian peninsula, and the overall economy took a hit. These economic conditions led the Leo family to join the hundreds of thousands of other eligible Southern Italian workers and head to the United States.

Despite being poor at the time of their departure from their home country, Dominick and his family were able to financially make the trip thanks to his grandmother, who was living in Bushwick, Brooklyn at the time. It was common in this time period for Italian immigrants in the United States to provide aid to family back in Italy, or even save up enough money to move back. This is perfectly exemplified in Dominick’s situation, as his grandmother living in Brooklyn helped finance the move, as well as providing them with a place to stay once they arrived.

In Brooklyn, he lived in a railroad apartment with his aunt, parents, and grandmother. Being that this apartment was small, he had to share a room with both his sister and his grandmother, with the other room going to his parents. In addition to these sleeping arrangements, the apartment was a railroad apartment, meaning that it was arranged so that the rooms came one after another in a line, much like the layout of a train. So, this combination of apartment alignment and sleeping arrangement resulted in privacy becoming a rare commodity when at home.

The physical process of moving to the United States was no easier than struggling to fit into this new home. Dominick felt that the best way to describe the overall journey and transition was as overwhelming. The first challenge he faced is one that may often be overlooked, which is what to bring. This was not packing simply for a vacation, thus he had to decide at only eight years old what he would bring with him as he left for the rest of his life. Next was the challenge of physically getting to America. He states, “…back then flying wasn’t as common as it is now, and we hardly ever did anything outside of our town, so travelling by bus or by boat for that matter was an experience, and we did come over in a boat, and that was difficult because everybody got seasick. And I’d never been on a boat at 8 years old, like I said, or any means of transportation for that matter, so the trip in itself was an experience – on a boat, a boat that size that had movies theaters – so many things I had never seen before”. At this time, the primary means of transatlantic travel was by ocean liner, a large ship designed to carry many passengers, usually migrants, along with cargo. Notable examples of this ship include the SS Michelangelo and the SS Raffaello. These ocean liners did often include amenities such as movie theaters that someone from an underdeveloped town outside of Naples would never have seen before, however traveling on them also often came with many negative consequences. Due to the size of the ships, sea sickness was often rampant, and despite laws passed in the mid to late 1800’s to prevent epidemics on long distance ships, unsanitary conditions often lead to widespread sickness among the passengers. Finally, the process of arriving in America provided a final challenge in the overall journey. Dominick and his family had to go through the process of completing paperwork, undergoing health checks, receiving vaccines and being given documentation, all with parents who both did not speak English or have an education past that of the fifth grade. They also had to make trips to the consulate and to their apartment without a car in an unfamiliar city with an unfamiliar language.

However, the biggest challenge for Dominick in the course of his immigration came from the main source of challenges in many boys’ lives: school. What he identifies as the major obstacle in becoming acclimated to American schools is the language barrier. He said that he was thrown into an English-speaking culture, thus he was forced to learn it. This was aided by his young age, so that he was able to pick up the language with relative ease. However, he joined his first American school year towards the end of the year, thus he was not able to learn quickly enough, and was left back. This was particularly upsetting as he had to watch any friends he had made move on without him. This was another area in which Dominick faced conflict in school. During this period, Italian immigrants were heavily discriminated against, with Dominick stating that kids would avoid him because he was different from them, both linguistically and culturally, and they would call him names such as Guinea. He also says he had trouble fitting in simply because his parents could not afford things that many other kids had. He recalls, “I just wanted to fit in as teenager or as an eight-year-old boy, and just to have friends and be like everyone else, but that wasn’t the case because I didn’t speak – my parents didn’t have much money so I didn’t have a lot of the things that other kids had. I remember my cousins, they had bicycles. Number 1, we didn’t have bicycles – nor did we have a place we could store the bicycles if we did want them, things like that made you feel that you were different”. Something such as a bike that may be deemed as unimportant to Americans today was viewed as a very important part of child culture to an immigrant child in the 60s, and was in fact enough so that he was excluded. He also did not have the same opportunities to bond with other kids that many native-born kids had. For instance, he could not partake in after school activities with his fellow students, as he had to go home immediately after the school day to take care of the apartment with his sister since both of his parents were working. He also cited Saturdays as the designated day where everyone would stay at home to clean and do domestic work.

Things did improve for him, however, as when asked how what he did in free time as he got older he stated, “Well yeah you always try to find free time of course – maybe not at the very beginning because I didn’t have many friends at the beginning, but later on yeah as time went on – like I said I came here when I was eight – I did cause I started blending more and more with other teens in the neighborhood, and started playing street games: stickball, I don’t know hand ball, things that you play in Brooklyn.” Unfortunately, this upswing in fortune for Dominick did not last, as once his family had saved up enough money, the moved back to Italy. This was typical of the time and Italian mentality, as many remained far more attached to their homeland than to the United States. Upon his return to Italy, he had to relearn Italian, which he had forgotten, and was put back once more in his education due to the differences in the Italian and American education systems. It was not until he received a job offer from his uncle in Queens that he returned and met his future wife.

Despite the numerous challenges, and long periods of hard times he went through, Dominick still had positive messages about his immigration to share. Firstly, when asked what advice he would give to someone in his shoes, coming to New York as a kid. He responded, “Don’t give up – you can’t quit at the first obstacle – things do get better – and you shouldn’t conform to what others are doing just because you want to fit in, because I could tell you for a fact that I saw kids as early as when I got there doing things like shoplifting from the stores nearby, doing drugs, or other activities that are not things that a young boy or early teenager should be doing – not because you want to fit in but because you know that the right thing and like I said – I wanted to improve so that’s what – I didn’t want to feel that feeling of being different or think that you’re not as important or not as – at the same level as everybody else”. This powerful response comes as an answer to living a neighborhood that was not always the safest, and the difficulty of staying clean and focused while everyone around him had given in to a more unsavory path. The neighborhood where he lived was relatively safe, however he stated that it was when he travelled to work at his first job in a supermarket that he faced these issues. He remembered seeing people doing drugs as well as doing sexual acts in the changing rooms and bathrooms. It was here that he saw he had to push forward and work hard, as he did not wish to end up in a similar situation to these people.

Finally, when asked to define his New York, he says, “Hm…I never really thought of that.

My New York is given the opportunity to the best that I can and to earn a living where my standard of living is comfortable and I have a future for me and my family”. Thus, he demonstrated that despite the extreme challenges, New York City has justly earned its reputation as a city where dreams can come true.

The elementary school where Dominick went to school in the 1920’s when it was built and in present day.