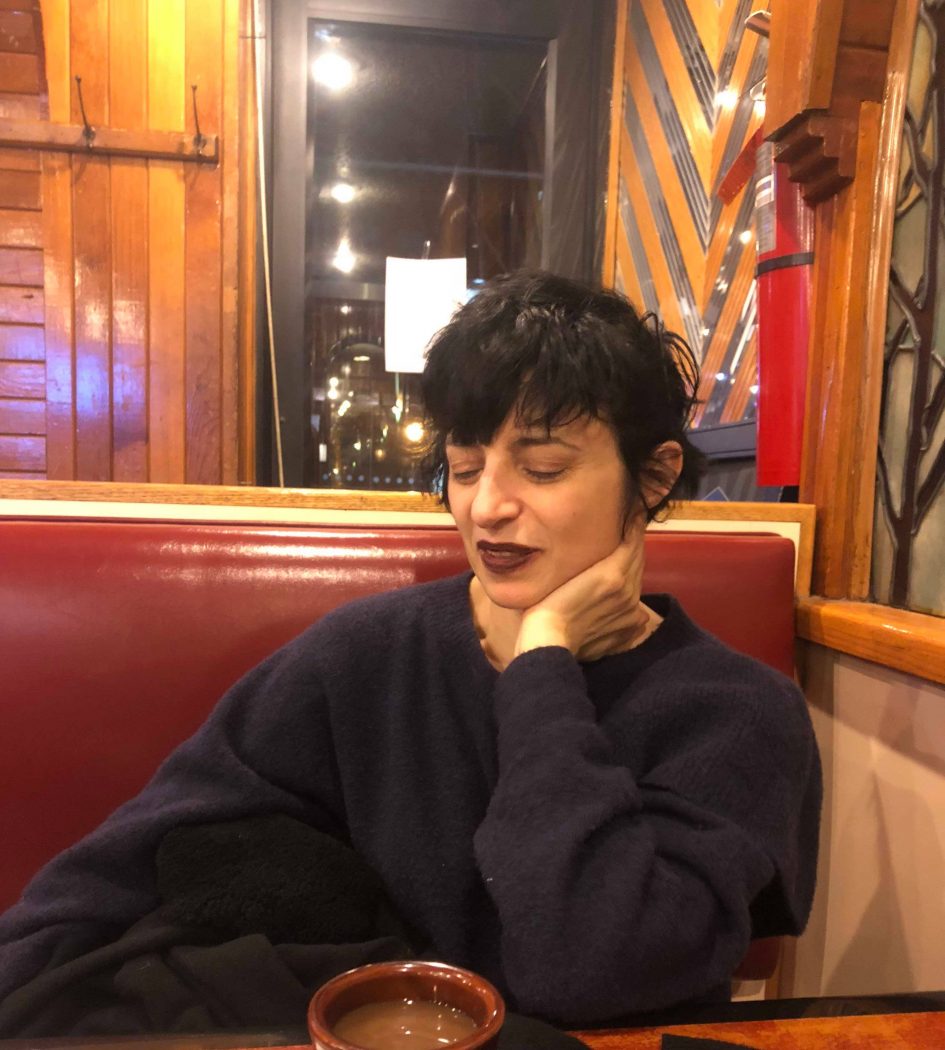 On a cold and blustery night, my friend and I found ourselves squeezed into a warmly lit diner booth listening to the stories of Katherine, an educator and pianist. There were silver dollar pancakes and greasy omelets lining the tables. Glossy memorabilia and old celebrity photographs adorned with signatures crowded the walls. The conservation was lively, the ambience charming, and like many diners evoked a feeling of familiarity inherent to – as sociologist Ray Oldenburg coins it – “third places” that serve as “homes away from home.” Utopia Diner, located on the Upper West Side, exemplifies the typical American diner, and like many struggling small businesses, it may not be open for long.

When Katherine first arrived in Manhattan in 1987, it was a less gentrified and wilder city; she recalled a cheap vintage store that “looked like a junk keep” and more local diners on the streets. As an undergraduate, she was enamored with exploring hole-in-the-wall art and vintage clothing stores that vanished when gentrification hit during her graduate school years.  Katherine liked “the random stuff, the weird stores and the hawkers.” She often frequented a hole-in-the-wall vintage store on 106th street called Touch of Crass, which sold cheap, “strange vintage things” and was owned by a Bohemian hippie woman whose child she and her friends would babysit. The image stands in stark contrast to an upscale pizzeria near her apartment, which charges nine dollars for a single slice of pizza.

Katherine laments that New York has become more homogenized and is catering more and more to affluence. “There used to be a lot of texture and color and weird old stuff. Slowly it’s all going away. There’s a diner near Broadway that was just there forever […]. I walked by there yesterday and they were ripping it apart. It was old and smelled gross but it was the reliable, horrible local diner.” Gentrification is driving out diners and other small businesses that imbued the city with individuality when she was in college. The conformity of her former home has crept into her new one, replacing the character and charm of mom-and-pop shops in favor of large corporate interests. Katherine described her years in Bloomfield Township with ambivalence. Located in Michigan, it was an affluent and predominantly Jewish enclave in the Midwest. When she was young, it presented an idyllic landscape—like “quaint tamed nature”—one that was still mostly farmland and in the process of becoming suburban; it was replete with dense woods and sprawling streams and a crayfish filled creek that flooded in the springtime. Katherine recalled this part of her childhood most fondly, chuckling over a failed business scheme that took her mother’s suggestion of a lemonade stand a few steps further and turned into a futile attempt to sell tadpoles as pets in her front yard.

The fondness for Katherine’s town faded with time, as tensions between her Greek immigrant family and her white and Jewish neighbors became more apparent and more alienating. The demographics of her hometown haven’t changed since; the population is 84.6% white, 6.5% black, and 7.1% Asian. In contrast to the velvet-like, pristine lawns on their street, their lawn was tattered and crowded with crabgrass and dandelions. Their neighbors’ trees were only there for show; her family’s trees were the only ones that grew fruit. They stuck out. Rather than hire workers to cultivate lawns that looked like carpeting, her father relied on himself; his handiwork was seen, day after day, in the weeding, the pruning and planting, and in a large twelve feet square sandbox he built for his children. “He [my father] was right up against this white, affluent household with sports cars, teenagers, a built-in swimming pool and a cabana. Immediately there was tension,” she recalled.

In many ways, Katherine’s father deviated from their wealthy neighbors who would rather keep the landscape pristine and the suburban culture untouched. She recalled feeling like a misfit. She attributed her “father’s Greekness” and “the anxieties of having a fresh immigrant parent” to her lack of knowledge about certain cues and codes and consequently her inability to fit into the superficiality of suburban culture. Looking back at her childhood, she remarked, “In second grade, I was told that the socks I was wearing were definitely not in style any longer. There was a lot of emphasis on how you looked, how you were supposed to be and act.”

Unable to stand a community incongruous with her values, Katherine graduated early from high school to attend Columbia University. Until then, she found some solace in literature, losing herself in books that shaped her expectations of the city: an “intense, intellectual city – the real thing – of artists, writers and poets.”  The fact that she struggled to find her community left her feeling lost and disillusioned. “I’d read all these books about young women moving into New York and had a certain set of expectations about what I would encounter. A lot of these books were written by the generation of second wave feminists who basically came here and became intellectual and had sex. Nobody had that level of intensity.” For centuries, New York has acted as a place of refuge for people who challenged conventions. At the time, it was books like Mary McCarthy’s The Group, whose gripping tales of sexual revolutions, societal subversions and female agency portrayed the city as a liberal bastion that welcomed deviance.

During Katherine’s first few weeks in the city, reality eroded her expectations. The prevalence of Economics majors was jarring to someone who never considered majoring in it. That many people did not celebrate the arts or care about literature was a testament to her being very much in her own head when she arrived, she later admitted. She said, “Who cares [about Economics]? Only art is important. Only literature is important. Why would anybody do this?” But many people cared about money, and many financiers and politicians pushed for projects and policies that hurt minorities, immigrants and the poor. Renewal policies in the 1980s became a systematic attempt to reshape the city into the one we see now. That’s why certain aspects of New York–its tourist sensibilities, its towering condominiums, restaurants and entertainment venues that cater to wealth–begin to resemble the sterile artificiality of the suburbia she disliked as a child. Once you get past the city’s novelty, everything starts to look the same. Sideview of Upper West Side brownstones

But Bloomfield Township being a liberal Jewish enclave made the transition to another liberal Jewish enclave, the Upper West Side, a little easier; her upbringing allowed her to assimilate into their community. She had moved to the area in 1987, around the time the 1980s saw an emergence of younger Jewish community after its decline in the late 1960s.

Katherine’s greatest difficulty was not adjusting to any culture shock, but not having any tangible plans about her career. She worried more about what she would major in, naively assuming that she would “become a genius and that it would take care of itself” after college. Though she admitted she did not plan her career well, she eventually pursued piano performance at the Manhattan School of Music. She now teaches at Great Neck Conservatory and performs as a concert pianist.

Until Katherine made money as a pianist in graduate school, she frequently worried about money. Katherine worked as a cashier at Westin Cafe, a bookkeeper at a local hospital and an usher at the MOMA. She described one of her restaurant jobs as a sexist free-for-all; its owner relentlessly hit on and had affairs with many of its waitresses. Despite its toxic workplace environment, it was one of the places where she found her community of bright and ambitious people whom she has remained friends since. Most were struggling actors and artists, and their diverse sexual identities gave her deep exposure to gay culture in the city. She reminisced, saying “It was fun […] because it was irreverent and silly in a good way. And that was also very different from Bloomfield Hills.”

The realization that the bustling diner that we were sitting in could vanish at any time was unsettling. In a New York Times article about the disappearance of diners, George Blecher attributes the vanishing of these diners to “urban renewal, astronomical rents, changing eating habits and the preponderance of no-refill coffee places like Starbucks.” Rising costs, a consequence of hypergentrification, are likely the reason why around half of New York diners have disappeared in the last few decades, he contests. Cozy diner in the Flatiron District

But to Katherine, it is being able to witness these realities and see what is real that is an advantage of living in New York. When asked about what New York is to her, Katherine paused for a few moments before saying: “The thing about Manhattan […] is that there’s always somebody who will get you. I’ve had the most amazing conversations with strangers that you can’t have in other places.” To her, the unparalleled value of the city is the ability to “walk out and find instant communion” with anyone.

Oldenburg, R. (1989). The Character of Third Places. In The Great Good Place. Retrieved from https://eportfolios.macaulay.cuny.edu/mhc150library/files/2016/01/Oldenburg-Third-Places.pdf