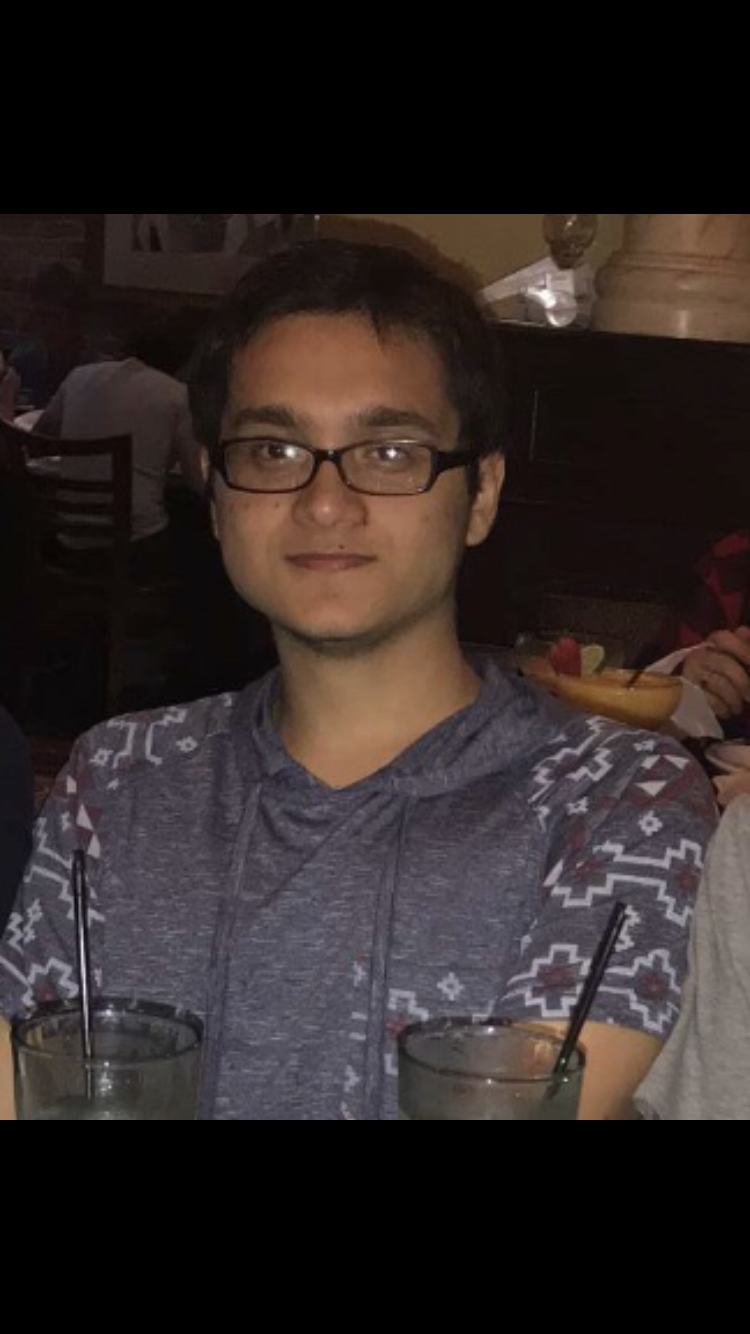 The alarm screeches and Ishtiaque Mahdi opens his eyes and looks at the clock, 6:00. It was just 3 hours ago that he finally allowed himself to sleep after studying all night for a calculus final. Pulling himself out of bed, he thinks of simpler times when he had just arrived in America. His parents moved the whole family over to America from Bangladesh in 2003 when he was just three years old. People always said “Detroit is a really bad city, but when I was there, it was pretty much fine. On my block, there were a lot of kids my age so I was able to go out and play with them and also there weren’t many cars passing by so it was like a cul-de-sac like in the show Ed, Edd n Eddy. It was a pretty good beginning to my childhood.” Mornings like these make Ishtiaque reminisce about the past when he could just fool around with friends and not have a care in the world. Now, he quickly consumes a bowl of cereal and runs out the door to catch his train.

As he runs out, he tries to give his brother some advice, but his brother just calls him dumb and goes back to sleep. Ishtiaque came to New York when he was 8 years old. Although he had been in America ever since he was a kid, there was still a lot to adapt to in New York. Ishtiaque said, “When I first came to New York City, I was really amazed because we crossed over this bridge into Manhattan and we saw big gigantic buildings and I was like, ‘Wow!’ Because in Detroit, the only big building we had was called the GM Tower. That was the biggest building and I used to watch fireworks from there on the Fourth of July. But, when I went to New York City, there were a lot of skyscrapers towering over you so I thought that was pretty amazing.”

Not only was there a change in scenery for Ishtiaque, the entire culture, school system, and his way of life changed. Lucky for him, he had cousins that had already assimilated and could offer him some tips. His older cousin, Shariar, told him what he needed to do in school and what was expected of him. Shariar also introduced Ishtiaque to rap music. Also, in Michigan, they didn’t really watch TV and use electronics. They mainly played outside and did a lot of physical activity. However, Ishtiaque recalled, “When I came to New York, there weren’t a lot of people to hang out with on my block so I was a little sad about that. In my block, there were no kids and you couldn’t get on your bike or you’d get hit by a car. There was no garden or swing either. There was just concrete in my backyard.” In Detroit, Ishtiaque knew everybody and had a close-knit group of friends, but in New York, everyone seemed to keep to themselves. In addition to the cultural and societal changes Ishtiaque experienced, his whole educational experience also changed. His cousin also helped him make the transition from Michigan State schooling to New York State schooling. Ishtiaque said, “Here, it is much stricter than in Detroit.” Despite these changes, Ishtiaque worked hard and never gave up, allowing him to succeed and get accepted into one of the best high schools in the country.

Jumping onto the subway car, Ishtiaque lets out a sigh of relief because the trains are usually so crowded that the passengers have to stand on top of each other just to get on. Today, there was even a seat for him to take a nap and get some much-needed rest. This was very different from his life in Detroit. “In Detroit, the only way to get around was by bike or by car. And here, you can use the train to get anywhere you want which is pretty cool.” However, as soon as the thought left his mind, the conductor announced that there was a train ahead of them and they would be moving shortly. After a good thirty minutes later, the train began moving again. Ishtiaque has a love-hate relationship with the MTA. He said, “The MTA is the best thing because you can go anywhere you want. The problem is that it will probably take you more than an hour to get where you want.” Delays like these are not uncommon in New York. It is rare to get to your destination without encountering some kind of delay.

As he walks to school, he sees the same homeless people lining his path and is reminded of how hard it was for his family to settle in New York and get a house. He came to New York in 2008 which was during the housing market crash. During this time, housing prices dropped drastically. On December 30, 2008, the Case-Shiller home price index reported the largest price drop in its history. This caused the prices of houses to become inflated and made banks stricter when handing out loans. Ishtiaque said, “We are still paying the mortgage off on it, but the fact that we have a house is pretty good.” He also discussed the difficulties his parents had in finding a job, but he also offered some advice for others: “The thing is you have to keep on trying because there is nothing else you can do.”

Walking into Stuyvesant, Ishtiaque is greeted by his classmates. When he first started high school, it was really random for him and he just met new people. The relationships were not too deep or meaningful. He really started to feel accepted once he joined the Robotics Club. Everyone shared his interest in engineering and science. This made it easier to relate to them and connect with them on a deeper level. Ishtiaque said, “This was one of the first communities I made outside of my family. I trusted them and they trusted me.” After trudging through every class, Ishtiaque meets up with his friends to hang out at his favorite place in the city: Battery Park. He described how “there’s water and there are basketball courts and grass fields. It is a place for everyone. The only bad thing is that it is pretty crowded. Overall, it is a pretty nice place.” After stressful days like this one, Ishtiaque likes to wind down and just relax, feeling the breeze run through his face. He reflects on his life up to this point and is satisfied with everything that has happened so far. If he had the option of moving to New York, he would’ve done it all again.

The move to New York was easier for Ishtiaque due to the fact that his father was a citizen at the time or at least had a green card. Although the physical process of moving to New York was easier for him, there were still a lot of changes in his life he had to get used to. Despite the addition of new struggles to his life, he doesn’t regret anything. In other places, feeling like an outsider or distinctly like an immigrant would be a major issue; however, in New York, that is not the case. Ishtiaque explained, “New York is really good in the fact that you don’t really notice because there are so many people that are different and you don’t really feel like you stand out or feel excluded.” All of these different cultures and races that make up New York allow it to be open and accepting of all people regardless of any differences.

Upon arriving in New York, Ishtiaque said, “Originally, I was amazed by all the people that I met and the amazing things I saw. I felt like I couldn’t be one of those people that were part of New York, but the fact is that anyone can be that person who can create one of those big towers or be really successful.” New York is his home and he wouldn’t give it up for anything. When asked what the best and worst things about living in New York are, he replied, “The best thing and worst thing about New York is the MTA. This is the best thing because you can go anywhere you want. The problem is that it will probably take you more than an hour to get where you want. Another good thing is that we have a lot of beautiful parks like Central Park and Battery Park. We have a lot of opportunities. People say that there is a lot of competition but just because there are a lot of people doesn’t mean that there aren’t a lot of diverse opportunities.”  After working hard, he was able to adapt to his new life and is looking forward to his future. He wants to be an aerospace engineer or a mechanical engineer. His advice to prospective immigrants is as follows: “As long as you are willing to put in the effort, anything is possible in New York.”