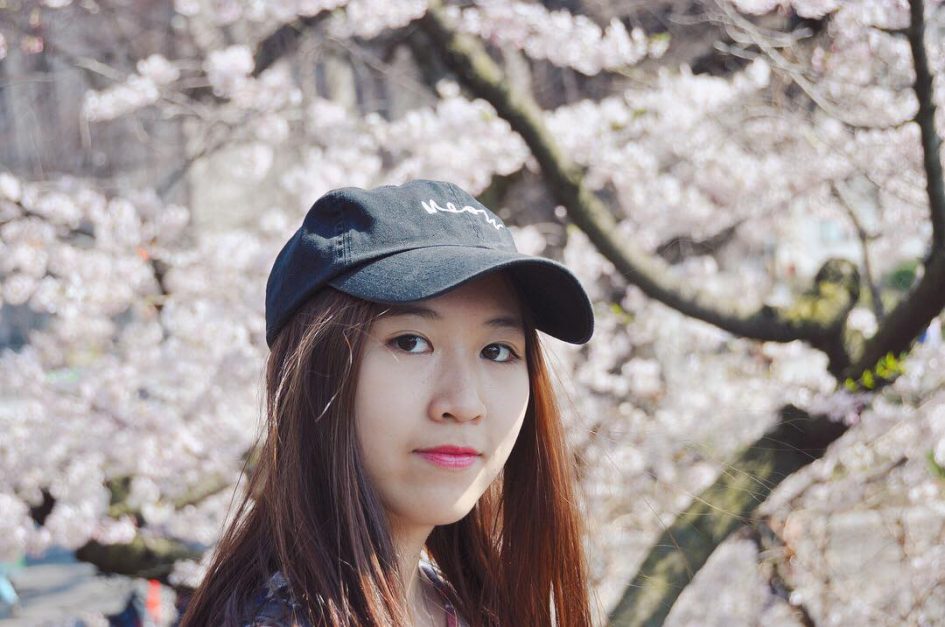 New York, NY —  It is 3:35pm. The bell rings and students rush out of 615A, home to Ms. Fletcher’s 10th period freshman composition class. While some head up to the 9th floor to grab their jackets from their lockers, others like Jiahe rush to attend scheduled club meetings. Today was the day members of the Classic Film Club had agreed to meet and watch the film, Casablanca. Jiahe, a freshman who was fond of the arts was excited to meet new upperclassmen while enjoying her all-time favorite film.

Jiahe, 14, was born in China and moved to Nigeria, where her father was a diplomat, when she was 5. She lived in the capital city of Abuja, one of the wealthiest cities in Africa. It was a planned city that developed during the 1980s and now has a population of over 2.4 million. Nigeria is often portrayed negatively in the media; news articles are usually about Boko Haram, a Nigerian militant Islamic group, fighting to overthrow the government to create an Islamic state. Many picture Nigeria and other African countries as poor, underdeveloped areas where people live in mud houses on less than $1.25 a day.

“As exotic as it sounds, Nigeria isn’t actually such a horrible place as it is described in the media. It is modern, but with its own traditions and culture”

She describes the plazas and cinemas located downtown, fast food restaurants on almost every block and stores that seemed to sell everything in the world to the preteen’s eyes.

Jiahe attended kindergarten and elementary school at the Regent Primary School in Abuja. The school is an international school that has a curriculum that models the National Curriculum of England. There, Jiahe learned the usual subjects such as math and science as well as Nigerian native languages including Yoruba and Igbo. These languages are particularly interesting in that words with the same spelling can have different meanings, depending on the tone. For example, “owo” in Yoruba can defined as money, honour, hand or broom and “akwa” in Igbo may mean bed, egg, cloth or burial rights. Jiahe still remembers her English teacher, Ms. Babalola who helped her when she struggled with English and can feel her warmth to this day.

In Jiahe’s free time in Abuja, she loved to go outside and explore nature, observing the banana trees with wide flat leaves and lizards with yellow and black spots in her garden. The outdoors was always exciting and fresh to the young girl, with so much to discover.

In 2014, Jiahe moved to Los Angeles, California where she lived in Koreatown. It was not hard to adjust because she already knew English, the official language of Nigeria, and had lived in a big city in the past. She went to a public school where most of her classmates were Hispanic or Korean and she was one of the only Chinese students. Los Angeles was a lot more laid back than New York. Compared to her current high school, a school notorious for its difficult tests and piles of homework, her middle school in LA was less stressful and she had more time to hang out with her friends on the weekends. However, it was pretty difficult to get around without her parents because it was impossible to go anywhere without a car in California. In August 2017, Jiahe’s father got a job offer in New York City, and her family moved to Times Square in Midtown Manhattan. She doesn’t see Times Square as a neighborhood since it is a tourist-y area and lacks a sense of community. “We rarely talk to our neighbors and we just carry on with our lives, ” she explains.

An area hated by many New Yorkers due to the panhandling Elmos and crowds of tourists, Times Square is best known for its entertainment and Broadway shows. The district has had a long association with theater, something Jiahe has always been fond of. During World War I, most theaters moved to Times Square from entertainment districts in downtown Manhattan and today, the area is home to tons of Broadway and off-Broadway productions. Jiahe expresses her love for the arts as a writer for the Arts and Entertainment section of the school newspaper, The Spectator. She also enjoys reading and drawing in her freetime, as well as making short films and watching old movies. It was not her first time in New York City when she moved here. She had been here in the past on vacation and fell in love with the art museums and the dazzling view. However, she is a huge neat freak and hated the dirty streets and chaos, thinking to herself that she would never want to live here. When she visited Chinatown for the first time, she was disgusted by the smell of fish markets and grease and how sketchy it was at night.

When she first moved here in August, she was very pessimistic and spent her first month here studying for the SHSAT exam and watching movies during her study breaks. The Specialized High School Admissions Test (SHSAT) is for students in grades 8 or 9 who wish to attend New York City’s nine elite high schools which includes the school Jiahe attends currently, Stuyvesant High School. Jiahe’s transition to life in New York City would not be the same without her friends. She is thankful for her friends for taking her to new places in NYC, not judging her when she didn’t know how to refill a metrocard or for saying boba instead of bubble tea and not screaming at her for always being late because she took the wrong train or got lost in the supposedly easy-to-navigate grid system.

She feels that Nigeria is very different from New York City. The vibe in Nigeria was a lot more relaxing but it lacks the cultural diversity present here. Because she went to a private international school where most of her classmates were upper-middle class, she did not meet people of a wide range of socioeconomic and cultural backgrounds as she does in her public high school here in New York.

Before she moved to New York, she never truly felt like she was a part of a community. She preferred to do things on her own and was horrible at teamwork. However, after moving into the city, Jiahe has found her community at Stuyvesant High School. School is now a big part of her life. It was at Stuy where she met her best friend, Kevin. Her mental health has gotten worse since high school started and she is thankful that he is always there to tag her in memes and remind her that she is needed and appreciated by many.

After eight months of living here, Jiahe has learned to love the city and the endless excitement it offers. The city has a wide range of attractions including museums, art galleries, beautiful parks and more.

“There is always so much to see and so much to experience. I constantly experience an overload of information.”

Jiahe rarely travels outside of Manhattan but her favorite places in the city are the Strand bookstore and the Museum of Modern Art. To Jiahe, the worst thing about New York is its public transportation. She is still not fond of the MTA and gets lost frequently using the subway. “God, I hate it [the MTA] with a burning passion,” she says.

Jiahe has not yet decided whether she will move out of New York for college or in the future but she knows she can’t stand small towns. “They’re just so freaky. They remind me of Agatha Christie’s small town murder mysteries.”

To many, New York City is a city of opportunities but to Jiahe, New York is a place of rich culture.

”There are so many indie stores, small theaters, museums, galleries, and not to mention BROADWAY!”

OHara, Rosa. “The Highs and Lows of Living in the Theater District.” Am New York, Am New York, 3 Nov. 2016, www.amny.com/real-estate/city-living/manhattan/theater-district-with-times-square-at-its-center-residents-adapt-to-living-among-tourists-1.12552311.