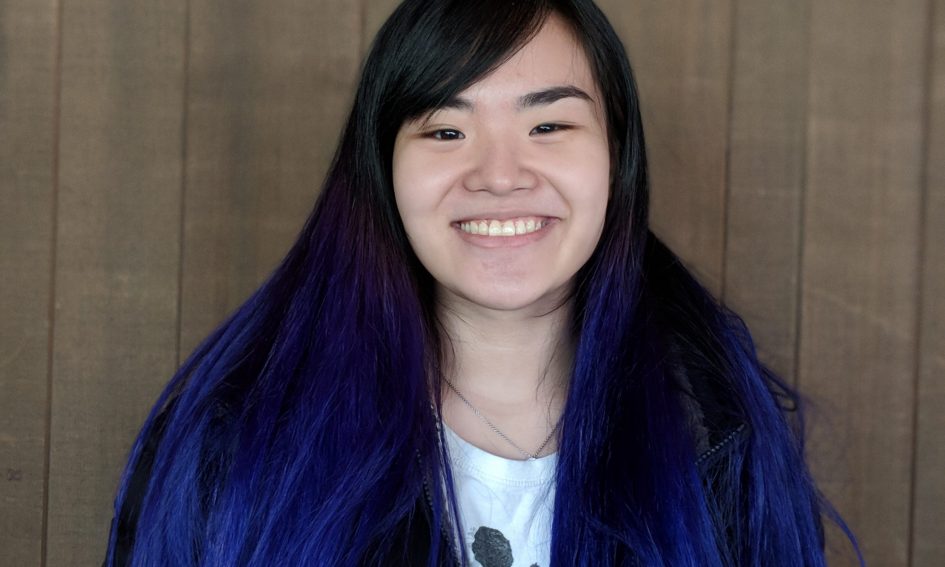 For many immigrants, the promise of opportunity is one of the greatest motives for coming to America, and for some immigrants, they were dragged along in this quest for success as children, which was the case for Liezl, a Filipino immigrant currently living in Ridgewood, Queens. Liezl came to America about 12 years ago, after living in the Philippines for seven. For her, the immigration process was “kinda like one day, all of [her] bags were packed [and she] was in a van to the airport.” There was no talk leading up to the move, no questioning of preference. Her parents had decided that America, and more specifically New York City, would be a better choice for their family, both close and extended, and brought their kids along.

Her father had left first, being the one with the work visa, leaving the rest of the family behind. This was obviously difficult for her family. She remembers “having [her] 7th birthday party, where [her] dad wasn’t there,” and singing the hymn, “Our Father,” in church and her mother crying. So, when the call came for them to join him in the states, the journey wasn’t such a difficult transition as they were finally going to be reunited.

They traveled here by plane, but being a poor, motion-sick child, the moment she got off the plane, she threw up, an unfortunate but true first memory. Luckily, this is not the most memorable thing about her first day in New York. That honor belongs to the climate of New York. Coming from a tropical country, she had never seen snow before, but the day she arrived, it was snowing to her great wonder.

Her first couple of years were rather complicated, as her “dad’s living situation was not ideal to have an entire family, because he lived with coworkers at the time […] to save some money.” As “it would just be very difficult to have multiple families to live in a decently small apartment,” they moved to California to join their only other America-settled family for six months, but they had to leave behind their dad once more while he saved for their own apartment.

While in California, she lived in “a very suburban neighborhood, which was very different from the apartment [she] lived in for a few weeks in New York, and also very different from the rural ‘farmland’ in the Philippines. [They] had a very big backyard.” She can still recall episodes of mornings when she’d wake up really early just to catch a glimpse of hares, that inexplicably would line up and hop across the backyard together. She began school in California and had made a few friends, beginning her “life,” so to speak, but had to leave after only six short months.

When she returned to New York, her father had managed to secure an apartment for them. Her “first apartment was very, very bad. It was decently spacious, but it was kinda gross.” She can recall all sorts of pests, and even now, she has a vivid memory of “getting ready to go to school in 2nd grade, and [as she] was putting on [her] shoe, [feeling] something in the shoe and [pulling] it out, and it was a rat, [so she] freaked out.” Over the years, of course, her family has been able to save more to move into better and better apartments, which are no longer as infested, and perhaps, this is proof of American success or the possibility of upward mobility.

Still, while things have improved over the years, life has never been all fun and games.

As many can imagine, racism was one of the biggest challenges Liezl faced in her time in New York City. “[T]rying to fit in and understand how things worked and how people interacted with each other [was difficult]. In the Philippines, for some reason, everyone’s families are friends, so the friends you made, your families already knew each other. […] So, everyone basically knew each other.” The “US [is] very different; it’s not how things work at all.” For her “it was weird trying to make friends with […] people because [her] family didn’t know who they were, so [she] had no idea who these people were at all.” Still, the racial barrier didn’t hinder her then, as she was still in 2nd grade. However, come 3rd grade, the racial barrier made itself known. In her words, “people started making fun of anyone who looked vaguely Chinese.” For her, the “ching-chonging,” was annoying on many levels, to put it lightly. “The first level is just anyone saying “Hey ching-chong.” The second level is [she’s] not even Chinese.” There were even people denying her ethnicity, telling her she wasn’t Filipino. True, this was “more [in] middle school than elementary school, [and in] elementary school, they weren’t as bad, but even then, [she just] felt more at home with [her] classmates who were Asian. Even though they were Chinese, and [she] wasn’t, it just felt like [they] had more stuff in common, so it got to the point where [her] closest friends in elementary school and middle school were all Asian, and when [she] was around people who weren’t Asian, [she] felt kind of weird.” In a sense, she says, she imposed self-isolation to make herself feel more comfortable. This has changed over time, as similar interests became a higher priority over race or ethnicity in finding friends, but also as society stigmatizes racism more and more and cities get more and more diverse, which is gradually lessening outward expressions of racism. Still, in not so diverse areas, such as her own neighborhood, described as being “primarily Mexican/Hispanic and White,” she has “faced people, especially middle schoolers, even now, being stupid, and just being racist.”

Other than racism, there was the difficulty of being far from family. For her, “the most prominent part of the Philippines was having family,” and her earliest memories “consist of hanging out with cousins […] and also spending a lot of time with [her] grandma.” It is clear from speaking with her that family is deeply important to her, and it is clear that she puts a lot of value in being close to them. In addition to that, being far from family also means less physical/social support from family. That was provided instead by family friends, as in “close friends that [her] dad made while [they] were here,” who took them into their home in the very beginning, as well as, helped with “making social connections and explaining how things work.” Family did manage to help out a little financially though.

What wasn’t a challenge, however, unlike for many other immigrants, was English. While she did have an accent, which marked her as an outsider during her beginning years, like most other Filipinos, she learned English in the Philippines to fluency. What is most interesting though, is the reasoning behind this. For, “when [she] was very young, when [she] first started speaking, [she] only spoke Tagalog, [but] the thing is, in the Philippines, especially if you’re a girl, only speaking Tagalog makes you seem lower-class, and […] you have to be perceived at least as being somewhat high class. The ideal is that you have to seem American.” Due to these expectations in the Philippines, when her parents noticed that she only spoke Tagalog, they fixed that “problem” immediately, so the language transition was no problem.

Finally, having lived here longer than she lived in the Philippines, it is impossible to deny that she is well and truly a New Yorker. She loves and hates this city for various reasons. Her favorite parts? Food and the sheer amount of things you can do in the city. After living here for so long, that has become an expectation and requirement for whatever place she visits. It’s gotten to the point that if she goes “to places where there isn’t a lot to do, [she gets] very antsy.” But her least favorite parts? “Trains. MTA cannot do it right.” As well as “the random smells around the city that range anywhere from just straight up garbage [to] a lot of weed.” Still, her primary feeling towards New York is positive. “It’s just always booming with life. No matter where you go, there’s always something to do. There are always people who are doing things. Are they always good things? Not necessarily, but there are people doing things. There’s just so much life. It’s very hard to find places where nothing is happening.”

With that assertion of her full assimilation, I’d like to leave you with her advice for anyone who may be immigrating/has just immigrated to America. She says: “Be yourself. Assimilation, in my opinion, is kind of important. You won’t really feel comfortable unless you try to be open to the culture that is here. You will never feel at home unless you do that. But at the same time, you don’t need to push away parts of yourself that you feel might not fit in, because eventually, you will meet someone, you will meet a lot of people who will accept the strange things– well the things that you might think is strange here. They’ll see it as like, funny little quirks. People will find that funny, but they won’t, there will be people that won’t make fun of you for it. So you don’t need to feel embarrassed if you don’t understand certain things, and kids are cruel people, honestly, so if at a young age, you were bullied for your accent or just being different, the way you say things, just know that kids are idiots. Kids are very mean, and they grow out of it. They’re only doing it because it makes other people laugh when you cry. But they grow out of it because, at some point, they grow a conscience. The advice is, you will find your circle. Don’t ever worry about it. If you don’t find it immediately, if you don’t find it in 2nd grade, you will find it in middle school, high school, college. At some point, you will find it.” Good luck.