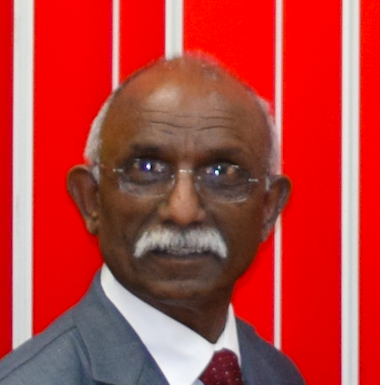 It is a bright Monday morning and Mark stands in front of his large 3-story home in the Bronx. He pulls at a cigarette, a habit he picked up to “deal with the stresses of America.” He waves hello to various neighbors as they stroll by, busy with the toils of everyday life.

Mark, a Guyanese immigrant, left his family and traveled to the United States by himself in 1985. Life was very typical for Mark back in Guyana. He was part of a very agriculture-oriented family, and thus spent the majority of his life dealing with crops and animals. He recounts spending his youth running across the broad fields and expansive riversides of Guyana. As Mark grew older, he began to become bored of the monotonous life of agriculture. He had grown tired of waking up at the crack of dawn to tend to the fields and animals. This was one of the things that sparked his decision to move to America at the age of thirty.

Mark’s decision was also largely influenced by his brother who had also recently moved to the United States. His brother would often send letters and calls back home, telling him stories of how different and exciting the US was. Inspired by his brother, Mark also obtained a Visa and traveled to New York, where his brother was living.

First arriving to America, Mark was surprised by what he encountered, stating that it “did not live up to his expectations.” The first thing he noticed was the weather. The day he arrived was a very gloomy, downcast day, which only added to the sadness he had been feeling from leaving his family behind. Another thing he noted was the people. He noticed that many of the people he encountered in his first few days were not as friendly as expected. Many of the people continued on in their own bubbles with little regard for the people around them, which was very different from the culture back in Guyana.

Another thing Mark noted was the way he was treated in his neighborhood. Living in an area of the Bronx that was nearly 87% African American and Latino at the time, Mark felt out of place at times. He felt that the African Americans and Latinos had a connection with their respective groups that he could never experience, simply because he was not the same race as them. He describes feeling like he was “looked at differently” by the members of his community and not as readily accepted because of his race.

Although Mark’s initial reaction to America was of dismay, he luckily had the support of his brother to change this opinion. Mark spent his first few years in America living with his brother in the Bronx. Because of how supportive his brother was, Mark did not have a hard time at all settling into life in America. His typical meal usually consisted of Guyanese food, which was diligently cooked by his brother’s wife. His brother also introduced him to some American foods, such as pasta and pizza. In addition to this, his brother also made him familiar with the clothing styles and culture of America, explaining things such as movies, music, and behaviors.

In terms of sustaining himself, Mark was able to easily find a job with a construction company through the aid of his brother. Although it was hard work, Mark was extremely grateful for his job with the construction company. He was finally able to earn a decent wage and save up enough money to one day stop relying on the help of his brother. The construction company did private work for many people in the local neighborhood. In addition to Mark, many other immigrants were also employed under this same company. Although the pay was fair, the workers were not offered many benefits in terms of healthcare or sick days. They were often expected to work as long as requested and were often put in unsafe conditions.

Through connections made from the construction company, Mark eventually found a private plumber who was willing to take Mark under his wing. He taught Mark all there was to know about the plumbing business and offered almost double what the construction company had been paying him. This job was one of the first steps in allowing Mark to finally get on his feet and live up to the expectations he had made of America.

Within a few years of working with the plumber, Mark had finally saved enough to pay for the down payment on a home in the same neighborhood as his brother. Mark was lucky enough to catch the homes when prices were at an all-time low, paying only $200,000 for a home that is now worth over $600,000. He had also saved up enough to pay for a small car which he would use often for plumbing jobs. Mark stated buying the car was one of the happiest moments of his life, describing how he finally “felt like [he] had made it in America.” Image of street where Mark bought his home

Although things were going great for Mark up until that point, there were times where life took unexpected turns for him. One particular event he describes is the dreadful day his car got stolen. He recalls parking his car across the street from his home after one long day of work. He would often stay up late talking to family on the phone of watching television. As he sits watching television, he recalls hearing a loud shattering sound out his window. Considering how tired he had been, he decides not to inspect the sound and continue watching television. Soon after, he hears a car engine rev up, and notices the familiarity of the sound. He quickly hops out of his seat and sees the lights on in his old Honda. He rushes down the stairs but by the time he is there, the culprit is already gone. He sits there in shock for a few moments, unsure of what to do next. After a few minutes of stressful thinking and contemplation, Mark finally remembers to call 911.

Unfortunately, the police were never able to find his car after this. They assume whoever stole his car has taken it to a chop shop, a place where stolen cars are harvested for their parts. Although the loss of the car was devastating, Mark was far more devastated by the loss of the plumbing equipment he stored in his car. Mark had branched off into doing his own plumbing work at this point. Although he did not have an official company, he made a decent living doing work by word of mouth. However, without his equipment, Mark was no longer able to work and provide for himself.

Luckily, Mark was again able to rely on his brother for some help. His brother generously loaned him enough money to get back into the plumbing business, and Mark was eventually able to purchase himself a car again, this time being extra careful about being watchful of his car and equipment.

Aside from this event, Mark has had a generally positive outlook of his neighborhood. He knows almost everyone on his block by name. He often spends hours drinking and talking with some of his neighbor friends. In addition to this, he often does small construction projects for his neighbors using the skills he remembers from his days at the construction company. Overall, Mark has been very grateful for what America has provided for him. He described being scared at first, not knowing if he would be able to survive and be successful. He feared he would end up living with his brother forever, working dead-end jobs and not enjoying his life. However, he believes he has made a decent life for himself. He has his own home and car and is no longer stressed about money issues. Mark is also grateful for his solid connection with his community. He is always willing to help his neighbors and knows that they would be willing to help him if he were ever in need. He is grateful that his kids will be able to get an education and strive for high goals in life in America, rather than continuing life on a farm like in Guyana. He is also extremely grateful for the vast culture present in America and all the amazing people he has met along the way. He describes his America to be the wonderful people that make life in America amazing and worth living, stating that moving to America was one of the best decisions he has made in his life.