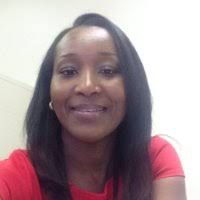 New York was not meant to be permanent. Back home, life in Africa was simple and beautiful: it consisted of cattle farming, safe streets, and fascinating wildlife. So when Pimbii decided to move to New York City at the age of nineteen all by herself, she had no intention of staying there indefinitely.

Pimbii was born in New York while her parents were attending Long Island University. Her parents had received student scholarships from the United Nations and were able to earn a degree at a low cost. This was during the Apartheid Era and Namibia was colonized by South Africa, which held on to Namibia from 1966 to 1990 due to its high abundance of minerals such as uranium, vanadium, lithium and tungsten. The colonization of Namibia was not only a way to acquire valuable resources, but also a tactic to prevent the Guerilla war in Angola from reaching South Africa. This time period was difficult for the Namibian people, as they were in the hands of another country’s government and apartheid was occurring. Pimbii explains, “the United Nations stepped in and was willing to take people out of the country, you know, because of the apartheid. So fortunately for my parents and my grandparents, they got student scholarships and they were able to come to the USA.” After graduation, and the slow ending of the Apartheid Era, Pimbii’s parents moved their family back to Namibia.

Childhood in Namibia was beautiful: Pimbii went to a good school, grew up in a lovely neighborhood, and had a supportive family. Pimbii is the oldest grandchild, who is traditionally raised by the paternal grandparents. They were kind, compassionate people who who were supportive of her education. Pimbii explains, “when you think of the average child, perhaps not just in Namibia but in the continent as a whole, I feel I was advantaged.”  Surrounded by people who cared about her, Pimbii had a good life in Namibia. Although life in Namibia was easy for Pimbii, it was expensive for her grandparents. Although Namibia had always been economically stable, it was, and still is, an expensive place to live. Pimbii explains that when she first moved to New York at 19, she had a job at Macy’s and was still able to make rent. She continues, “It was tough [in New York] I’m not saying it was easy, but somebody in Namibia with a retail job could not even afford to have a place to call home. You know, I was able to buy a car and somebody in Namibia with a retail job would not be able to get a car.” Namibia has over 33% unemployment and is ranked one of the most expensive cities in the world. Namibia’s economy is dominated by cattle farming, and in order to send Pimbii to America, her family had to sell four of their cows, each worth roughly $1,200 USD. Pimbii explains that her family sacrificed so much for her to have a better education in America, so the thought of giving up in New York and returning to Namibia during rough times was not an option. She had to prove to them that she was able to work hard, get her own apartment and car, and graduate college all on her own. Nineteen year old Pimbii thought she had it all figured out: after seeing one picture of Times Square, she became eager to move away from her parents, be on her own, and make a life for herself. As the oldest child, she had a drive to do better and prove to her parents that she could “make it” in New York. In New York, Pimbii worked extremely hard, but success did not come easily. When she first arrived, she settled in Westchester County and moved in with her cousin in White Plains. Because she was born in America, she was already a citizen and her immigration process from Namibia was very easy. New York was exciting, and Pimbii was ready to embrace it.

The hot summer air, greenery of Central Park, and Times Square at night drew Pimbii in to the fast culture of New York. To Pimbii, it was “love at first sight: glitter and gold.” All the activity of the city fascinated her, and her first summer was thrilling. Pimbii and her cousin took boat rides in Central Park, went to the top of the Empire State Building, and did many other touristy activities that attracted Pimbii to the city. But as she explains, “once all that settled and I needed to get a job and needed to pay bills and needed to go to school and try to juggle, you know, work and school, for sure it was tough. It was tough but it worked out.”  Reality set in and Pimbii began to feel the isolation of New York.

After much time in New York, Pimbii began to notice the significant cultural differences between American life and Namibian life. She noticed an enormous difference between American food and Namibian food. Namibia is known for cattle farming, and everyone eats meat often. But this beef is not the same as the beef in an American hamburger, instead it is tender and soft, with rich spices. Namibians also eat everything on the cow; so when Pimbii had to prepare food for herself, she didn’t know what to eat or where to find it. Pimbii also found the most striking of these cultural differences to be dress code. As a member of the Herero culture in Namibia, Pimbii and the women of her family were to  wear long, brightly-colored ball gown looking dresses. Women of the Herero Culture

Whereas in America, women could dress however they pleased. In addition, women in America could act however they pleased, as compared to Namibia, where women of Pimbii’s culture were supposed to carry themselves in a calm, reserved manner. Expecting to find comfort in the African American community, Pimbii began to feel more like an outlier. But she couldn’t call her parents back home and cry; after all they had done for her, she could never complain about the hardships of living in New York.

These hardships only intensified when Pimbii become more independent in New York. When she first lived with her cousin in White Plains, life was not too difficult. The town of White Plains, in Westchester County, was a friendly and safe neighborhood. She had her job at Macy’s in the Galleria Mall and took classes at Westchester Community College. She did not need to contribute to the cost of food or rent, and was taken care of by her cousin. After saving up enough money, Pimbii decided to move to New Rochelle on her own. Earing merely $700 a month, she could barely make her $600 rent. Pimbii said that the three years she lived in New Roc City were the hardest years of her life. She explains, “I needed to eat, I needed to commute, I needed to pay rent. And so many times I was just stuck, trying to figure out how am I going to make it the next day. But part of me was so determined not to go back home because I wanted to prove to my parents that I could do it on my own.” This determination is what drove Pimbii to pursue her goal of an undergraduate degree and continue to look for her belonging in New York.

Although Pimbii believes she never really found a sense of community in America, she has still found a place for herself in New York. With time, she eventually met her husband and moved to New Jersey with him. After working her way up from retail to social work, Pimbii finally acquired a job in New York City and now works for UNICEF, which has always been her childhood dream job. Her favorite place in the city is Central park, which she describes as “green” and “serene.” Central Park was her place to escape the stressful, high paced energy of the city, as it is for most people: “it was sort of like my get away when I was overwhelmed. I’d take a book and I’d just go to Central Park and sometimes just bawl my eyes out and ask myself ‘why did I get on that plane? Why didn’t I listen to my parents?’” In Central Park, she would reflect on her decisions, sometimes with regret, but often acknowledging her blessings. To Pimbii, her New York is “beautiful.” She explains, “As the saying goes, if you’ve made it in New York, you can make it anywhere in the world. I know you can throw me anywhere in the world and I know I’d survive. My New York is truly a learning experience. Once you’re able to a navigate New York, you’ll fall in love with New York. The first years are really rocky, it’s really hard. But New York is a beautiful place.” Pimbii loves the city, and even though she has a husband, two daughters, and a home, she still plans to move back to Namibia. I am convinced that Pimbii has truly fallen in love with living here. Namibia would always have her heart, but New York holds her dreams.