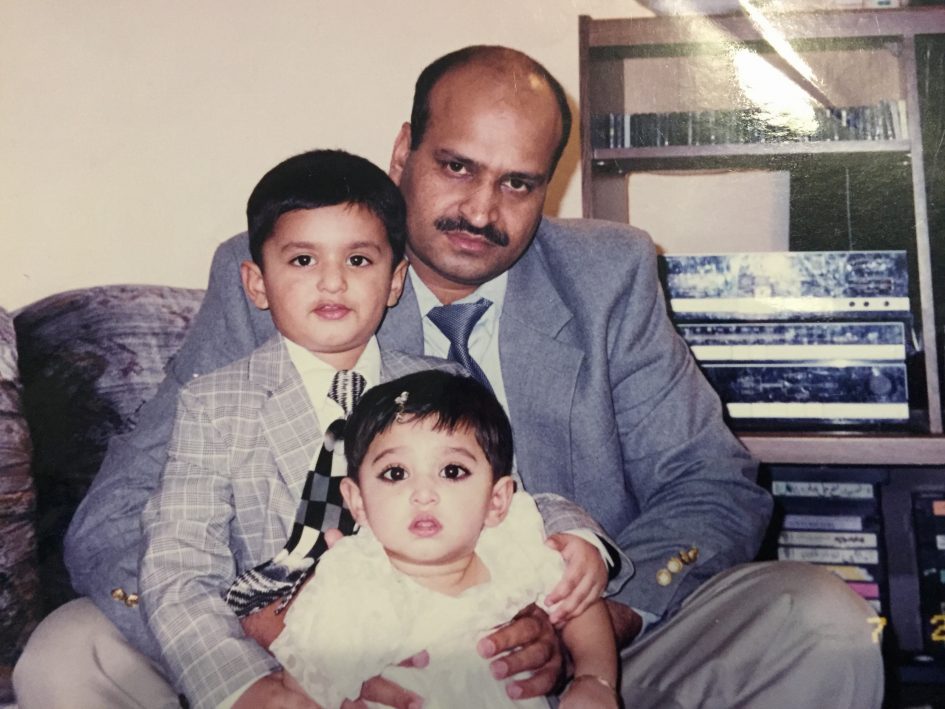 Quadeer sat down with a laugh as he grabbed his steaming chai, a traditional Pakistani tea, and took a long sip. He was a tall middle-aged man that spoke with a heavy accent. He chuckled as he reminisced about his childhood in Pakistan. He told of a time when he was being chased by his father and decided to jump into the dirty pond water after realizing that his father was on his tail. “I jumped because I knew he wouldn’t come after me into the water” he said proudly with a huge smile. These memories are what comforted Quadeer after a long lonely day when he first came to the country.

Quadeer moved to the United States in 1984 at the age of eighteen, leaving behind his father and eight siblings. At the time, he was one of only 30,000 Pakistani immigrants that resided in the United States. Before 1965, the Immigration and Naturalization Service has record of only 2,500 Pakistani immigrants. This changed with the 1965 Immigration and Nationality Act, enacted by President Lyndon B. Johnson. This act, also known as the Hart–Celler Act, abolished the quota system for immigration based on place of origin. The previous quota system heavily favored Northern European immigrants but with its abolishment, large numbers of immigrants from Asia, Latin America, and Africa poured into the United States.

Like many immigrants, Quadeer chose to come to the United States, but specifically New York, because he had family already here. His older brother had moved here and was able to settle down in the past year. Having someone familiar with you made it much easier to go somewhere completely strange and new.

Quadeer’s main reason for moving to a completely new place: to find work. In Pakistan, even though the family owned land, it wasn’t enough to feed and provide for eight siblings. So, Quadeer dropped out of school and began helping his father around the house and farm. But being a curious teenager, he was eager to explore and do something new and so he decided to go to New York to better provide for his family.

However, getting here was not easy. In what seems like a plot of an epic spy movie, Quadeer, along with a cousin, sneaked through four countries (Turkey, Germany, France, Mexico) in order to get to the United States. The dangerous journey took more than a month and involved a narrow escape from German police. Quadeer arrived in Mexico and “unofficially” crossed the border and made his way to Los Angeles. Finally, he caught a flight to New York. “This very long flight I think – about 6 hours I think. That day I say how very big USA” Quadeer reminisced.

Quadeer’s first apartment was in Midwood Brooklyn. He shared the one bedroom and one bath apartment with ten other men, all fellow Pakistani immigrants. “At night we have to be careful so we don’t step on someone sleeping on floor” Quadeer said. Most of the men were unemployed and had difficulty keeping a job because of the language barrier. They all shared responsibilities of chores and housekeeping. At first this was difficult for Quadeer since at home in Pakistan, his sisters would do most of the housework. He had to learn to cook, clean and do laundry by himself, even after a full day at work. “I cook very delicious and I learn quickly” Quadeer said proudly.

At first glance, New York City was a completely different experience and strange place for Quadeer. He was so surprised at how clean everything was and how big the city was. Even the crammed buildings with roaches seemed cleaner than Pakistan to Quadeer. The diversity of New York City amazed him. It was the first time in his life that he had seen people that looked different from him, such as African Americans, East Asians and Latinos. “I didn’t know that this many types of people existed in the world” Quadeer exclaimed.

New York City had a completely different culture, people, food and standard of living. At first, this overwhelmed Quadeer, but he soon began to settle into the community. There were very few Pakistani Americans in the neighborhood when he first got there. The block was mostly comprised of Chinese immigrants, African Americans and a huge Jewish population. “I can’t find any community people here. Nobody’s here” said Quadeer. It was difficult finding halal food or even spices that were required for traditional Pakistani cuisine. For the first year, he survived off of pizza and veggies. Luckily, after a year, a Pakistani grocery store opened up a few miles away from his home. Over the next couple of decades, Quadeer saw his neighborhood changing. The number of immigrants increased dramatically and now his block is mostly comprised of Chinese and Pakistani immigrants. Today, more than 273,000 first generation Pakistani-Americans reside in the United States.

However, the greatest difficulty that Quadeer faced when he first moved to New York was the language barrier. He didn’t even leave the house for the first few days because he was scared of getting lost alone and not being able to communicate with anyone. He had also seen how this obstacle prevented some of his roommates from keeping a steady job and became discouraged. Fortunately, his brother was able to get him a job at the car wash where he was a manager.

Quadeer worked seven days a week, 12-hour shifts at a wage of only $2.50/ hour. Even though, at the time, the minimum wage was $3.35, employers got away with paying undocumented immigrants less. After six months, Quadeer was finally able to do what he came to the United States to do. He was able to send $500 to his father in Pakistan. Like many immigrants his main goal was to provide for his family back home. The United States is the 6th largest source of remittance for Pakistan. Quadeer always planned on working a few years and then going back home after he had accumulated some wealth, mainly because of his undocumented status and lack of access to high paying jobs. But that view changed after a few years.

After working at the car wash for a few years, Quadeer also worked in the construction industry but soon became tired of city life. He longed for the open air, dirt roads and muddy sidewalks. So, in 1985, he decided to go down to Miami, Florida and work on a farm in the countryside. He stayed there for eight months but wasn’t able to save up any money and missed his brother, so he moved back to New York. For the next couple of months, he went back to work at the car wash, but then he heard about an immigration act that President Ronald Reagan was passing.

Reagan’s Federal Immigration Reform and Control Act of 1986 gave residency to all illegal immigrants that arrived before 1982 or had worked minimum of 90 days as an agricultural worker between May 1985- May 1986. Luckily, Quadeer had worked eight months in agriculture in Miami in that exact time frame. He soon became a legal resident and was able to obtain many important documents, such as social security, that were necessary for getting a proper job.

Immediately after becoming “legal”, he set out to get a TLC license, which ultimately changed his decision of leaving the United States after a few years. As a taxi driver, he was able to have a decent-paying job, he didn’t have to work 12-hour shifts, and was able to have a life. Finally, he was able to go to his favorite spot in NYC more often, Coney Island. This was where he could get away from the stressful work life, relax, and get some fresh air but it was difficult to find time before when he was working all day.

When asked where his home was, Quadeer surprisingly responded New York. He has lived here for the majority of his life, coming here at eighteen and now 55 years old. All of his friends and family are here. A few years after getting his TLC license, Quadeer got married and also brought his wife over from Pakistan. All three of his kids were born and raised in New York, with two of them now attending college. By coming to New York, he was able to build a life for himself and stay on a good path. Quadeer compares himself to his cousins in Pakistan that are unemployed, drink, and gamble. “If I stay in Pakistan, I would be like them – lazy and no job.” He doesn’t know how or when, but slowly New York had begun feeling like home. He even got his citizenship a couple of decades ago.

He loves that in New York everybody minds their own business. Even when he was undocumented, he wasn’t living his life in fear of deportation because nobody ever asked or cared. However, Quadeer is disheartened by the recent rise in anti-immigrant sentiment. He feels that as a tax-paying good citizen, he should have the same rights as a native-born citizen. But he doesn’t like to think about that a lot and hopes that attitudes of anti-immigrants will change. For now, he wants to enjoy his life and hopefully spend a lot of time at Coney Island with his family this upcoming summer. (Quadeer and his two children)