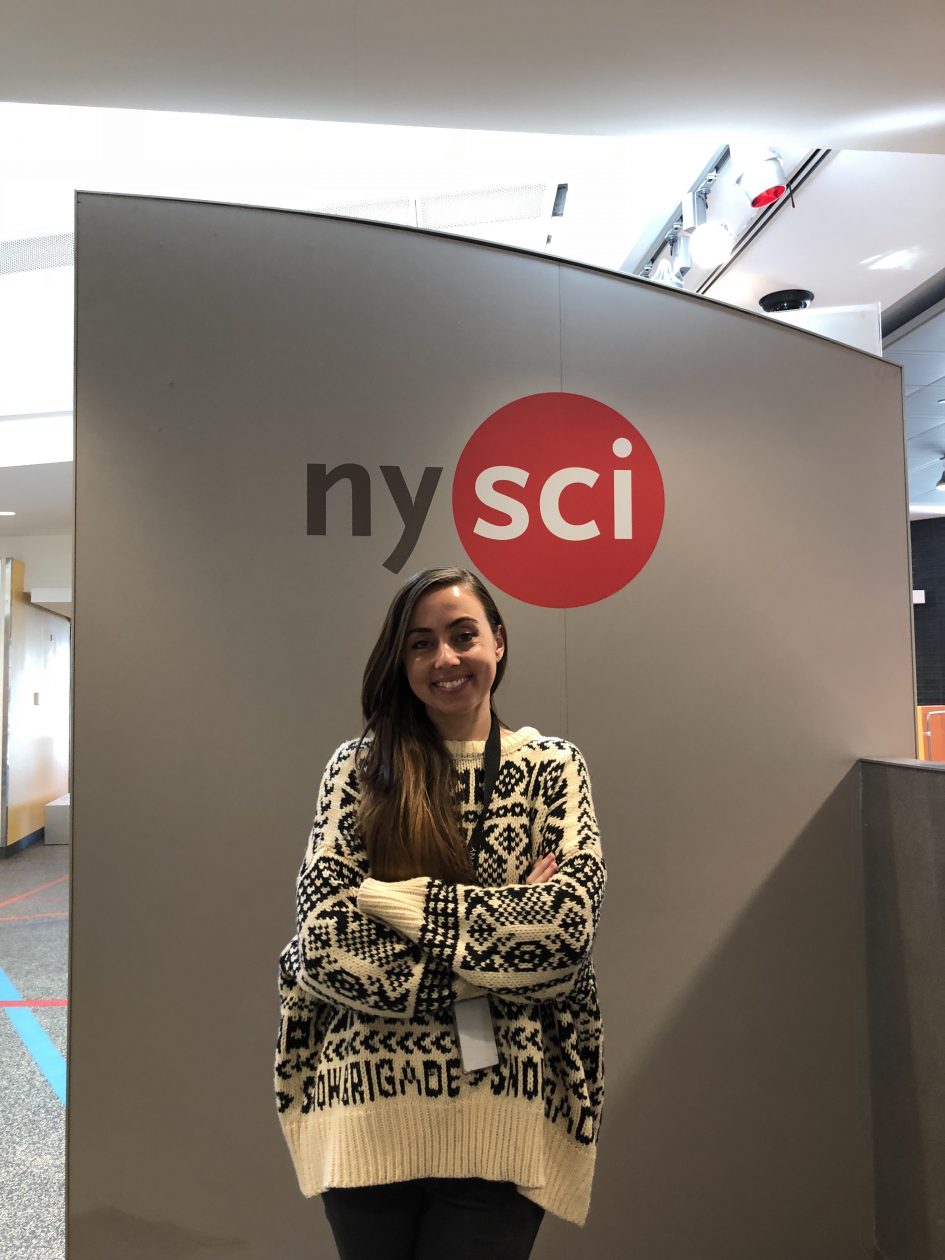 As the cars honk and the ambulances screech, Rebecca crawls out of bed and gets herself ready for the day. She remembers when she first arrived in America, she loved all the noise that came from the city. She “loved the tall skyscrapers and all the yellow cabs. The horns and sirens that were blasting at all times; it was truly the city that never sleeps.” However, now, the noises just annoy her and force her to wake up earlier than she would have liked. As she brushes her teeth, she thinks about how life would’ve been if she had never moved to America. She was born in Adelaide, Australia and studied communications at the university. Her first job overseas was in Jakarta, Indonesia, where she worked for the Peace Corps. She then worked in Singapore and then London for various advertising agencies before finally coming to New York.

As she quickly downs a yogurt smoothie, she reflects on her move to New York and she remembers how difficult it was to get here. “America does not make it easy for people to move here.” She knew it would be harder for her to get a visa because she wanted to work for many employers as a media artist. As a result, she needed an artist visa which required proof that she was an “alien of extraordinary ability.” She needed “lots of documentation to show she was the best in her field and many recommendations from the top people in her field. She also needed press coverage to show that she is good enough to be profiled in the press.” It took a lot of time and money for attorneys. It took six months to process and it required lots of research on the Internet because she had no friends or family who had done this before. Looking back, she is proud of herself for being able to do all of this on her own.

After eating breakfast quickly, she runs to the subway. Along the way, she bumps into people and remembers when she “first arrived in New York, she apologized to every person she bumped into.” This memory makes her smile. She was surprised at how rude everyone was here. In Australia, everyone was “super polite all the time.” The atmosphere was completely different and it took some getting used to. The servers were also extremely rude in Starbucks. “Everything is so fast paced here and everyone is so grumpy, it was shocking until I became that person”, she said laughing. Not only were people here grumpier and more in a rush to get things done, people were also more focused on their careers. In Australia, the people get married, have kids, and move to the suburbs for the suburban lifestyle. In New York, the people are focused on success in their careers. They were ambitious and worked a lot. They clocked in at 9 and clocked out at 5. Even students had packed days. They have lots of extracurricular activities, stayed up until 1 am studying, and then woke up at 7:30 to go to school. This atmosphere is what drew Rebecca to New York and made her love grow because she didn’t really want to make a family. She wanted to throw herself completely into her career and become a YouTuber.

In addition to the attitudes of the people being different, Rebecca had to adapt to an entirely different lifestyle. In Australia, there was no harsh weather and it was nice outside. In New York, the winters are harsh and there are different seasons. When she first saw the leaves dying on the trees, she thought it was the “apocalypse.” Winter didn’t happen in Australia. This was entirely new for her. She had never experienced something so cold before, but the challenge was exciting for her and she accepted it with open arms.

Upon arriving at the New York Hall of Science, she is greeted by the eager Associate Producers she has been teaching for the past year. With her partner, Jayde Lovell, they guide students in the Explainer TV program and teach them how to produce, film, and edit videos. While Jayde teaches the students how to be creative, Rebecca reminisces the first few days of being in New York with Jayde. They moved in together in an Airbnb in the Bronx. They didn’t realize it was so far away from everything. They also had to eat McDonald’s every day because they needed to save money. They were worried about spending because they didn’t know where their next paycheck would be coming from. She just remembers “being really sad because they didn’t know anybody and they didn’t have much money.” However, they stayed determined and kept working. They kept shooting videos for various companies for free to try and establish relationships with organizations. They were living off their savings and were lucky to have good jobs before moving to New York. In Singapore, they worked with other expats and got paid really well. This allowed them to take the risk and follow their dream in New York.

After a hard day at work, she heads back home to her apartment in Harlem where she has been living with her boyfriend for two years. At first, she lived in Brooklyn in a small apartment with Jayde. “It was really nice for the price, but it was really cold so she had to wear all her layers.” Eventually, they brought an American friend over and he told them to measure the temperature because he was sure it was violating the regulations. The New York City requirement is that “between 6 AM and 10 PM, if the outside temperature falls below 55 degrees, the inside temperature must be at least 68 degrees Fahrenheit.” Eventually, they moved out and lived in different areas together before separating and living on their own.

Now, she considers this neighborhood to be her community. They have a community garden and she bumps into neighbors as they come and go. Sometimes the neighbors come over and ask her to look after their house. This is one community Rebecca feels like she is a part of. On her way home, she sees a theater and takes a second to admire it. She loves theaters for the nostalgia; she doesn’t actually like going in them. She also loves bookstores. Some of her favorites are Barnes and Nobles and Book Culture. She could “lose hours in bookstores.”

Walking through her neighborhood and seeing all her neighbors, Rebecca can’t help but think about how her neighborhood represents the diversity of people in the country. Harlem is predominantly African American, but it is being gentrified and she can see it changing culturally. This makes her happy because it represents the diversity while also maintaining its cultural roots. She feels a bit conflicted about it because she is a white person who moved into the neighborhood so she is part of the gentrification. However, her worries disappear as her neighbors greet her with wide smiles and warm embraces.

Looking back on her day, she feels silly wondering how her life would have been if she never came to New York. New York is all she knows now and she is happy that it is all she knows. There are so many opportunities in New York. It is the cultural and economic center of the country and many parts of the world. There are awesome food and amazing museums and cultural institutions. The city also puts on awesome events. “Professionally, you can do so many things you couldn’t do anywhere else.” Here, she is able to work at the YouTube Space and the TYT Network. When she really thinks about it, if she lived anywhere else, there would be no YouTube Space or New York Hall of Science. She is grateful for everything she has come to know in New York. Her advice to prospective immigrants is as follows: “Get over here as soon as you can. People do lots of research and try to find a job from where they are. No one cares, you need to be here and show up. One of the most important lessons in life is: ’90 percent of success is just showing up.’ You just need to talk to as many people as possible. Everyone wants to help you, you just need to be willing to make an effort to get to know them.”