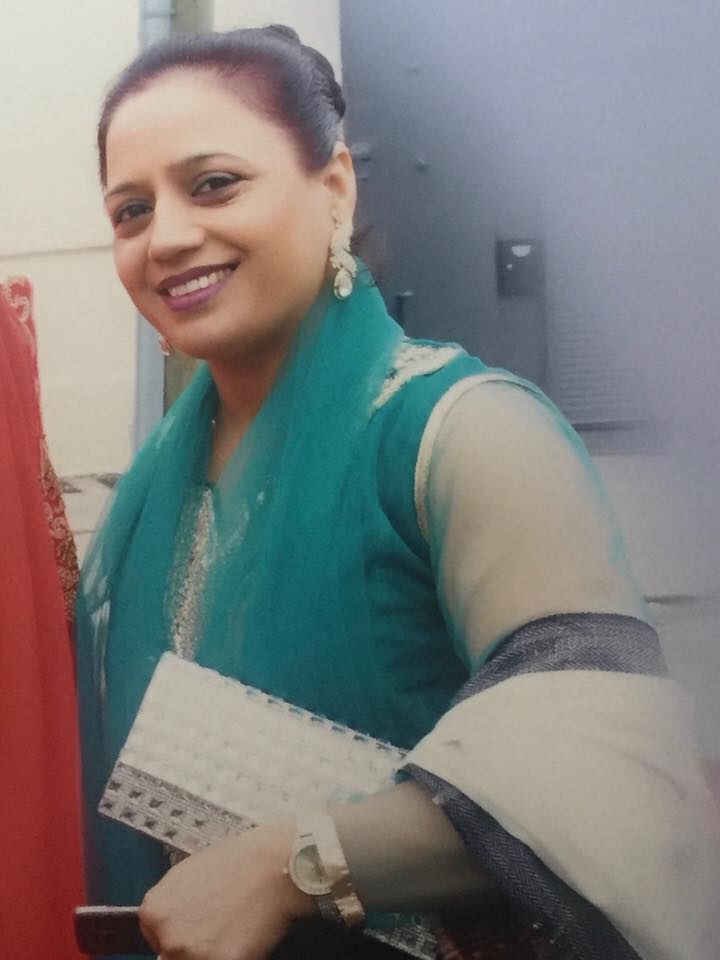 Rajwinder is currently 44 years old, but she was only about 24 when she decided to move from Punjab to New York City. Punjab is a state in Northern India, and, much like the rest of India, it boasts a culture closely tied to religion, family, and traditional customs. In comparison to New York, the gender roles are quite rigid, and familial piety and adhering to cultural norms is very important there. Although India is becoming more progressive, in the 1990s, adhering to traditional cultural norms was vital. However, if there is one thing to take away from the interview with Rajwinder, or Rose, as she likes to be called, it was that she was never one to let cultural norms and boundaries define her. One might argue that this characteristic is one of the main reasons why Rose decided to live in New York, and why she continues to enjoy living here, despite some of the challenges she faced.

Rose had been living in Punjab for about 24 years before she decided to move to NY in 1998. She desired access to better job opportunities, and, although she was comforted by the idea that she would be able to fall back on an established Indian community in New York, she was also excited to learn more about other cultures. Rose’s mother, on the other hand, was not so thrilled. Rose was a single Indian woman in her early 20s, and so she was facing a lot of pressure to get married before her window of opportunity closed. In the 1990s, this pressure was especially overbearing. Daughters would often be married off at ages closer to 19, or 20. Women that remain unmarried or childless are often looked down upon, or are not treated with as much respect. As a result, Rose’s mother was concerned and apprehensive at the thought of her daughter going away before she had secured a husband. Rose’s father, however, was much more supportive of Rose’s ambitions because he did not feed into the societal pressures placed upon Rose. According to Rose, “At that time my father was behind me, not my mother. She said, ‘Oh you’re unmarried, the girl going away…’ My father was broad-minded. He said, ‘Go where you want to go, do what you want to do’.” Thanks to her father’s support, the process of coming to New York was not a difficult one. Rose was a doctor in India where she practiced internal medicine. She had enough money from her job as well as enough financial support from her parents to make the transition smoother. In fact, Rose remembers her first day in NY somewhat fondly. “I came here April 3rd 1998,” she tells us, “The first day I came here, oh, I was so happy, I was nervous too. Happy I was going to see the beautiful country, so… I was thinking more opportunity than my country. Nervousness because at that time I could not speak good English.” For her first two weeks here, she stayed at a hotel on 42nd st in Manhattan. The first thing Rose did once she had her luggage taken care of, was start exploring the city. She grabbed a taxi and went to SoHo for food. Despite not knowing anyone in NY, she made it very clear to us that, although she may have been nervous, she was never scared, and she attributes this to the fact that she has never had a problem talking to people “I’m not shy. I talk to people easily, I don’t have any social anxiety like ever.”

Although Rose did not have to worry too much about financial strain, one of the reasons that Rose came to New York was for more job opportunities. Because Rose was a doctor in Punjab, she expected that she could also be a doctor in the U.S., and potentially make more money as well. Unfortunately, doctors from other countries undergo a complicated pathway to be doctors in the U.S. They must prove they speak English; pass the USMLE (United States Medical Licensing Examination), get American recommendation letters; complete residency training, etc. As a result, Rose had to work as a cashier at JFK for about 7 months after arriving in the U.S. This part of the transition to living in the U.S. was difficult for her: “Because when you are a doctor from your own country, you had your own office, you were the boss there. I had employees there under me. It wasn’t like that here, so that was the biggest challenge for me.” Understandably, she found her first job to be underneath her. She tried to get back into the medical field by reaching out to her doctor friends that lived in different states. One of them managed to set her up with an interview working for a different doctor in NY. Although she was back working in the medical field, the pay was still very low, which greatly depressed her. Furthermore, Rose ended up failing her USMLE twice, and so she gave up. She then took on a PA program, which she also initially failed. Currently, she is working with a doctor as a doctor’s assistant, but it is obvious that the road to get to this point was very bumpy for her.

When we asked Rose if she is okay with where she is now, she responded, “Oh yeah, of course!” She tells us that it’s fine that she did not pass the USMLE because she feels that in the office that she currently works in, she still possesses almost the same responsibilities and respect that she would have in India. According to Rose, the only thing that she needs the doctor to do for her is prescribe medication, and she is paid very well. Despite not being able to work as a doctor in the U.S., Rose seems to have made the best of her situation.

Rose does not regret moving to New York, and she even goes as far as to state that she feels like she was made for New York. She did not feel like she had to overcome any sort of culture shock, and this may be because she is so open to experiencing new things. She does not feel anxiety over what people will think of her, and she points out that she has always loved Western culture. Interestingly enough, Rose felt like more of an outsider when she was in India. “I was a tomboy in India,” she tells us, “I had a motorcycle, I would hang out with the guys. My parents were 2 different personalities. My mother was from a rural family. My father was from a modern family. I think my father gave me a lot of support to be like this. My mother always tried to teach me to follow community culture. My father was like, ‘No, do whatever you want’.” Rose believes that people suffer from social anxiety in India and that they are constantly worried about what other people will say about them. Rose seems to like New York better because of how different it is from India. She does not want to have to fit into certain social boundaries, and she likes that New York encourages people to think for themselves and that there are less cultural constraints imposed in New York: “If you are living here and you want to say something, you say it no problem. There they are thinking about what other people are going to say…They have to follow either the family or the culture. They have to stay within the boundaries. “The freedom to think and express different ideas is what makes New York such a good fit for Rose.

When asked whether or not there is anything that she misses about India, Rose had trouble thinking of any answers. However, later into the conversation, she reflects on how she likes living near nature, and how in India there is a lot of greenery and land that helps your soul feel more connected to nature. Rose loves the nightlife that the city has to offer, but in the daytime, she seeks out places like the beach or the park. She also keeps ties with her family by calling them every now and then, and visiting every 6 years or so. Still, she asserts that she never calls to say that she misses being in India: “I talked to my family, I talked to my friends, but I never said, ‘oh I miss you guys’ like India is better. No no, I was like this is better.”

Rose enjoys living in New York. She raves about how she has so many friends here now and that she loves her job, and that she is able to do whatever she wants, whether it’s yoga, going to the beach, meditation, etc. She especially loves the different foods that New York has to offer, and she particularly loves Japanese and Italian foods. She does not regret moving to the New York, and she seems to have thoroughly enjoyed her time here. However, she is not a big fan of snow and she is starting to get a bit bored of living in the same place for so long. Rose wants another adventure to go on, and this seems to be considering moving to Florida. It is amusing to think that this time next year, Rose could be in Tampa, Florida still trying to meet new people and experience new things. “My passion is learning, experiencing new things, excitement.”