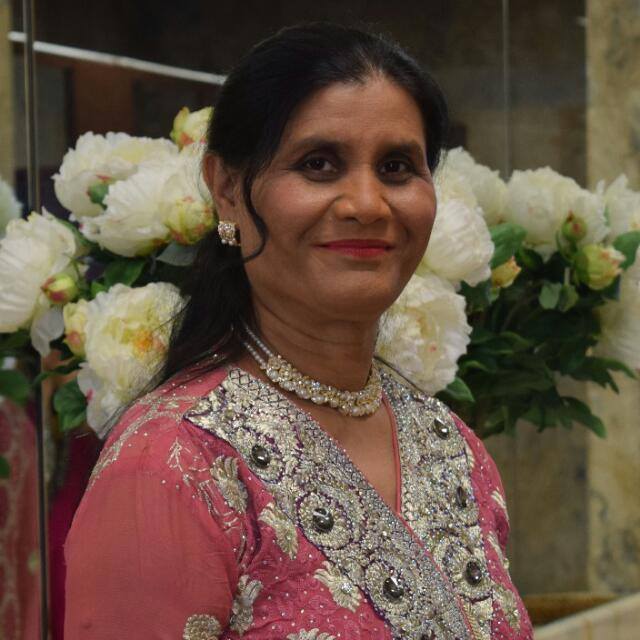 It is another calm Saturday night and Shakeela follows her nightly routine of reading the Bible and praying. She sits in dismay of having to go to work in the morning, knowing that she will miss church because of it. Shakeela prides herself in never missing a week of church, except for work or sickness. One can say that religion is probably one of the most, if not the most, important aspects of her life. It would thus be understandable why religion influenced one of the most important decisions in her life: the decision to bring her whole family over to America.

A Christian living in an immensely Islamic country, Shakeela had a difficult time finding people outside of her family that she could relate with. According to the CIA World Factbook, Pakistan is about 96.4% Muslim, with only 3.6% being a combination of both Christians and Hindus. Considering these statistics, it is understandable how isolated and secluded a Christian in such an environment could feel. Shakeela also recalled being negatively viewed by her peers simply because of her religion. Due to the religion-based education and work system in Pakistan, it was very apparent to her peers that she was different from them, which caused her to be shunned at times. Not wanting her children to have to go through this same experience, Shakeela decided to leave her family behind and move to Pakistan with her husband and two kids.

Her transition to America was difficult as expected. She described feeling “a bit scared because [she] didn’t know what to expect from America.” As with any change in environment, one can expect to feel a great deal of fear and worry when traveling to a whole new country and beginning a whole new life. Fortunately, America was not as daunting for her as she expected, largely because of the group of people she had in America supporting her. Shakeela selected New York City after finding out that there were other Pakistani Christians also living there. She reached out to them and they agreed to house her and her family until they got onto their feet. Fortunately, this family had also gone through the same situation and were very helpful in providing aid and advice for how to proceed.

The first few weeks were very odd for her. She described everything being “tiny and cramped” compared to her life back in Pakistan. Back home, she had grown accustomed to life in the open, with large fields and animals roaming free. In NYC, the only animals she could find roaming about were pigeons and rats. Another thing that Shakeela was overwhelmed by was the drastically different weather in NYC. After only a week, she quickly realized that her normal Pakistani clothing was neither accepted nor suitable for American weather and thus, switched entirely over to American wear. Although she changed her clothing, she found comfort in her traditional Pakistani food. The spices and flavors reminded her of the home she missed. She would often go to Jackson Heights to acquire the same spices and foods that she would eat back in Pakistan.

In addition to facing these initial challenges upon arriving, Shakeela came to discover that more challenges awaited her and her family. One of the greatest things Shakeela faced difficulty with was the language. Although language was taught in school in Pakistan, the lack of use resulted in her having difficulty with even basic sentences at first. Shakeela also faced another major drawback when she found out her nursing license was not valid in the USA. Instead, she had to spend a few months retaking several courses and retaking several of the licensing exams. Although she served as a midwife in Pakistan, Shakeela had to start her career at the entry level once in America. She started off by providing in-home care for the elderly and mentally disabled, a job made even more difficult by her broken English. It was also at this time that Shakeela began to stray from her exclusively traditional diet. With the stress of work and dealing with children, she sometimes didn’t have the time to cook and would grab some quick fast food on the way home or cook a quick American dish, like mac and cheese or chicken soup. After a year or two of this, she then moved onto working at nursing home. It took another year or two for her to finally obtain a position at the same level as that in Pakistan. She finally was accepted for a job at North Central Bronx Hospital (pictured below) on the labor and delivery floor. This job was the first step in another major decision she made in her life: the decision to move from Queens to the Bronx. One of the first things Shakeela noted when prompted about her first impression of Queens was the predominantly white and Asian population in the area she was living in. Because of this, she was surprised by the predominantly black and Hispanic population in the Bronx. She also described feeling a certain sense of fear because of rumors claiming that the Bronx was unsafe and filled with crime.

Shakeela’s fears were proven one day on a trip to Watson-Gleason Park (pictured below). The specific block that Shakeela had chosen to live on had a relatively low crime rate. However, the same could not be said for the areas surrounding the house. The park, located in a somewhat high crime area, was on such location. Shakeela recounted the story of a day at the park with her 8 year old son. She recalls seeing him “swinging happily on the swings” and then the next moment she hears a “loud pop.” She was immediately struck with fear. She quickly grabbed her son and ran away along with the other park-goers. This event caused Shakeela much dismay about her community and her choice of relocation. She described having to “wait a few weeks before feeling safe to take [her children] to the park.” She feared that she had put herself and her children in danger. Although this event affected her greatly for a few weeks, Shakeela concluded that this was a one-time situation and, although very cautious, no longer felt unsafe or uncomfortable walking around her community. Despite this event, Shakeela was relatively pleased with the neighborhood she decided to settle in. She remained isolated at first but soon developed a close relationship with her neighbors, many of whom were from Guyana. She slowly started interacting more and more with her neighbors, exchanging food and life stories with them.

When further prompted about her neighborhood, Shakeela went on to describe some shifts she noticed in her neighborhood. As stated, the neighborhood was largely black and Hispanic at first. However, Shakeela noted a rise in the population of South Asian immigrants, specifically from Bangladesh. Another thing she noted was the large spike in Bangladeshi immigrants following the building of a mosque across the street from her home in 2008.

Aside from the lack of parking due to mosque visitors, Shakeela stated that she believed this to be a positive thing. She noted that it felt assuring to have “people who share a similar culture as [her].” Beforehand, the only places she could experience culture like that of Pakistan was if she went to Jackson Heights. However, the rise in South Asian immigrants also led to an increase in South Asian grocery stores and restaurants in the area. Shakeela now no longer had to travel all the way to Queens to experience culture like hers; it was now just a walking distance away. Shakeela clearly has had to make many sacrifices and changes upon arriving to New York, but was it worth it? Shakeela firmly believes that moving to America was indeed the best thing she could have done for herself and her family. She cited several things she loved about America, but especially liked “how easily accessible everything is.” In stating this, she was not referring to just resources, but opportunities as well. One example of this she cites is how easy it was for her to find a job once she had attained all the proper licensing. Not only for herself, Shakeela believes that America has opened up a world of opportunities for her children, as well. With one of her children a nurse and the others in medical school and college, she believes that her children have excelled in ways they never could have in Pakistan. Shakeela believes New York is also defined by the amazing people that make it up. She continues to be amazed by all the different cultures present and is forever grateful for the opportunity to share her culture and learn about the cultures of others.