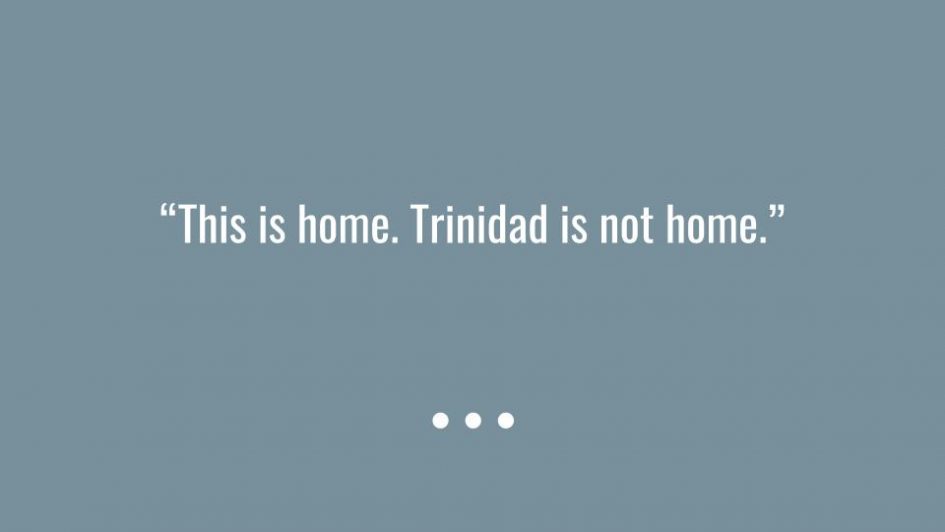 In contemporary society, the word immigrant has strayed away from its proper definition. Most people label those who look, speak, and perceive the world differently from the American Anglo-Saxon as immigrants. This has become the cultural norm and has almost been accepted on a subtle level. However, an immigrant is formally defined as a “a person who comes to a country to take up permanent residence.” While this definition may automatically underscore a person of different likeness as an immigrant or a foreigner in other countries, it creates a very interesting situation in New York City.

With such a great influx of immigrants year after year for so many years, New York City has become a mosaic of cultures and lifestyles that its inhabitants, in a way, transcend the boundaries of the conventional resident and immigrant. Since there exists such a great influx, there exist many generations of immigrants. Because of this, we see formal categories such as First-Generation, Second-Generation, and so on that label these people as immigrants, but they themselves have their own definitions of identity due to their upbringings and values.

This was the case for Taylor*, a college student who would traditionally be considered an immigrant. Born in Trinidad, he and his parents immigrated to the United States when he was just over the age of one. A product of the famed American Dream, Taylor described his parents’ motivation to immigrate to the United States in search for more opportunity. “Trinidad is a small place and has a small economy. You don’t really have the ability to move up, to thrive… like you have a ceiling set for you automatically whereas in America, there’s no limit.” Upon arriving to this land of endless opportunity, he and his parents situated themselves in Jamaica, Queens. “Originally, we lived with my aunt for a couple of years, then we moved to the apartment building a couple of blocks [down the street].” “[My neighborhood] was primarily Arab and Yemeni. It had many Pakistanis as well because there was a masjid nearby and some West Indians, but not many.” So, with this initial settlement, Taylor’s parents put themselves in the category of the classical immigrant: they decided to move in with their relative in an immigrant enclave with those similar to them. Then, as the classical immigrant would, they worked hard to later buy their own property. In addition to this, Taylor’s parents worked hard to join the American workforce to gain a steady income and provide for their growing son in the New World. “My dad studied for a bit when he first came here. He took IT certifications, passed them and got jobs… [my mom] works in a supermarket.” So, while we hear many immigrant stories that speak of financial hardship and job struggles, Taylor’s parents fared well during their initial days in New York City. This was surprising as many of their fellow immigrant neighbors struggled all around them. “Now, it’s mainly African-American and Hispanic. There’s some Yemeni still left, but not many… [our Yemeni neighbors] told us they were moving back to Yemen.” In other words, while surrounding families initially endured hardship after moving to America, Taylor and his family adapted to the new culture relatively smoothly. Due to this smooth transition, Taylor’s parents were able to indirectly grant him more freedom as they did not have to press their hardships onto him.

Hence, Taylor grew up in the Big Apple with a completely different set of ideals than the common immigrant. For example, rather than listening to the Caribbean-style music commonly found in Trinidad, he grew up listening to hip-hop; rather than adopting the laid-back lifestyle he saw in Trinidad, he much preferred the fast lifestyle present in the City. This was all feasible because he was not bound to any specific culture. “I don’t necessarily think that I am following any customs, so I can pretty much set the customs for myself.” So, he set his own expectations, values, and worked to create his own identity without any kind of customs to hold him back. In effect, Taylor escaped the shell that many immigrant children had to break out of in order to successfully assimilate into American culture.

This is due to a set of factors that set him apart from the rest of immigrant culture purely due to history. Trinidad and the West Indies in general were a product of years of immigration and colonization. The people present in the area are a part of a conglomerate culture that functions to unify the plethora of ethnicities that were present on the landmass. Hence, Taylor states that “there are Chinese people in Trinidad, there are Spanish people in Trinidad, there are Arabs in Trinidad, and there are Blacks and Indians in Trinidad.” But, Taylor has an interesting view of Trinidadian lifestyle. Rather than believing that it is a conglomerate culture, as mentioned above, he believes that does not have a culture. “Trinidad is such a vibrant and diverse community that we don’t necessarily get people who are all the same. But even within that community… there isn’t a set way of doing things.” Thus, Taylor was set free from any initial “shells” because his roots did not contain a set culture; he was set free due to the lack of one.

Therefore, Taylor treats himself as an American, with little to no ties to his parent’s homeland. This is quite surprising because immigrants, especially those growing up in the United States, tend to band together with those like them to combat any sort of racism or discrimination. However, Taylor states that Jamaica has “no discrimination because it’s a diverse neighborhood.” So, not only has Taylor dodged the initial “shell” that many immigrant children have to escape, but he also dodged much of the discrimination that many immigrants face. Because of this, he grew up loving the diversity present in the city and learned to be open-minded from a very young age. “[Growing up in Jamaica] made me have an open mind… like race, religion, culture… made me not stick and blindly follow what I was accustomed to but be able to step out of my own comfort zone.” Holistically, Taylor believes that, “everywhere has its own people, customs, and way of living.” Combined with this cosmopolitan image of the world due to his experiences with myriad cultures in his neighborhood and the plethora of cultures he was already exposed to when viewing Trinidadian culture, Taylor developed a contemporary view of identity and constantly works to improve himself because of it. He works to view people “beyond a color, beyond a race, but rather as human beings for who they are.”

Therefore, Taylor has an easy time blending in with the people around him, regardless of race, and easily was able to blend into the workforce. His story became that of the average American. “It was pretty easy in a sense that my school had opportunities that I capitalized on as far as internships. And as soon as I started doing internships, I just kept doing more and more, and I got a job eventually.” This is quite an interesting phenomenon because we constantly hear of inequalities in the workplace due to differences in race or beliefs. So, either Taylor was able to bypass this in some way or combatted it head on. “At the end of the day, I have an [omitted]-sounding name, but compared to other people, they might be discriminated based on the color of their skin.” So, following the standard procedure taught in schools and due to the nature of his appearance and name, Taylor was luckily able to smoothly get into the American job market.

This seamless transition to American culture is not only evident in his professional endeavors, however. As stated before, he was culturally raised by listening to American hip-hop, was raised with a contemporary mindset regarding race and people, and was fortunate enough, in terms of assimilation, to have grown up with the idea of diversity and the lack of an overarching, limiting culture that would have otherwise changed his mindset regarding the world around him. Hence, he views New York City as his home, his only home. As stated before, he does not agree with much of Trinidadian lifestyle, as it is slower than what he grew up with, and much prefers to set his own boundaries in his life and be his own free soul. Central Park, a natural distraction in the Big Apple

So, when asked whether he would immigrate to the US if he had the chance to again, he replied with an exuberant yes, raving about the uniqueness that is present in the City. He went on explaining the bright lights present in the city and its effect on tourism, the natural distractions that Central Park places in the center of such a vibrant city, and the overall beautiful scenery that places like the Brooklyn Bridge offer to the viewer. However, when asked to elaborate about Trinidad, Taylor replied, “This is home. Trinidad is not home.”