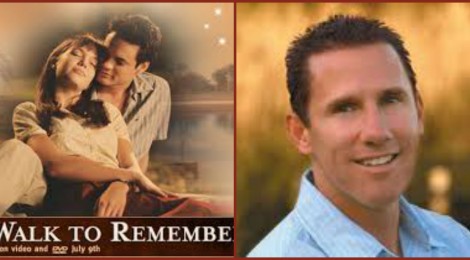 A Walk to Remember

susan gerlovina / October 7, 2013 / Comments Off on A Walk to Remember / Don't Judge A Book, Literary reviews

Nicholas Sparks is one of the greatest authors of romance novels.  He has written multiple heart warming novels such as The Notebook, Safe Haven, Message in a bottle, Dear John and A Walk to Remember.  Aside from his writing he also contributes to the community. In 2011, Nicholas and his wife launched the Nicholas Sparks Foundation, a nonprofit organization committed to improving cultural and international understanding through global education experiences for students of all ages. Along with that he launched the inaugural Nicholas Sparks Celebrity Family Weekend and Golf Tournament in North Carolina; a weekend devoted to raising awareness and funds for the Foundation. Therefore; Nicholas sparks does not only touch the souls of his readers but also those around him. Clearly, he enjoys making a difference in the world.

Among all of the books which he has produced A Walk to Remember is an all time favorite. This novel was published in 1999. What all romance novels have in common is that they involve two people falling in love. In this novel Landon Carter narrates his love story with Jamie Sullivan which occurred when they were both seventeen and in high school. Landon is the typical bad boy who doesn’t care much about school or anything else in that matter and doesn’t have any future goals. Jamie on the other hand is a quiet girl, daughter of the reverend who takes part in the community by volunteering at an orphanage and always carries a bible along with her school books. It is clear that they are completely different even in their social statuses outside of school. Landon first notices her true beauty at the school play in which they both participate in.

After spending more time with her, he finds himself changing into a better person. As predicted he falls in love with Jamie and finds out that she does not plan to attend college and that her biggest dream is to get married in a church full of people. Both of those shock Landon but the more shocking news comes later on when he finds out that Jamie is dying from a rare form of Leukemia. He realizes that there is only one thing to do and that is fulfill her dreams. He marries her in a church full of guests. Her walk down the isle is the special moment he will never forget hence the title “a walk to remember.”

Nicholas Sparks writes novels which are enjoyed more by the female population yet set standards for the males. They allow the minds of woman to fantasize such stories and desire such a romance for themselves. The tragedy in A Walk to Remember could literally bring the reader to tears. The way Landon changed and matured through Jamie’s influence was touching. He concludes by stating that he now believes in miracles. This ending note makes the reader wonder if Jamie died or did a miracle save her? Perhaps Landon was even referring to the miracle that brought Jamie into his life. In perspective Jamie herself was a miracle in Landon’s life. Everyone needs someone like that in their life to inspire them to become a better person overall. This novel also shows that doing good in a community can change many lives and that social statuses really don’t matter. This love story also depicts faith, hope and belief.

Nicholas Sparks states on his website “The reason I wanted to include a spiritual element in the book was simple: This was a story of the beauty, power and innocence of first love. The characters were young and on a personal level (one defined by my own morals and values), I wanted these two kids to be deeply in love, yet without the physical intimacy that normally accompanies such deep love. In other words, I didn’t want them to engage in pre-marital sex, and though my other novels have included that element (I do write love stories), had I done that with two young people, a great many readers would have been offended.” This also reflected the time period in which the story took place. This novel was set in North Carolina during the 1950s. At that time it was more inappropriate and thought of as a bigger sin as opposed to today.

A Walk to Remember is among the best love stories written. It was later turned into a film like many novels by Nicholas Sparks today. All of his love stories including this one will leave a lasting impact on the reader. Once you start reading this book you will not be able to put it down until you reach the end. Next time you’re in the mood for a touching romance definitely pick up this book. For teenagers it shows how strong young love can be and provides them with inspiration. For adults this book would bring them back and make them remember the way they loved.

← “No one is ever safe” (El Internado).
Life’s Day or Three Times Across the River →