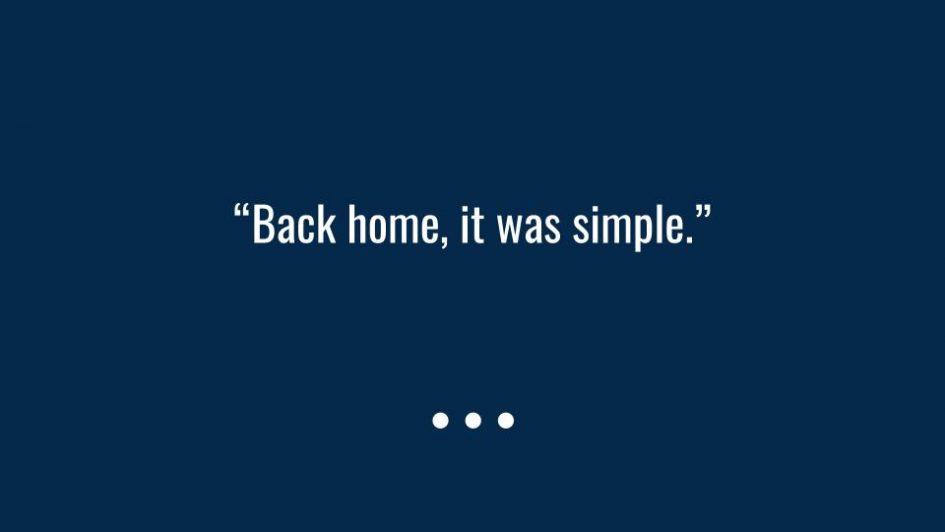 When David Wang first arrived in Flushing, Queens, it was not what he had expected. Back in Shanghai, China, everyone believed that America was a place of opportunity and luxury. His expectation of a city with sparking streets and a beautiful skyline vanished as he could only see huge piles of black garbage bags on each block.

In 1970, when David was around 10 years old, his father’s sister received her green card which provided her the ability to live and work in the United States permanently. This granted his father the ability to apply for a green card himself. There are various types of green cards that are provided to immigrants in the US. Most of the qualifications are based on employment, family, marriage, investment in US enterprise or employment sectors, and diversity. In David’s case, his aunt had to gain American citizenship in order to sponsor her siblings. The tedious and long process of bringing along their whole family took around 10 years. All the waiting finally came to an end as the envelope that granted David, his brother, and both his parents access to the “promised land,” arrived on their doorstep.

After getting the green cards for each family member, the extremely steep cost for plane tickets was the next challenge that David’s family had to overcome. He and his brother were often working while they studied in order to save up for the cost of the four tickets. Saving up for four $2500 (when converted to American Dollars) plane tickets was not an easy feat. In Shanghai, at the time, the monthly wage one could make was close to $5. Fortunately, David’s family was relatively wealthy compared to most families in his neighborhood. Most families struggled to put food on the table every month, so being able to save enough to travel to America was nearly impossible.

Arriving at the JFK Airport at the age of 20, David stepped foot into a new chapter in his life. He was leaving his friends, his extended family, and his old town for the world of the unknown. Even though the lifestyle and opportunities were completely foreign, the community in Flushing was not much different from his own back home. The population consisted of mostly Chinese immigrants that spoke Mandarin which helped David bypass the language barrier or social adjustments that many other immigrants had to face. According to the 1990 census, 58% of the people in the area were Asian. This percentage has now increased to 90% according to the 2010 census. The Asian community of Flushing grew tremendously throughout the 1980s and 1990s as the white, European landscape began to diminish. Surprisingly, for the first time, Asians became visible in the political landscape because of their rising population. Chinese businesses such as restaurants and herbal shops began to appear at a rapid rate for the following decades. Stepping out of the 7 train, the aroma from stores that sell Chinese stir fried noodles and sweet baked buns were a few of David’s favorite places to grab a quick bite.

However, as the population increased, the cost and demand for affordable housing also increased. For the most part, the living situations were very difficult to adjust to. David’s cousins were able to offer their basement as a temporary living space for him and his family. The low ceiling basement had no windows in which the only source of light would come from a small ceiling light bulb. With no source of fresh air and the accumulation of dust, debris and mold, the air quality of the basement was unbearable. This motivated David to find a job as quickly as he could so he could afford new place.

David decided to go to an employment agency on the very first day. A woman at the front counter asked him questions about his skills and his English language proficiency to find his “best match.” He admitted that his English was not great but boasted about his cooking abilities. This employment agency got him his very first job as a dishwasher in a restaurant. One there, he would scrub dishes for hours and hours on end. His shift would end long after the restaurant had closed. Every day, he would come home at around midnight sore and exhausted. It was turn to wash away his stress. He would take a quick soothing shower and wash off all the dirt and sweat. He quickly dive into bed, not sparing an extra minute to truly relax because he had to be up early when the restaurant opens. This exhausting cycle would continue everyday.

The once lively and energetic city became a fast-paced, dirty confinement . His teenage days of having fun after school and backpacking around his country were over. His main focus here was to earn money and make the most of all the opportunities the US had to offer. David complained that, “in America, I had no time because I was working 12-14 hrs but in China, I had a lot of time to shop, go to the movies and play in the park.”

Not only were wages low but also the cycle of getting a job and losing it was very stressful. The employment agency’s policy was that it got to keep 10% of his salary for the first month. This seemed like a great deal at first because it was one of the only ways he could get hired. However, he would often get fired after scrubbing dishes for just a few months and had to go back to the agency to find a new job. That cycle would continue for a while until he developed a circle of friends that would help him obtain more opportunities. David learned that acquiring a job does not necessarily mean he would be able to keep it for long.

Employment agencies like the one where David sought help were not concerned about the actual well-being of their workers. They, instead, focused on landing people a job and getting the commission to keep the business going. According to a New York Times article, “ For immigrants looking for a foothold in the economy, employment agencies are often the first stop…“We don’t have another way of finding work,” Ms. Rivas, an immigrant from El Salvador, said, “If you don’t speak English, you have to put your trust in them.’”

Working at a restaurant, David learned that the net amount he made was relatively little compared to China when factoring the steep cost of living in NYC into the equation. According to the 1990 census, the median income of his neighborhood was $17,000. His county’s median income was one of the the lowest in Queens and NYC. David stated how the cost of living in a basement after he moved out of his cousin’s took 20-30% of his paycheck every month. Sometimes it would be very difficult to make ends meet if he happened to lose his job that month.

He rarely had time to really relax. On occasions when he had days off, he would spend it hanging out with his co-workers. They became his group of friends and eventually became his community. Grabbing coffee at a local bakery and just sitting down to talk about the daily hassles was his way to de-stress. He discovered most opportunities, such as jobs and places to live, through word of mouth.

Only after breaking away from the cycle, David realized that he needed to think and plan his future because he was so involved with just making money. Although through all the hardship he faced, he genuinely believed it was a positive experience. That motivation to make money did not exist back in China because everyone had relatively the same wage. “Back home, it was simple,” David confessed. The living conditions were very poor and the technology was unadvanced but people lived day by day being satisfied.

He believed that to come to NYC, you must have a drive to be successful. That drive will push you through the difficult times. “Don’t believe you are making a lot of money because in the end most of it will go towards living expenses,” he complained. However, David understands that this unique and powerful experience is something not everyone can have the luxury to experience.

Although NYC is very diverse, he found his community in Flushing as many Chinese immigrants also settled here with the same mindset of making it big. Eating good food, shopping, and being happy is the ultimate American Dream for David Wang.

“Green Card: Everything You Need to Know.” UpCounsel, www.upcounsel.com/green-card.