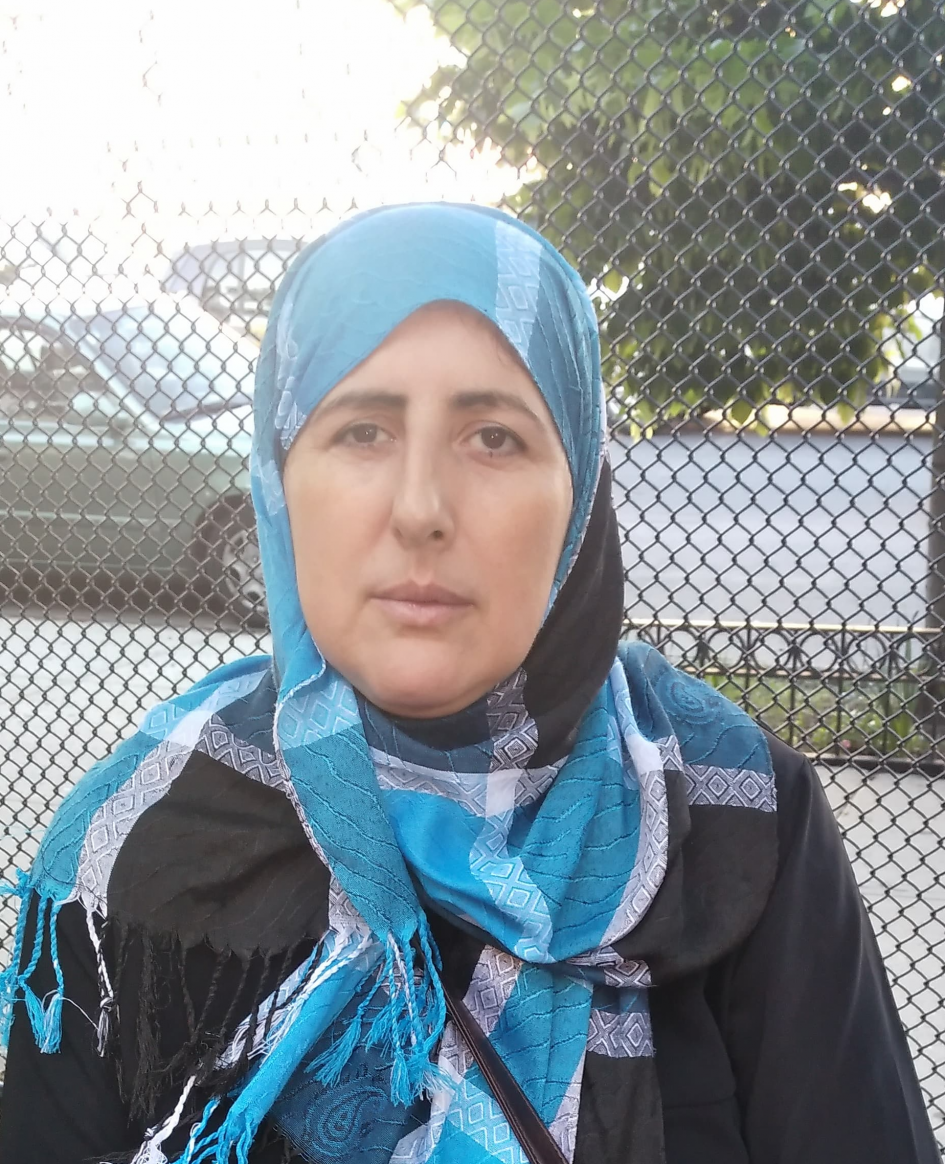 Hayet put her hand to her face and thought, struggling to put how she felt about New York into words. After a few moments, she said, “It’s a dream.” She nodded and repeated her assertion. For her, this new land, which has been her home for the past decade represents the dream destination of her childhood. Lyon, the city Hayet grew up in.

Hayet was born in France in the 1970’s to a young mother. Her mother was a German Jew who spoke both German and Hebrew fluently. She got married early in her life to Hayet’s father, a Christian Berber from Algeria. She moved to France with her husband with the goal of starting a new life and becoming a nurse. These dreams were immediately made more difficult by the fact that neither language she spoke was especially useful in France. Despite this, she learned the language as she went to school. Hayet was born during this time, when her mother was 17. For a time it seemed as if Hayet’s mother would get her wish and start a new life and family in France. However, Hayet’s father was unable to pass his French medical licensing exam and moved back to Algeria to practice medicine. While he asked Hayet’s mother to come with him, she was not going to give up the life that she had been building and refused. He never tried to retake the licensing exam. “He gave up,” Hayet says, they divorced because her father was “used to being in his country and having everything.” They were both young, but “he couldn’t find what he wanted and went back.” He wasn’t willing to rebuild his life the way Hayet’s mother was. Her father went on to start another family in Algeria. Hayet stayed in contact with both him and her half-brothers and half-sisters but she makes it clear, “I’m not like my dad, I’m like my mom.” The truth behind this assertion is clear from the path that she followed that eventually led her to the United States. Just as France was her mother’s dream destination, the United States was the same for Hayet.

Many immigrants come here for a better life, and for Hayet, wanting to raise her children with opportunities that they would not have in France was an important factor. However, during her childhood, America, and New York specifically, came to represent ideas, such as liberty and freedom, that drew her to the country just as much as the opportunities available in America did. She had a fairly normal childhood, despite some difficulties being from a single parent household. Hayet says “France, it’s like a little girl with a beautiful dress.” It was beautiful and she loved living there but throughout her childhood, she would hear about America as an amazing place, filled with wonderful things. Most of what she heard centered around New York. As a result, from an early age, living here was her goal.

Hayet spent her childhood in the French city of Lyon, and after getting her degree she began working in the city as a teacher. It was at this time that she met her husband, an Algerian Muslim. After they got married, they decided that they did not want to stay in France any longer but had trouble deciding between Algeria and the United States. After talking about her childhood dream, her husband agreed that the United States was a better choice, both for them and for their future children. This decision led to her finally landing in New York in late 2007, when she was 35 years old. Vieux, Lyon, the oldest neighborhood in Lyon. Hayet noted that the buildings in Lyon were tiny compared to those in New York.

When Hayet first came to New York, she was blown away. The first neighborhood she lived in was Elmhurst, in Queens. Even though she was not even in Manhattan, everything was “giant, the limousines, the buildings, the streets.” Hayet was from France, one of the wealthiest countries in Europe, but in comparison to America, everything there was small and modest. Hayet remembers even the food was bigger, “In our country, we made [pizzas] small, here I went to a pizzeria, they are so big they don’t fit on the table.” In some ways, America lived up to her childhood expectations. However, she also faced obstacles as she tried to build a new life.

Hayet’s mother had faced the hardship of being a single parent, but she was much younger when she had immigrated. Hayet faced the difficulty of having to learn a completely new language later in life. Due to her parents’ varied backgrounds, she already spoke French, Berber, German, a little Hebrew, and Arabic. Adding yet another language onto this list turned out to be one of her main difficulties in her first few years in New York. Hayet quickly realized that she could find places in the city that spoke every language she knew. She would be able to find her culture here in New York, whether it was her French, Algerian, or German side. “Wherever you go. If you come here you are in Pakistan, if you go to Steinway, you are in Arabic country, in Egypt, wherever you go you are in your country. You can taste all of the foods, New York, it’s like heaven.” However, in this self-described heaven, Hayet also realized that she could get by comfortably without ever learning English. Using the languages that she already knew, she could find enclaves in the city that she would be rather comfortable in. After moving around a few times, Hayet decided to settle in Kings Highway for a time. In this predominantly Russian neighborhood, she wouldn’t be able to indulge her instinct of going back to familiarity. The Central Library of the Brooklyn Public Library located at Grand Army Plaza.

While Hayet lived in Kings Highway, she would regularly visit the Brooklyn Public Library Branch at Grand Army Plaza in an effort to learn English. Hayet would pick up books from the kids’ section and also attend a class for little children at the library. “I saw moms come with their babies to do the class and I was an adult who would come without a baby, I was the baby,” she remembers. As a teacher in France, Hayet had taught young children and teens for almost a decade before coming here. Having to become a student and start from the beginning was often hard for her but she stayed motivated, despite the difficulty and the occasional embarrassment. Hayet believed that in America, “if someone does not speak English, it is like deafness, that person is lost here.” After two years, she was finally able to speak English. “I am strong now,” Hayet explained, “not like before, I was feeble.” For Hayet, language was the greatest hindrance to truly becoming part of American society. Once she overcame that, she began to take advantage of the opportunities she had. She arrived in New York at an economically tumultuous time. The signs of the coming Great Recession could be seen but across much of the country, New York included, business was booming. Early on, Hayet noted that this was “the country of business.” Her husband, with her encouragement, set up a limousine rental business soon after moving here. This business supported their family as Hayet learned English and started to raise their daughters, both born a few years after the move to the United States. Even as the economy got worse and unemployment skyrocketed from 4.4% to 10.3% from 2008 to 2010, Hayet kept her faith that America was the place for her new family and got through the recession without a problem. By the time her daughters started school, Hayet’s English had improved enough that she was able to get a teaching certificate. She was finally able to achieve in her new country what she had been able to achieve in France.

While Hayet’s success in New York is the culmination of her childhood dream, it has come with some costs. “When I first came here, I would buy a lot of calling cards to talk to my family, now they call me and I don’t have time, I am busy. I’m an American woman.” She says this with a laugh but by moving here, she knows she has left her old life behind. When Hayet lived in France and even when she first came to New York, she would call her half-sisters and half-brothers almost every day. Now, she is lucky if she gets to talk to them once a week. She also sometimes misses France, Lyon, and her life there. However, she knows that her daughters are better here. She also knows that she has grown accustomed to New York’s hectic pace. “If I go back to France, I will miss New York. The life here, Dunkin Donuts, the stores, the coffee in the morning, people running, walking, it’s not a lazy country, people don’t stop.” Whatever the cost of her new life here, Hayet is happy that she has made it to New York.