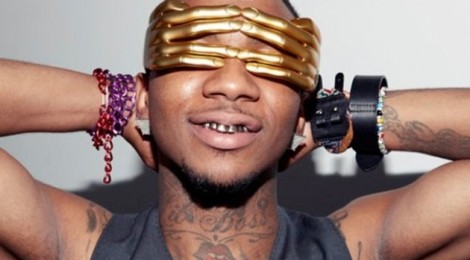 Sabeena Ramnanan / December 3, 2013 / Comments Off on Lil B / People, Underground

Lil B the Based God is notorious to some and completely unknown to others. Lil B, an artist born through social media, is a rapper from Berkeley, California.  Born Brandon McCartney, he’s been sharing himself with the world since he was 16 years old, when he wrote an autobiography titled ‘Takin’ Over by Imposing the Positive’.

He began his career as a rapper with a group from the San Francisco Bay area called The Pack. Their hyphy style helped them rise to fame, and The Pack became known for their song ‘Vans’ in the early 2000’s. Lil B then went solo, creating over 150 Myspace pages in order to upload 1,500 plus songs. Through other social media sites such as Youtube, Twitter, and Facebook and mixtape hosting sites such as datpiff.com, Lil B stayed in contact with fans and further spread his music.

His style of rap is diverse, as is the content of his music. Some of his songs have a southern beat, some are New York-styled, and others are avant-garde. Some of his content is at times controversial, and some are comedic and serious. McCartney’s parodies are spinoffs on current hip-hop material. Lil B has over 50 albums and mixtapes with comedic titles such as Based Jam and PYT (Pretty Young Thug). A controversial title of his is I’m Gay (I’m Happy) using the overlooked definition of the word “gay”.

Needless to say, he’s a unique artist and definitely worth a listen.