“For the first time this heart is beating for someone…is breathing someone’s name…for the first time this heart has loved someone” (Kal Ho Na Ho). Naina, with tears streaming down her face, stops in her tracks as her true love, Aman, says this. Aman has the diary of Rohit, Naina’s friend, in his hand and Aman is reading from it. But, Rohit did not actually write anything in his diary. The love that Aman professed was his own, but he sacrificed it to see Rohit and Naina together. 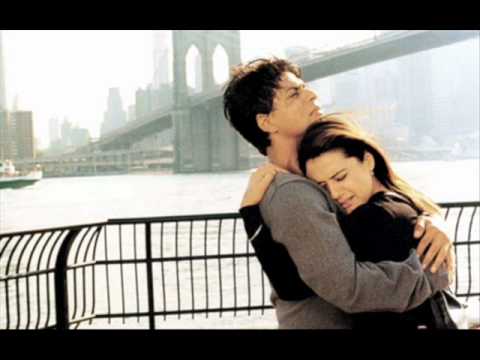 Naina Kapur is a 23 year old who forgets how to be happy after her father’s death. Whenever Naina is at home, all Naina hears is her grandmother and mother arguing over her father’s death. Rohit Patel and Naina are best friends and take MBA classes together. Rohit is in love with Naina, but is too scared to profess his love to her, since he knows that Naina considers Rohit her best friend. Aman moves to New York to receive treatment for his heart disease but ends up bringing love and happiness back into Naina’s life. Knowing that he would not live much longer, Aman sacrifices his own love for Naina. Aman also reveals the truth about Mr. Kapur’s death, which eases the strife between Naina’s mother and grandmother.

Shah Rukh Khan, Saif Ali Khan, and Preity Zinta are all very popular Bollywood actors and have great chemistry with each other. Shah Rukh Khan is considered the king of modern Bollywood and did an amazing job once again in Kal Ho Na Ho. He was the lead in the majority of the most highly regarded Bollywood movies, such as Dilwale Dulhania Le Jayenge, Kuch Kuch Hota Hai, and Kabhi Khushi Kabhi Gham. He is known for his dreamy yet intense look in his eyes, which is critical for a romance. He has also worked with Karan Johar, the director of this movie, to create blockbuster hits such as Kal Ho Na Ho. In this movie, Khan made his speeches with such passion and fervor that it was easy for one to think Khan was speaking to him or her. Saif Ali Khan is the son of Sharmila Tagore, a very famous Bollywood actress from the 1960s and is related to Rabindranath Tagore, the writer of the Indian national anthem. He also recently married into the Kapoor family, the family that founded Bollywood. So, he is part of Bollywood because of his connections. But, he truly is an amazing actor because he was able to lighten the tone of the movie by showing Rohit’s true love for Naina, thereby offering some solace for viewers. Preity Zinta mainly acts in romantic Bollywood movies, such as Koi Mil Gaya and Krrish. Her performance was just as amazing as expected. In this movie, she had to act as a simple girl who did not have past loves and she was able to play that perfectly. For example, she had to be awkward around Aman throughout the movie and she did that amazingly by stuttering or by lowering her eyes whenever he appeared. She depicted very well what it is like to be a girl who is not experienced with romance.

People of all ages will enjoy this movie, but females from 18-30 years of age are more likely to appreciate this movie, since the story is told from Naina’s point of view. Love is a main theme in this movie and people who believe in true love or hopeless romantics will enjoy it. There is much drama between the people in the love triangle, which is characteristic of Bollywood movies. So, anyone who believes that love is necessary and who delight in Bollywood movies would consider Kal Ho Na Ho his or her favorite movie.

Although Aman is a true gentleman in this movie, Rohit does not exhibit those same qualities. For example, after Aman finds out that Naina is living a life without love and affection, Aman makes sure that Naina receives Rohit’s love, which was hidden away for a long time. But, Rohit should have been able to profess his love to Naina by himself if he truly loved her. He loves Naina but develops relationships with other women instead of with Naina. Some may say, however, that Rohit is actually quite strong and independent because even though he knows that Naina loves Aman, he married Naina anyway.

As in most Bollywood movies, the song sequences mostly involve choreographed dance in traditional Indian garb. Kal Ho Na Ho, however, is different in that its song sequences are designed so that viewers will cry out of sadness and sympathy for Naina and Aman. At the same time, the songs are romantic and entrancing. One song, for example, shows Naina crying as she holds on to Aman during her wedding to Rohit. The directors, Karan and Yash Johar, were able to make viewers fall just as hard in love with Aman as Naina did.

The special effects appear in the beginning of the movie, when Naina is introducing the characters in the movie. Each time a new person appears, there is a still image and Naina introduces him or her and offers her opinion of that person. In terms of lighting, every scene was shot in full brightness, but the scene in which Rohit proposed to Naina was dark, which gave a gloomy feeling.

Karan Johar, the director, is very clever in terms of cinematography. For example, during the scene in which Aman faints, the cameras move rapidly and the images of people dancing are blurred to show Aman’s change in sight as he lost consciousness. Johar also chose to tell the story from an aging Naina’s point of view to fill in all the gaps in the story that she did not know before. For example, the younger Naina did not know that it was Aman who knocked coffee on her the first time they encountered or that Aman was reading from Rohit’s unwritten diary until Rohit filled in these details. This provides viewers with all the information necessary to understand the movie. Also, Johar does not reveal the reason for Mr. Kapur’s death until the very end of the movie, which adds in suspense to the romance and sadness of the movie.

After all, there is no need to be sad; Aman and Johar wanted viewers to take away this theme from the movie: “Listen…live…be happy…smile…Who knows? Tomorrow may never come” (Kal Ho Na Ho).