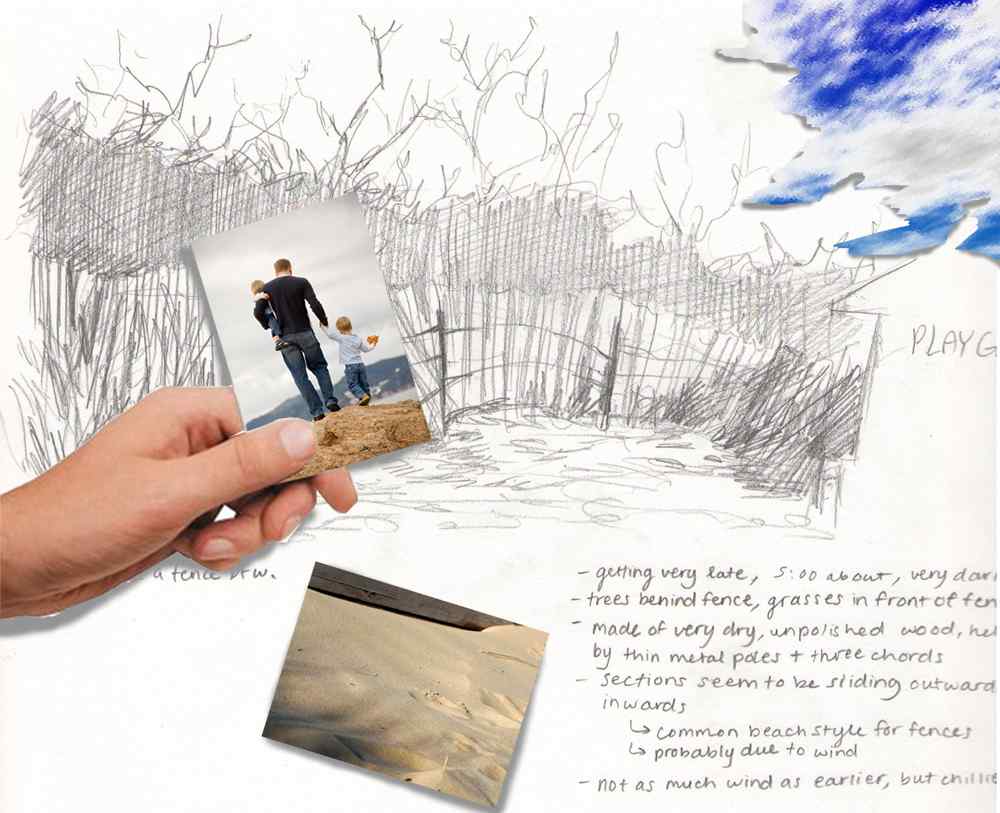 1. Find picture of sky. Paste. Lasso – mimic jaggy edges of torn paper
2. Cut, new layer, paste, delete old layer
3. Used brush to add gray under the cut sky image to make it seem like it’s resting on the picture
4. Repeated for Sand picture
5. Found a picture of a hand; lassoed the hand out into its own layer by cutting it and then pasting it on a new layer and then deleting the old layer
6. Found picture of the father and children, placed it in a layer under the hand layer
7. Used brush to add gray under those too.