An Introduction to Woodside 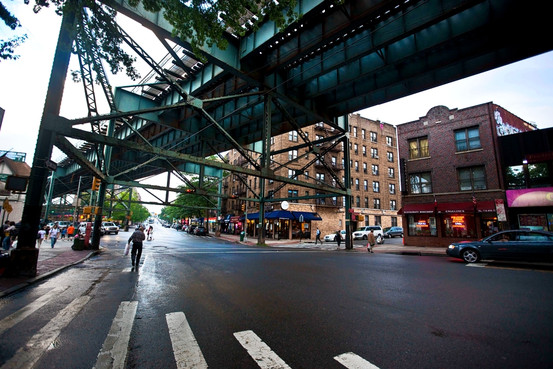 Woodside is one of the oldest suburban neighborhoods of Queens. Woodside is bordered on by Astoria to the North, Jackson Heights to the North East, Elmhurst to the East, Sunnyside to the West, and Maspeth to the South. Woodside is easily accessible by the 7, E, M, and R metro trains, or alternatively the LIRR.

Woodside is one of the largest neighborhoods in Queens. It was made popular by its wide scale diversity. In the 1860’s Woodside was known as the largest Irish American neighborhood in Queens. By 1930 80% of the total population of Woodside was Irish. In past 10-20 years however, the Irish population has significantly diminished (many either moved to different neighborhoods, or went back to Ireland). The 2000 census showed 88,339 people in Woodside at the time. The population was made up of 25.3% Caucasian, 2.9% African American, 38.1% Hispanic, 29.4% Asian, 4.3% other[1]. Since the population of Woodside is rather diverse, and no one group is significantly dominant over an other, the people of Woodside have become rather accepting of people, no matter the race, sexual orientation, or their sexual beliefs. When Joseph Conley, the chairman of Community Board 2, was asked why he believes Woodside has become so diverse and popular, he states that it is due to the safety of the area.

“What draws all those kinds of people, Mr. Conley said, is safety — the 108th Precinct, which covers the area, traditionally has some of the lowest crime rates in the city — and proximity to three subway lines, the Long Island Rail Road and several major roads.” [2]

Woodside is also well known for their many parades and community-wide events. The largest and most significant of these is the Woodside Saint Patrick’s day Parade (officially called the Saint Patrick’s Day For All Parade). While Manhattan does host a larger and better known Saint Patrick’s day parade, they do not allow members of the LGBTI community to participate in the parade. This really shows the how accepting the community is in Woodside, being the only place where anyone and everyone is encouraged to march in the Parade. This has attracted a large amount of people, most notably both the former and present NYC mayors, Rudolph Giuliani and Michael Bloomberg, as well as Hilary Clinton.

One of the downsides of Woodside is the lack of private schools. A large part of the community feels that the public schools are lacking, with average SAT scores being far below those of the city wide averages[3], so parents often look to alternatives. Reasons for this vary among parents from wanting to find smaller classes, or for religious purposes. Woodside’s most notable Private schools are the Seventh Day Adventist School. Much like the community this school is very diverse, with 46% Hispanic, 26% African American, 22% Caucasian, and 7% Asian[4]. A second notable school is the St Teresa School, which is dominated by Catholic Irish, Italian, and Hispanics. The main issue is that Woodside’s private schools are mainly primary  and intermediate levels, with only a very limited amount of private High Schools. According to Mr.Conley the schools in Woodside are extremely overcrowded, to the point where trailers are being used for overflowing classes.

Woodside has really distinguished itself and stood out from all of the neighborhoods of NYC, which is not an easy thing to accomplish in such a giant city which houses 9,000,000 people..  The community of Woodside has a great influence over the surrounding areas, and of people all over the city. It has become one of the best-known suburban neighborhoods in the country, and it continues to improve and evolve over the years.