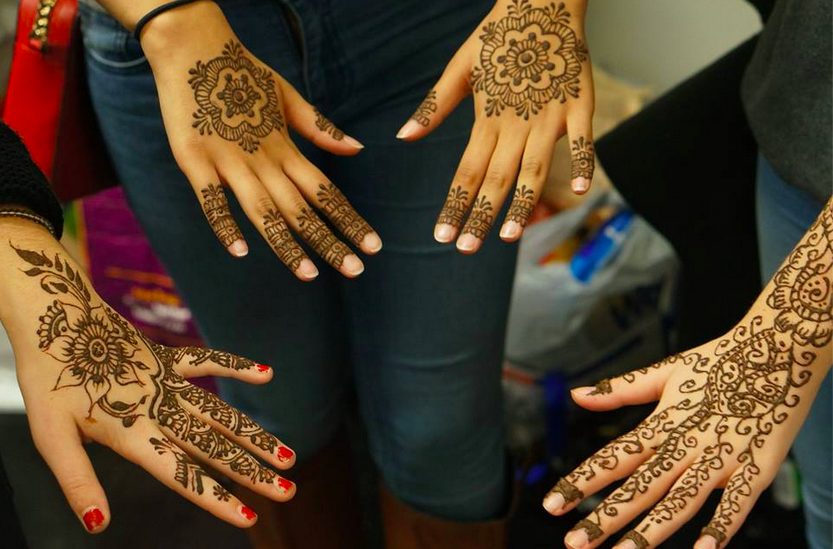 The beat of exotic Bollywood music, hands decorated with beautiful henna designs, and complicated dance numbers on the big screen were just some of the sights and sounds from Bollywood Henna Night on Friday, October 23rd. The event at MHC was hosted by the South Asian Health & Development Initiative (SAHDI), Macaulay’s newest service organization.

The event brought in a large, diverse crowd of students from Macaulay, CUNY, and beyond. Henna artists showed off their skills with meticulously created intricate designs. People munched on delicious samosas, pakoras, and aloo tikkis. In the screening room, a large audience gathered in excitement to watch a highly acclaimed Bollywood film, “3 Idiots,” a comedy about Indian college life. SAHDI’s first event had an impressive turnout of over fifty people and over two hundred dollars were raised. All proceeds will go towards their ongoing health and development projects.

Considering the lack of South Asian-based service and cultural clubs in Macaulay, SAHDI began as a collaborative effort by John Udara Mendis (City ’18), Tanvir Islam (City ’18), and Pooja Dutta (City ’18) last May as an effort to increase awareness of South Asian culture and issues that the particular community faces. Its focus includes public health advocacy, healthcare and educational access, rural development, women’s empowerment, and social entrepreneurship. Its vision is to bring attention and facilitate solutions to issues facing underprivileged communities abroad and in New York City.

SAHDI members have been fervently attending meetings since the start of the fall semester and working hard on three initiatives:

Excited for its future, SAHDI club members are looking forward to the rest of the school year. Upcoming events include a Macaulay Masti (which will include karaoke and cooking workshops), Macaulay Mela (a large South Asian cultural festival), a Bollywood Dance Night, and a Gender-Bender Fashion Show. Stay tuned to hear more about these events and other developments. If you are interested in joining or learning more about their work, please visit their FB page and group.