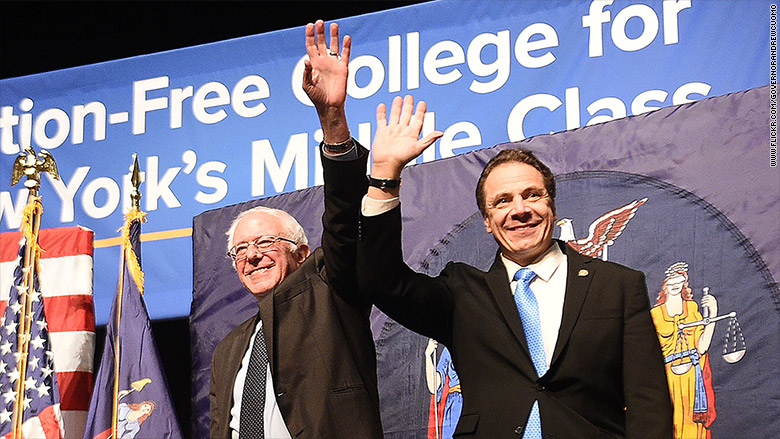 Governor Andrew Cuomo announced the passage of the Excelsior Scholarship, the nation’s premiere tuition-free program instated in April of 2017. Under the FY 2018 State Budget, the scholarship guarantees tuition-free college to families making up to $125,000 per year who fit specific criteria that align with the government model. Included in the budget is $8 million, allocated to educational resources for students at CUNY and SUNY Colleges. The program will begin in the Fall of 2017.

In accordance with Cuomo’s statistics, nearly 80% of families with college-aged children across New York will benefit from the Excelsior Scholarship. This percentage translates into more than 940,000 households statewide. The majority of these families reside in New York City, followed by Long Island and the Hudson Valley region.

In a statement released on his website, Cuomo explains the premise of the program: “The Excelsior Scholarship will make college accessible to thousands of working and middle class students and shows the difference that government can make. There is no child who will go to sleep tonight and say, I have great dreams, but I don’t believe I’ll be able to get a college education because parents can’t afford it. With this program, every child will have the opportunity that education provides.”

Anna Davila, senior at Baruch College, believes that the new program “is risky” when looked at closely because “it ties” students into staying in New York and “in a way, forces them into paying off debt to the city.”

Students at the Macaulay Honors College, who enlisted in the college as per its mission of “providing a unique undergraduate experience and the opportunity to graduate for free,” now question the value of the degree within a system that universally provides a no-cost solution.

This mindset follows to students of private colleges as well as administration who must face the reality of state-wide cost-free tuition opportunities. Leading educators of Pace University have criticized the program, citing that its effect on tax dollars may lead to an effect inverse to what is expected. President Nyre of Iona College condemned the program, explaining that it “limits choice.”

To apply for the Excelsior Scholarship, a student must adhere to four specific guidelines. He/she must be a resident of New York State, attend a SUNY or CUNY school in a 2-4 year program, enlist in 30 credits per calendar year, and plan to work in New York post graduation for the length of time they participate in the scholarship program.

To maintain the scholarship, students are requirement to maintain a GPA required for the completion of their coursework. In this way, Cuomo believes that the scholarship will promote timely degree completion and “enable thousands of students to realize their dream of a college education.” Whether or not this dream will come through is what will be decided this fall and over the following two years of its instatement.