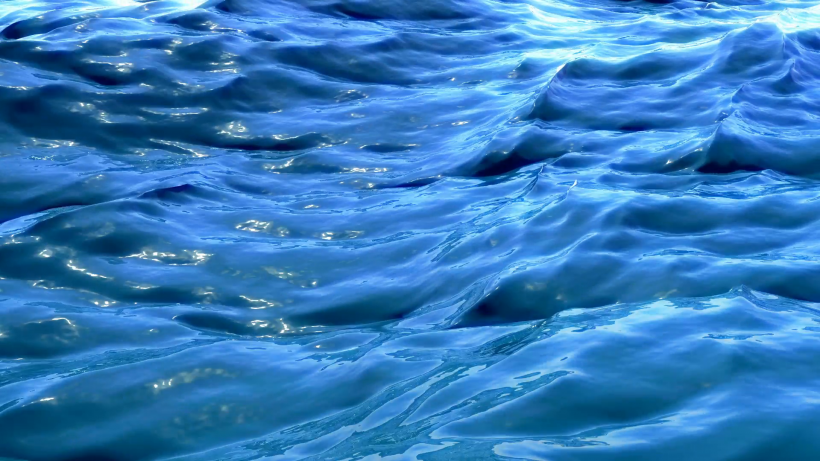 The first few months of 2019 have been cause for despair and pessimism among many. Terrorism, like the white supremacist massacre of 51 Muslim worshippers in Christchurch, New Zealand in March; coordinated suicide attacks which murdered 253 people in Sri Lankan churches and hotels on Easter Sunday; and the antisemitic murder of a woman at the crowded Chabad of Poway synagogue near San Diego last Saturday, which could have been far more deadly had the perpetrator’s AR-15 rifle not jammed, serves as a disturbing reminder that religious intolerance, bigotry and xenophobia are no strangers to the modern day. Simultaneously, climate change continues to exponentially worsen, foreshadowing a future world of severe drought, famine, political and economic instability, as well as natural disasters like hurricanes and coastal flooding.

The response of many? Absolve themselves of responsibility. Those who spew murderous hatred will continue to do so, and those who burn coal and pollute oceans are out of my control, many people maintain. Yet, it is precisely this attitude, when multiplied by the millions upon millions who employ such methods of avoidance, that helps facilitate the reign of evil and destruction. Are we to forget Edmund Burke’s timeless warning, “The only thing necessary for the triumph of evil is for good men to do nothing…?”

Apathy is understandable by no stretch of the imagination. News outlets tend to report on tragedies and horror stories, causing us to perceive the world in highly negative terms. By contrast, we view ourselves, our close relatives and friends in more positive terms, sheltering them from the planet’s perceived dangers, be they human or environmental. In harboring apathy, we cast an aura of blame upon the government (that we elect) and extremists (who we enable), all the while comforting ourselves through denial and blame.

We fail to recognize the ripple effect of our every action and thought upon those with whom we make contact, making our deceptively tiny choice to ignore the damaging gossip we overhear about a peer, or our choice to toss a piece of litter onto the ground “just this once” prone to the magnifying effect of time. We fail to realize in the pleasure of the moment that we reap what we sow, that actions repeated over time produce amazing — or disastrous — results, and that over millions of years, something as gentle and seemingly harmless as water can erode something as grand and seemingly invincible as the Niagara Falls. We fail to make the small, daily choices — in both our rhetoric and actions — that will empower us and our loved ones to ditch the crushing pessimism that continues to allow innocent people to die and our ravaged Earth to deteriorate.

While it is simple to make small changes in our daily lives — to share a kind word, schedule a 20-minute daily walk with a friend, read a few pages in a book each day, or simply look up from our devices at the human beings in front of us — it is certainly not easy. The defeating sense that our actions are useless continues to plague us as we hear yet another story about innocent people murdered in cold blood, yet another civil war waged in some distant part of the world, yet another regime repressing the humanity of the people it alleges to represent. The enormity of the task at hand instilling awe and fear within us, we fall prey to our own repressive thoughts, such as “you aren’t enough” or “your life is meaningless.” We choose to cower in the face of adversity, since, after all, our inability to produce tangible, large-scale change speaks to our inefficacy and life’s futility, right? Wrong.

The problem is not that our efforts are inherently ineffectual, nor that we concern ourselves with the wrong issues. It is rather that we focus our efforts in the wrong place. In wishing that the world would change, we perform a few actions here and there, but when drastic change fails to occur, we resign, insisting that because others cannot and will not change, we may as well never bother. Disillusionment trains us to settle on the status quo, to convince ourselves that the world — and we — are doing just fine, when we know full well that tomorrow’s tragedy will remind us again that the world is acutely not fine. It is a cycle of horror and absolution. Such an approach stands deeply at odds with Mahatma Gandhi’s philosophy on change, a philosophy that empowered him to lead India to independence and produce a global ripple effect, inspiring freedom and civil rights movements across the globe, which can be summed up in the following quote: “As human beings, our greatness lies not so much in being able to remake the world — that is the myth of the atomic age — as in being able to remake ourselves.”

What exactly did people like Gandhi do to spark massive change? Did they wake up one day and decide to change the world? Like most people, they were likely concerned that the world starkly contrasted their own set of internal values. Yet, rather than trying in vain to change the world altogether, they proactively decided to take action in the one area they most reliably could — within themselves. As they developed positive habits of thought and deed that worked in harmony with their philosophy and sense of purpose, time gradually transformed these individuals into sources of wisdom and inspiration for increasingly large groups of people. Nonetheless, the methods certain people have utilized to achieve greatness, namely small, positive habits coupled with the universal element of time, are readily accessible to each one of us. Just as the most influential among us began by influencing only those in their immediate sphere, each one of us possesses a unique group of relatives and friends, people we inevitably influence through our every action. Still, many of us fail to capitalize on those factors we can control, wasting our energy vainly attempting to influence others without a solid foundation.

Ironically, the more we focus on controlling that which we cannot, the less influence we actually have. In his bestselling personal success novel, The Seven Habits of Highly Effective People, Stephen Covey captures this idea brilliantly in his chapter on proactivity. He explains that there exist two main areas of focus in our lives, one being our “Circle of Influence” and the other our “Circle of Concern.” Most of us concern ourselves with matters beyond our immediate control. Those who focus on things beyond their power, Covey explains, only manage to increase their sense of frustration and powerlessness, actually reducing the scope of their influence. “Proactive people,” on the other hand, “focus their efforts in the Circle of Influence. They work on the things they can do something about. The nature of their energy is positive, enlarging and magnifying, causing their Circle of Influence to increase” (90). What, then, is the solution to seemingly unsolvable global crises? It is to focus intensely on that which you can control, for in time you might just begin to gain influence in areas you had never thought possible.

Sadly, heart-wrenching tragedies and catastrophes are bound to flood our television screens and social media feeds for years to come. Nevertheless, we each can choose whether we will absolve ourselves of responsibility, or actively work within our respective spheres of influence to improve ourselves, inspire our loved ones and gradually transform our ripples into waves — and tsunamis. Moving forward in 2019, may we each find the power within ourselves to heed the wisdom of an ancient Mishnaic quote: “It is not your responsibility to finish the work, but neither are you free to desist from it” (Ethics of the Fathers, 2:16).

“Overwhelmed by climate change? Here’s what you can do” [The Guardian]

“Your Questions About Food and Climate Change, Answered” [The New York Times]