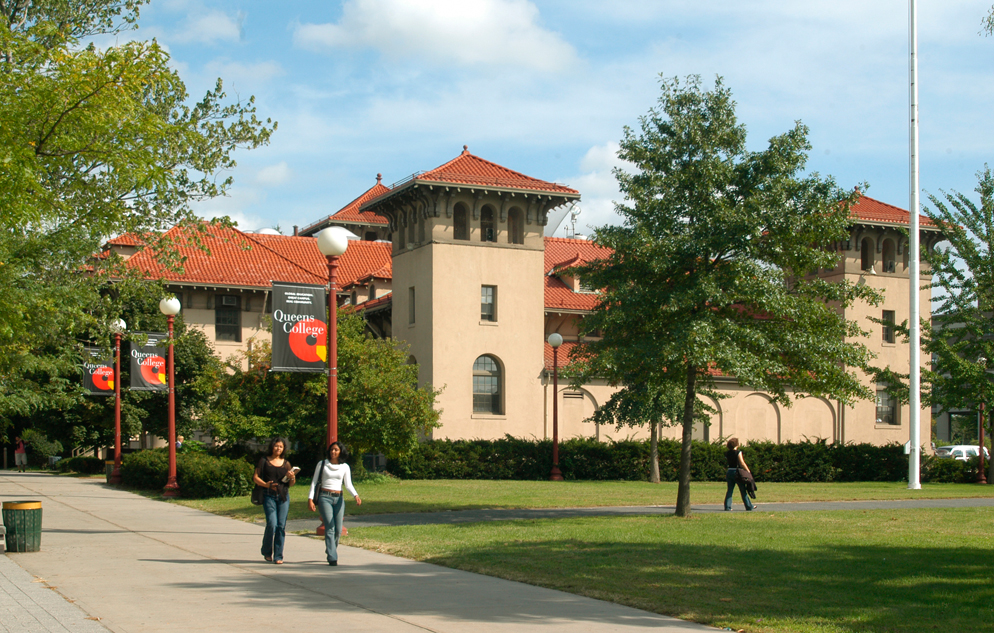 Jack Kerouac famously attributed his writing skills to the mantra that to be a good writer, one needs to have a good ear. Referring to the need of a writer to observe interactions and familiarize oneself with language patterns of groups or individuals whose character you wish to emulate, Kerouac’s method is one of paramount relevance to writers—past and present.

Walking across campus, like Kerouac, I listen. Reflective of Queens County’s title as the most diverse place on the planet, the microcosm of Queens College represents a prideful celebration of the diversity of its student body. In the clubs, classes and naturally-formed student cliques that exist on the campus, the county’s characterizing diversity is apparent in both recognition of individual identities, as well as in fusions across different cultures and languages.

As a native English speaker and a resident in a community comprised heavily of other native speakers, striking me almost immediately was the chatter heard on the bus and in the hallways of the college. Though doubtless similar to other CUNY campuses in regard to the presence of a diverse student body, the feeling on the Queens Campus can be understood only through the ear: hundreds of languages living, existing and mixing in each moment.

After my initial wonder for the linguistic dissimilitude on the campus, questions emerged about the experience of the students I was hearing. Though many students at Queens speak English and another language fluently, there is a community also of emergent-bilinguals at varying levels of proficiency. This includes some students who may not speak English as their first or preferred language, or those who are not fluent in the English language. Hearing these students, I wondered their fates in the largely monolingual class environment of the outwardly-linguistically diverse school. What resources were available to a student whose mastery is not the English language, but whose schooling mandates their compliance with this de-facto school conduct?

Though boasting incredible diversity, less common was evidence of institutional support for these students, as the majority of professors and courses—aside from foreign language classes—are taught in English and feature little reprieve for non-fluent multilingual students. Last year, this resource gap was recognized and seized by a collaboration between the Queens College English Department and First Year Writing program in a pilot program called the Language Lab. The Language Lab—a trial in pedagogy and student-to-student tutoring—had its mission as a program aimed at fostering writing development in first year multilingual writers at Queens College. Pairing up multilingual—often international or transfer—students experiencing difficulty with writing for courses required by the college and fellow Queens College students, the program sought to aid these emergent writers and provide specialized support that more well-known resources, like the college Writing Center, could not adequately provide.

Working with the Language Lab during its inception and trial period, and tutoring my own group of students, I became more keenly aware of the divide that can separate, often without notice, struggling students who feel at times embarrassed or frustrated by the challenges they face in understanding lectures or completing writing-based assignments. Naturally, the program did not solve the plight of those many multilingual Queens College students. However, I alone noticed immense improvement in both skill and confidence of my tutees—an observation shared by my fellow tutors respective to their own student groups. The true success of the program, rather than providing proof of the need to give institutional language support to multilingual writers, remains the focus on connecting students to help one another and promote exchange of ideas and language freely. To have a good ear is to have the capability of exceptional writing. Perhaps, though, a side effect is a capability to produce other great writers.