Focus on a Different Future Instead?

Cuomo’s Demise: How his Nursing Home and Sexual Harassment Scandals have ruined his heroic image

Avatar at Arms: Why do people hate Avatar Korra? 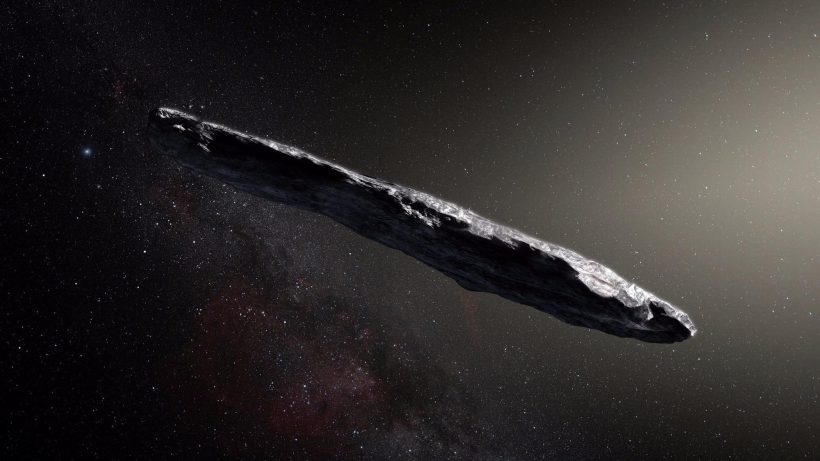 It is not often that astronomers get a chance to explore interstellar bodies within close proximity. The farthest we have reached into interstellar space is Voyager 1 which, at the time of writing, is located over 21 billion kilometers away. Its only contender, Voyager 2, is still located within the heliopause. On October 19th, however, a spectacular discovery was made. Interstellar space reached out to us in the form of an asteroid. This object, named ‘Oumuamua by Hawaii’s Pan-STARRS 1 team, is the first interstellar object to be discovered by mankind. It was initially believed to be a comet originating from the Oort cloud, an area in the outer parts of the Solar System populated by icy rocks. When astronomers pointed telescopes at it though, they discovered that it had a shade closer to red suggesting that it was in fact an asteroid.It’s name was then changed from C/2017 U1, to I1/2017 U1 or A/2017 U1 due to its new categorization shortly before being finally given its Hawaiian name,

This was not the only thing that was striking about the object however. A quick analysis of its motion suggested that it had a velocity much too large to have a stable orbit in rotation around the Sun. ‘Oumuamua came from outer space! The diagram on the right illustrates the path of the body through the Solar System. Unlike previously discovered asteroids, this body is not bound by the gravity of the Sun.

Further analysis of its refraction of light also suggested that it had an oblong shape. Readers with a basic understanding of planetary science will know that egg-like shapes are not rare in space. When blobs of matter are spun relative to an axis fast enough, they will bulge along their equator. While our first interstellar visitor was rotating around a similar axis, it was in no way oval in shape. The object was better described as reminiscent of a cigar, with its length being as much as 10 times its width and a radius of just over 100 meters.

The plot above shows the asteroid’s brightness throughout 3 days. According to ESO its range in brightness “is due to the very elongated shape of this unique object, which rotates every 7.3 hours. The different coloured dots represent measurements through different filters, covering the visible and near-infrared part of the spectrum. The dotted line shows the light curve expected if `Oumuamua were an ellipsoid with a 1:10 aspect ratio.”

Its path of origin in combination with its strange shape intrigued the science fiction world which likened it to popular titles like Rendezvous with Rama by Arthur C. Clarke, in which a similarly shaped alien starship enters the Solar System, and Star Trek’s very own Doomsday Machine. Unfortunately there is no evidence that the object has ever come in close proximity to another system, disproving any theories that its origins are biological.

While it probably isn’t a carrier of alien life, investigating this object with a spacecraft is still worth our consideration. This asteroid was on its way to the Sun for billions of years, meaning we could learn more about the origins of the universe through it. Such a feat, while difficult, is not impossible. The difficulty in the task arises with the fact that the ‘Oumuamua is already on its way out of the Solar System and that it is traveling at 27 kilometers a second. The closest speed a man-made object has reached is the aforementioned Voyager 1 craft, which just barely undershoots 17 kilometers a second. Modern ignition systems could bring a craft to a speed faster than that of the asteroid with the aid of the Sun’s gravity and a successful Oberth maneuver. The problems don’t stop there, however, as the faster we make the craft go, the sooner we will reach the asteroid, but we will also have less time to collect data once we reach our destination. Similarly when talking about such large distances, the smallest error in a maneuver can cause a world of difference. The object is tiny in cosmological terms and any mistake, small or large, could mean total mission failure.

While we might never chase after ‘Oumuamua, our most first interstellar visitor has taught us an important lesson in preparation. It is time for mankind to prepare space missions that could drop into orbit on the occasion that another such guest visits our system.