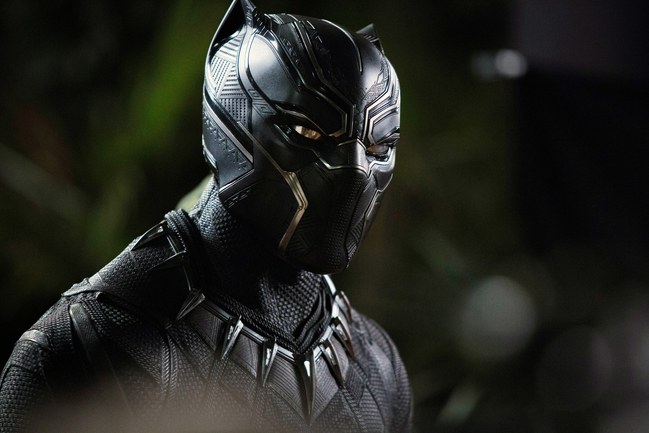 Marvel Studios is credited for revolutionizing the cinematic experience by acting as the first major studio to release a black superhero movie. Black Panther, directed by award-winning screenwriter Ryan Coogler, tells the story of T’Challa, the first son of the now-deceased King of the African nation, Wakanda. T’Challa, who bears the title “Black Panther,” returns to his homeland to lead his tribe to greatness. Upon his arrival, however, he is challenged for leadership by old enemies who lead neighboring factions. To protect Wakanda from an impending war, T’Challa teams up with the F.B.I. and unleashes the superhuman powers within him that come from “the heart-shaped herb” ingested by his ancestors.

The original Black Panther character, created by comic writers and editors Stan Lee and Jack Kirby, dates to the 1966 feature Fantastic Four. Since then, the character (portrayed by Chadwick Boseman) gained recognition for his 2016 cinematic debut in Captain America: Civil War. In the notable transition from cartoon to live-feature, the film officially returned to screens over 40 years later with a breakout, predominantly black cast (about whom audience members rave). The film features American actor, writer and producer Forest Whitaker; Oscar-winning Lupita Nyong’o; the critically-acclaimed Michael B. Jordan and international celebrity Letitia Wright.

Released on February 16, the film comes at the core of Black History Month, 28 days of remembrance for the contributions of African Americans. In a nation of tension and minority under-representation (especially in the media industry), Black Panther redefines the standard for the stereotypical superhero by embodying and celebrating black excellence. The essential figure is powerful, respectful as well as respectable, and resilient. Black Panther’s roots, both literally and culturally, are fundamental in crafting the film’s appeal.

Upon its release, the film dominated the box office, generating $108 million at 4,020 North American locations. This is the second-highest box office weekend following Star Wars: The Force Awakens. Since the first weekend release, the film has surpassed the $700 million dollar threshold, garnering recognition from a diversified array of Marvel enthusiasts who pay testament to its revolutionary upcoming. As captured by Chadwick Boseman, Black Panther is “a renaissance of black film.”  It is a cultural, artistic movement in and of itself.

In an interview, Director Coogler addressed central themes of the film, some of which include identity, power struggles, battles across battlegrounds, etc. He stated:

“For me, in retrospect, I realized a lot of what I deal with as an artist is with themes of identity. I think it’s something common among African-Americans. For us, we’ve got a strange circumstance in terms of our view of ourselves.”

In a quest for authenticity, Coogler traveled to the African continent for the first time prior to shooting.  His reason:

“I have to go if I’m making this movie. I’m not qualified just because I look like this.”

The value exhibited by Coogler is one critics have appreciated and deemed a critical factor in the film’s success, especially in a time of voicelessness. Coogler establishes identity for himself, his characters and movie-goers.

In a tag-team, Boseman too celebrates identity. Boseman embodies T’Challa in his portrayal of the fierce superhero and throughout his everyday life. “As an African-American, I know you’re disconnected from your ancestors and your culture and your traditions,” he told Rolling Stone. “Here’s my way of welcoming you back.”

The film is expected to “welcome back” crowds of domestic and international movie-goers to neighboring theaters for weeks to come.